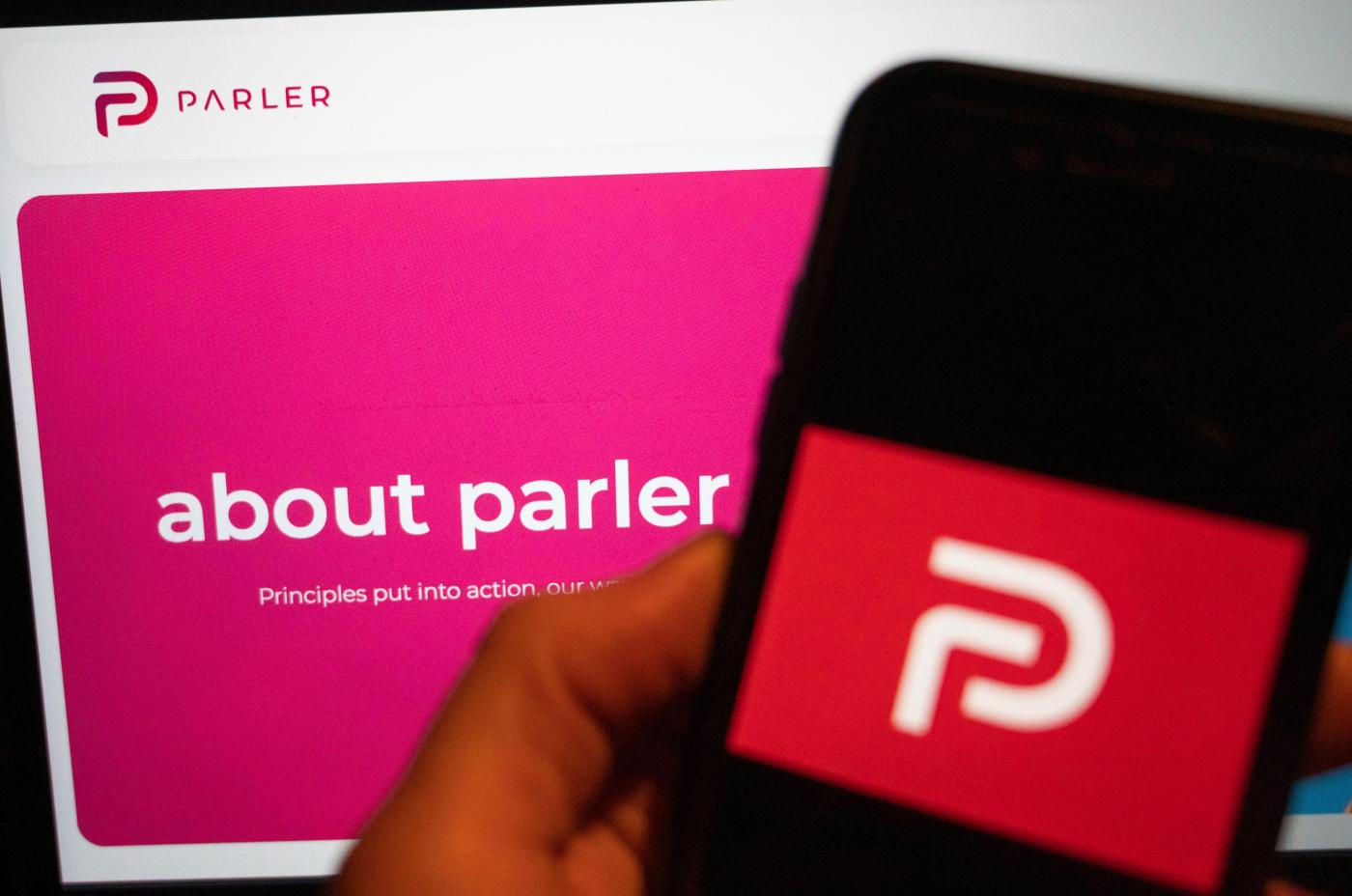 The conservative-friendly social network Parler was booted off the internet Monday over ties to last week’s siege on the U.S. Capitol, but not before hackers made off with an archive of its posts, including any that might have helped organize or document the riot.

Amazon kicked Parler off its web-hosting service, and the social media app promptly sued to get back online, telling a federal judge that the tech giant had breached its contract and abused its market power.

It was a roller coaster of activity for Parler, a 2-year-old magnet for the far right that welcomed a surge of new users and became the No. 1 free app on iPhones late last week, after Facebook, Twitter and other mainstream social media platforms silenced President Donald Trump’s accounts over comments that seemed to incite Wednesday’s violent insurrection.

The wave of Trump followers flocking to the service was short-lived. Google yanked Parler’s smartphone app from its app store Friday for allowing postings that seek “to incite ongoing violence in the U.S.”

Apple followed suit on Saturday after giving Parler a day to address complaints it was being used to “plan and facilitate yet further illegal and dangerous activities.” It was later joined by Amazon, which informed Parler it would need to look for a new web-hosting service after Sunday.

Parler CEO John Matze decried the punishments as “a coordinated attack by the tech giants to kill competition in the marketplace.”

Parler’s lawsuit in a Seattle-based federal court makes the argument that Amazon violated antitrust laws to harm Parler and help Twitter. It also alleges Amazon breached its contract by not giving 30-day notice before terminating Parler’s account. Amazon and Parler did not return requests for comment about the dispute Monday.

Matze has signaled there is little chance of getting Parler back online anytime soon after “every vendor, from text message services, to e-mail providers, to our lawyers all ditched us too on the same day,” he told Fox New Channel’s “Sunday Morning Futures.”

In a Monday interview with Fox Business, he said the company “may even have to go as far as buying and building our own data centers and buying up our own servers.”

Trump may also launch his own platform. But that will not happen overnight, and free speech experts anticipate growing pressure on all social media platforms to curb incendiary speech as Americans take stock of Wednesday’s violent takeover of the U.S. Capitol by a Trump-incited mob.

Meanwhile, a group of activist hackers have salvaged much of what happened on Parler before it went offline and said they plan to put it into a public archive. One described the operation on Twitter as “a bunch of people running into a burning building trying to grab as many things as we can.”

The action to download and archive posts, including image files that can be tied to geographic locations, has instilled some fear in Parler users, though law enforcement would likely have been able to access the data anyway, and experts said the archive does not include information …read more

24 Hour Fitness founder and CEO Mark Mastrov is trimming the selling price of his Lafayette mansion by $3.55 million to $9.95 million. The home was originally listed for $13.5 million. Click here if viewing from a mobile device. The 8,000-square-foot estate in Happy Valley offers extravagant indoor-outdoor living. An expansive great room with an […]

SAN JOSE — The Christmas Day coronavirus outbreak at Kaiser Permanente San Jose continued to spread Tuesday — and hospital workers aren’t the only ones getting sick. For the first time, 15 patients on Tuesday were added to the growing list of people infected after an employee traipsing through the emergency department in an inflatable […]

Melania Trump house-hunting: What about Mar-a-Lago?

As Melania Trump faces the end of her tumultuous time as first lady, she became the subject of a new report Tuesday that raises questions about where she and Donald Trump will eventually live. It has long been believed that Melania Trump and the outgoing president would settle at his Mar-a-Lago resort in Palm Beach, […]