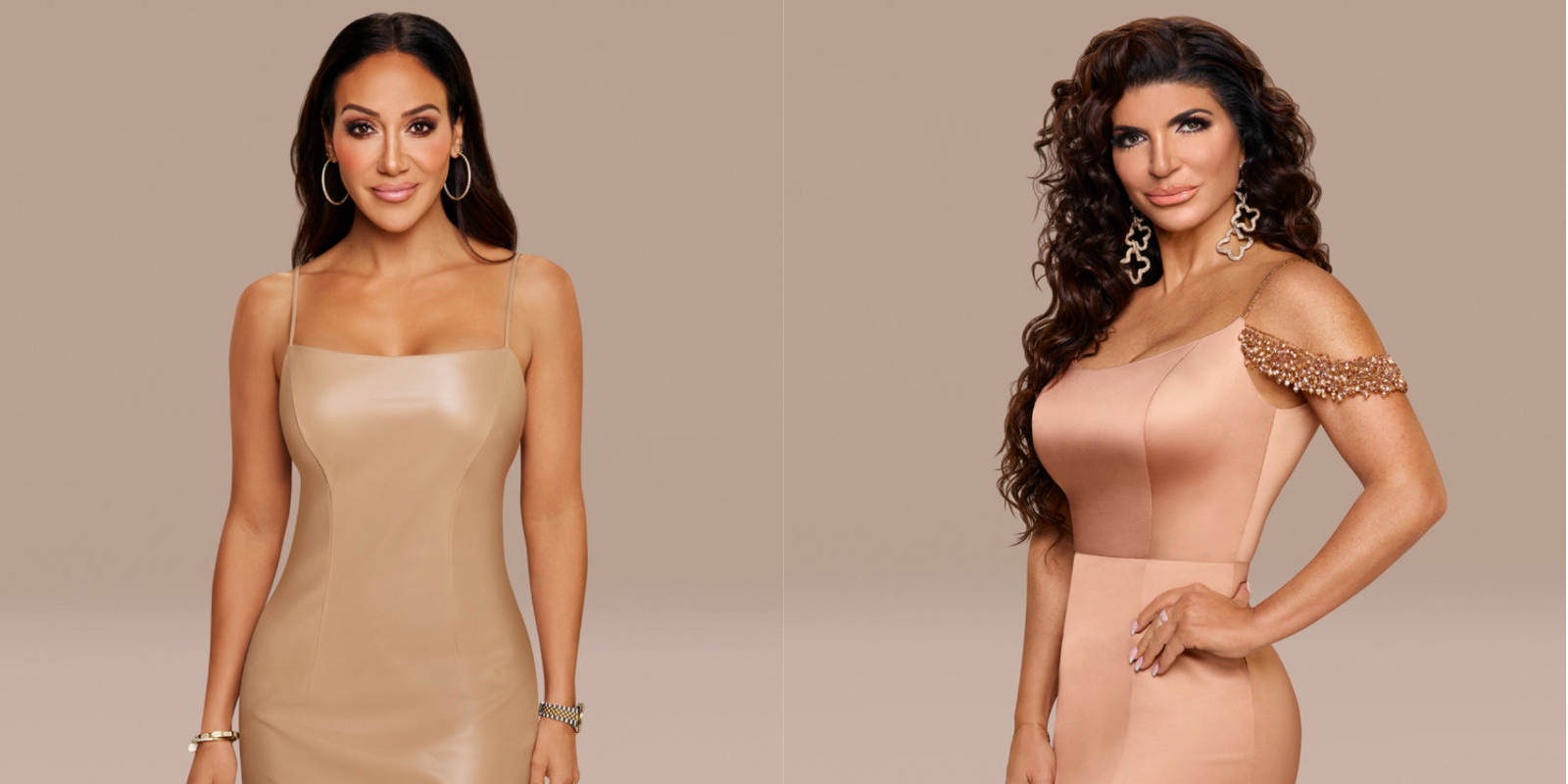 Real Housewives of New Jersey fans are anticipating big drama during season 13 of the Bravo series. As the Gorga family issues continue to take center stage, Melissa Gorga has pledged to viewers she and her husband Joe, Teresa Giudice‘s brother, “don’t hold back.”

Per a Bravo press release, the series’ first episode of the season is supersized at 75 minutes. Returning for season 13 are housewives Teresa Giudice, Melissa Gorga, Margaret Josephs, Dolores Catania, and Jennifer Aydin.

The women are joined by new cast members Danielle Cabral and Rachel Fuda. Jackie Goldschneider returns as a friend this season, alongside new friend Jennifer Fessler.

This season fans will watch as Teresa plans her fairytale wedding to Louie Ruelas. However, her relationship with Joe and Melissa is on shaky ground, so her wedding plans could hit some bumps.

Melissa said that this season, she will open up to some of her castmates but this will only lead to more heartbreak for the mother of three. She said to Bravo’s Daily Dish, “There’s other cast members that you’re gonna see this season that I get close to, that I open up to, that I let in again and really truly try.”

“And once again, I get slapped in my face,” she revealed.

However, Melissa said she plans on standing up for herself as the season progresses. She admits she and her husband Joe “put on our big-girl panties” and were “done taking the bull****.”

“You’ll see that from Joe and I both,” she added. “We don’t hold back this season. We speak our minds.”

Will the couple and Teresa mend their broken family ties?

On the January 12 episode of Melissa Gorga’s podcast, the reality star spoke about season 13’s trailer. The couple spoke about how upset they were to hear Teresa say that it was Melissa who wanted to keep her and her sibling apart.

Teresa said during season 12, “[Melissa]’s always wanted to keep my brother and I apart. She got her wish.” In response, Melissa said, “Like, really? What I wanted? Or what someone has created and literally placed in our hands?”

Melissa shared it was a “joke” for her to hear her sister-in-law speak about her and Joe in that manner.

It doesn’t happen often, but every once in a while there’s a major technology paradigm shift with new products or services that vastly change the landscape or empower us to do things we couldn’t do before. These paradigm shifts can also change how the tech affects our lives for better and worse and sometimes elicits […]

Rep. Santos denies claim that he performed as drag queen

By Julian Jones and Elizabeth Hsrtfield | CNN Embattled Republican Rep. George Santos is strongly denying claims that he once performed as a drag queen. “The most recent obsession from the media claiming that I am a drag Queen or ‘performed’ as a drag Queen is categorically false,” the New York congressman tweeted Thursday after […]

A turnover on an inbounds pass from Alex Caruso to Zach LaVine was the final straw in the waning seconds of the Chicago Bulls’ 108-103 loss Tuesday to the Los Angeles Clippers. Instead of a potential game-tying 3-point attempt before the buzzer, the mixed-up play led to LaVine’s sixth turnover of the night and sent […]