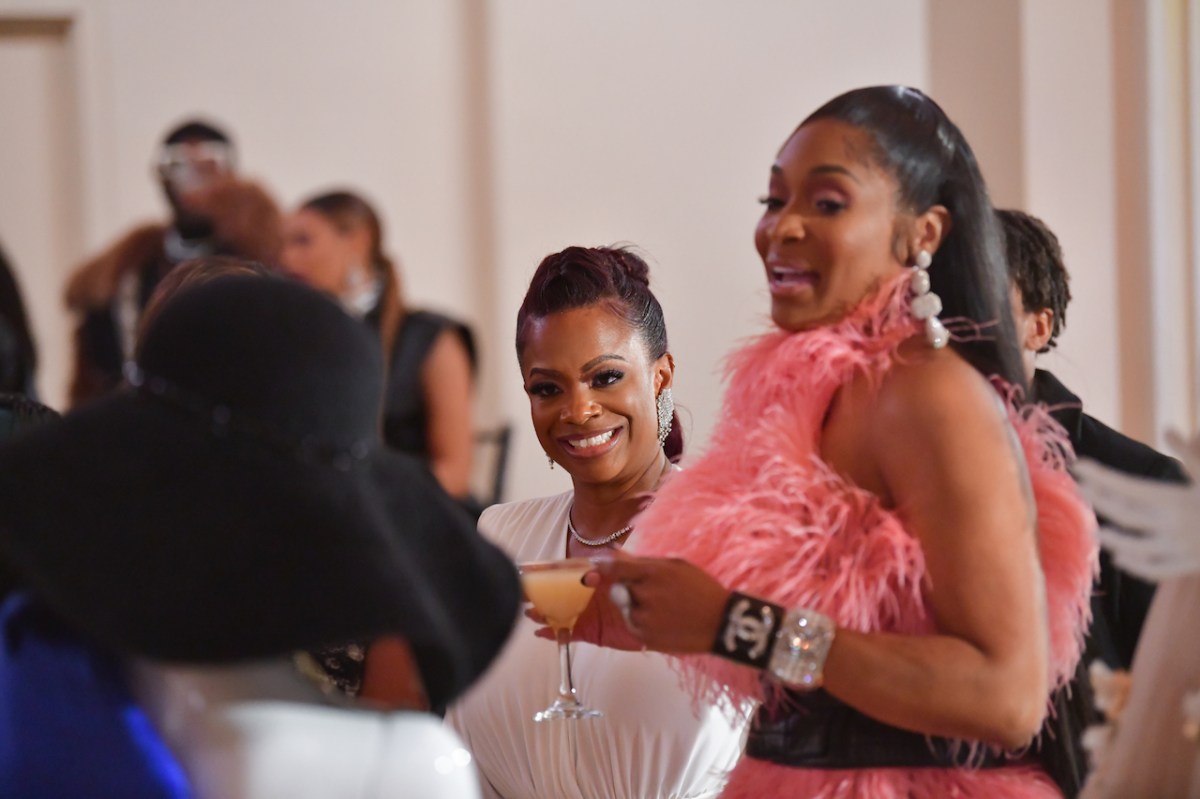 Fans of The Real Housewives of Atlanta have watched Marlo Hampton seemingly unnecessarily shade Kandi Burruss all season long. Aside from bringing up Burruss’ alleged sexual history, Hampton has alleged that Burruss is selfish. The allegation stunned Burruss as Burruss was one of the only cast members to vouch for Hampton to be a full-time cast member, and she also had a show greenlit on another network with Hampton at the center.

Hampton says the show’s contract didn’t make sense for her, which is why the show never moved forward. According to another influencer who was cast on the show, Hampton would have been paid much less in her first season than what she was used to on the Bravo reality series.

Marlo Hampton was set to star in an ensemble reality show on We TV produced by Kandi Burruss and Todd Tucker, but the show was canceled

Hampton has been a staple on RHOA since Season 4, but only as a friend to the show. By season 7, she was no longer on the show as it was rumored she was axed because of making a slur against the LGBTQ+ community. During that time, Hampton approached Tucker and Burruss to create a show based around her.

The show was titled Haute Lanta and featured an ensemble cast of movers and shakers in the Atlanta fashion and blog scene. In addition to Hampton, also cast in the show was Project Runway alum Ken Laurence, The Fashion Show alum Reco Chapple, celebrity blogger Funky Dineva, Kontrol Magazine editor Julian Clark, and a few others.

But just weeks before shooting, the show was canceled. The Jasmine Brand reports that the show was canceled due to Hampton’s diva behavior. “She had too many demands, and she wasn’t willing to budge. She has some star power, but for a new show, there’s not much of a budget. Marlo wanted too much,” a source told the outlet.

During the Season 14 reunion special, Hampton confronted Burruss about the failed show. According to her, the reason she opted not to move forward with shooting the show is because the contract was not a good offer. In a recent YouTube video, Dineva corroborated Hampton’s assertion.

“What Marlo said about the contract not benefitting her was 100% correct. Those people offered us $1,400 an episode,” he explained. “Marlo was already probably used to getting her per day rate over at The Real Housewives of Atlanta, she was already used to flying first class on that show because I remember it got me…I remember one of Marlo’s sticking points was she wanted them to change it to a first-class ticket citing that Bravo flies her first class. Certain things like that, the network was unwilling to budge on because this was a start-up show with a start-up budget.”

Behind enemy lines: Are Broncos already trouble or just some early growing pains with a new regime?

Five questions with Denver Broncos 9News beat writer Mike Klis heading in to Sunday night’s game against the 49ers in Denver: Q: The Broncos are a few goal line mistakes away from being 2-0, but it seems there’s a lot of discontent among the fan base after a less-than-impressive win over Houston. Is this just […]

Portia de Rossi, Ellen DeGeneres, and Rosie O’Donnell | Jeff Kravitz/FilmMagic “We had a little bit of a weird thing,” O’Donnell explained. ” “After my show went off the air, and her’s was coming on the air, Larry King was on with Ellen and he said, ‘Whatever happened to Rosie O’Donnell? Her show went down the […]