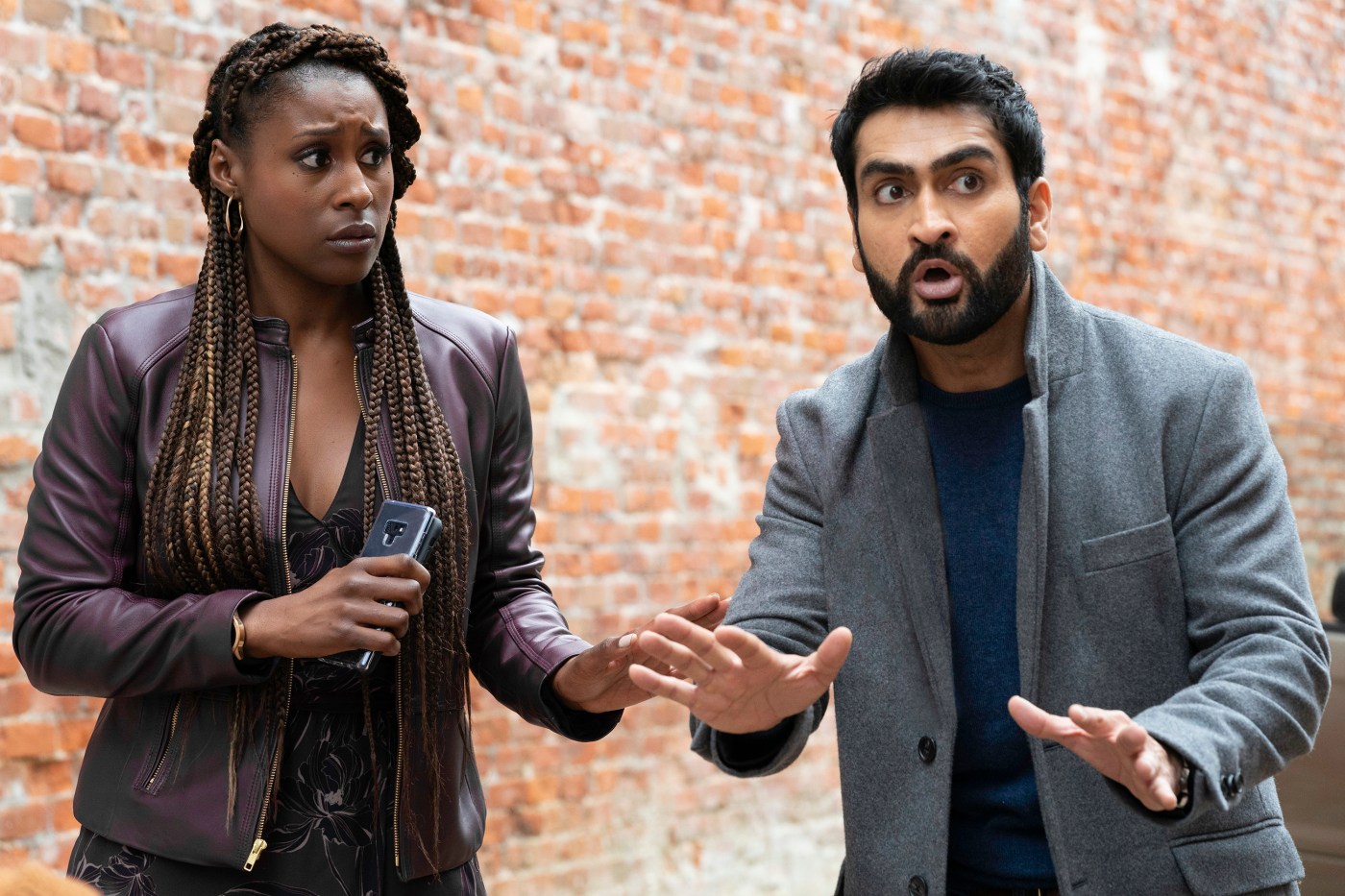 “The Lovebirds” stars Issa Rae and Kumail Nanjiani are two of the most exciting voices working in film and television today, as actors, writers and creators. Rae’s “Insecure” and Nanjiani’s “The Big Sick” are both vibrant, stimulating and fresh and rooted deeply in the diversity of their own experiences. So it’s at least notable that this film, a dark, night-goes-wrong comedy that seems very much in each of their wheelhouses, was not created or written by either. And at times, you kind of wish it had been.

As it is, “The Lovebirds” feels a little too familiar and a little too safe, like all the edges have been smoothed out. Perhaps that’s because it was originally a studio film that was supposed to open in theaters nationwide. But the shutdown changed the course of things and now all you need is a Netflix account to see it opening day. And it’s a fine movie to spend 86 minutes watching from the comfort of your own home. There are some amusing twists, turns and wardrobe changes as the night gets weirder and more dangerous for this ordinary couple who thought they were just headed to a dinner party.

Directed by Michael Showalter (who also was behind the camera for “The Big Sick”), “The Lovebirds” starts out like a rom-com — a one night stand turns into an all-day hang for Jibran (Nanjiani) and Leilani (Issa Rae) as they futilely try to resist the connection. But cut to four years later and all the lovey-dovey excitement of that first day has turned into bickering and resentment. The way this particular fight spirals out of control, from light jabbing to full-on insults, is almost uncomfortably relatable and precise for a comedy this broad. It’s no wonder they break up on the drive to their friend’s party.

But that turns out to be the least of their problems when a collision with a biker (who dies, but not because of them) sets off a series of increasingly odd events. They flee the scene after a pair of obnoxious hipsters starts assuming things about why they’re standing over the body of a dead man and continue making poor decisions (including Leilani keeping her sky-high stilettos on for almost half the movie). In an attempt to clear their names, they accidentally get wrapped up in a bizarre New Orleans underworld of murderous henchmen, a sadistic politician’s wife and some unlucky frat guys. It’s a little bit “After Hours” meets “Game Night” with a dash of “Eyes Wide Shut” — but that might be overselling it.

Their hijinks are all a bit too random to fully get on board with the journey, and if you stop for a moment to actually think about what is happening and why, the whole thing might just unravel before you. Rae and Nanjiani make the ride fun enough with their easy chemistry and silly, wide-eyed panic at everything they’re witnessing. Still, “The Lovebirds” lacks the singularity of its stars’ other …read more

Oakland R&B star Kehlani is finally back with her second full-length studio album. And it’s a hit right out of the gate. “It Was Good Until It Wasn’t,” which follows the 2017 debut “SweetSexySavage” (as well as the 2019 mixtape “While We Wait”), raced right to No. 1 on Billboard’s Top R&B Albums chart after […]

Netflix washes away the curdled aftertaste of its dreadful “Coffee & Kareem” with “The Lovebirds,” a cuckoo comedy about a feuding couple that recalls some of the best wisecracking rom-coms of yesteryear. The laugh-till-it-hurts bit of malarkey stars Issa Rae and Kumail Nanjiani and was set for a theatrical release by Paramount in April until […]

Unlucky Louie denies that life is like a box of chocolates. He says that in his case it’s like a jar of jalapeno peppers. Louie was today’s South. His cue bid of two spades conventionally promised length in hearts and a minor suit. North’s 4NT asked which minor. At five diamonds, Louie took the ace […]