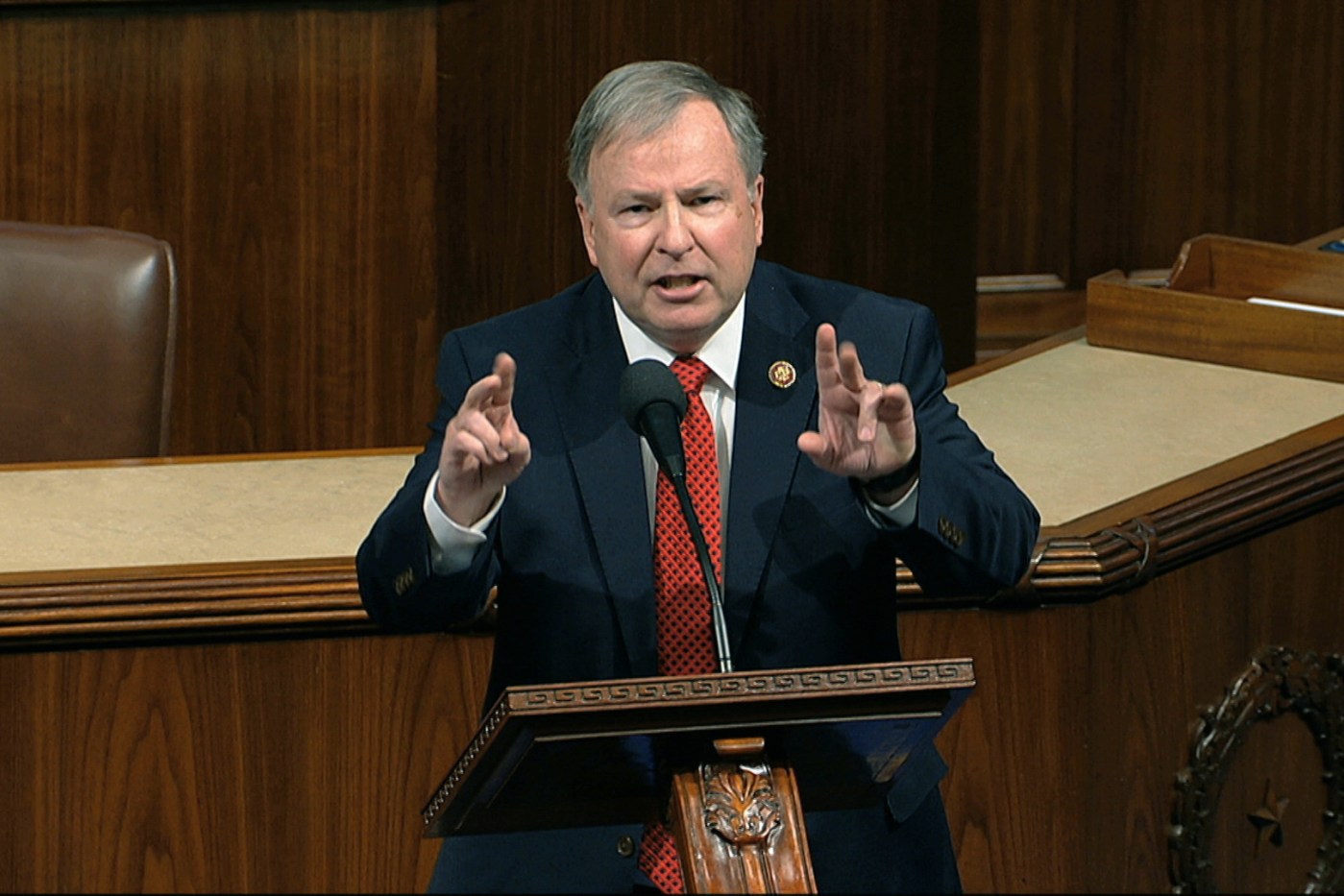 U.S. Rep. Doug Lamborn has settled a lawsuit, filed by a former employee who claimed the Colorado Springs Republican abused his power, ignored COVID-19 safety protocols and let his son live in the basement of the U.S. Capitol.

Court records indicate that Lamborn and the former employee, Brandon Pope, agreed to settle the lawsuit on Jan. 19. But the U.S. House Committee on Ethics is still investigating the congressman, who was reelected to a ninth term in November.

Pope, could not immediately be reached for comment. Cassandra Sebastian, a spokeswoman for Lamborn, said she could not provide more information about the nature of the settlement.

“There has not been any admission of guilt or wrongdoing associated with this resolution,” Sebastian said in an email. “And Congressman Lamborn absolutely maintains that at all times, he and his office used best efforts to comply with all legal and ethical requirements.”

As the pandemic began Lamborn repeatedly claimed the coronavirus was a hoax, kept his office open and did not allow his employees to socially distance, the lawsuit alleged. Pope said he contracted COVID-19 and was fired in December 2020 “for seeking to protect employees from unsafe conditions in the workplace.”

Lamborn also contracted the virus and members of his staff previously told the Post that the congressman had lied to a doctor that he hadn’t been in close contact with employees who tested positive.

The lawsuit also alleged that Lamborn told an employee who was going to wear a mask “well, I don’t care about you guys getting it” and that his wife wouldn’t wear a mask either because “no one was going to tell (her) what to do.”

Lamborn was also accused of using his congressional staff for the personal benefit of his wife and one of his sons, the latter of which was reportedly allowed to live in a storage area of the U.S. Capitol’s basement for weeks.

After that son applied to federal jobs, Lamborn’s office “required Mr. Pope and another staffer to show (the son) how the USA Jobs site worked and to give him tips on completing applications for federal employment,” the lawsuit alleged. Staffers were also required to prepare the son for job interviews.

The House Ethics manual forbids staff to do anything unrelated to official congressional duties. Former GOP Rep. Tom Garrett of Virginia was accused of turning his staffers into servants, Politico reported, after he made them pick up groceries, clothes and dog poop. An inspector general’s report also found that former Secretary of State Mike Pompeo and his wife, Susan Pompeo, repeatedly misused State Department staff for personal business.

A report from the House Board of the Office of Congressional Ethics indicated that Dale Anderson, Lamborn’s chief of staff, would solicit gifts from staff members for the Lamborns on special occasions like holidays and birthdays. The employees did not consider Anderson’s requests as voluntary.

National treasure Dolly Parton | John Lamparski/Getty Images 1. Dolly Parton’s layered casserole is a signature dish Dolly’s recipe for Dolly Parton is a national treasure with a music career spanning more than 50 years. But, her talents aren’t limited to the recording studio. Dolly also has some fantastic skills in the kitchen, and she’s […]

Zach Roerig | Paul Archuleta/Getty Images Six years ago, at a Comic-Con in San Diego, TVD cast members took the stage to address questions from fans about life on set. During his discussion, Zach Roerig revealed that the police belt he wore in The Vampire Diaries could be super uncomfortable. Zach Roerig portrayed Matt Donovan […]