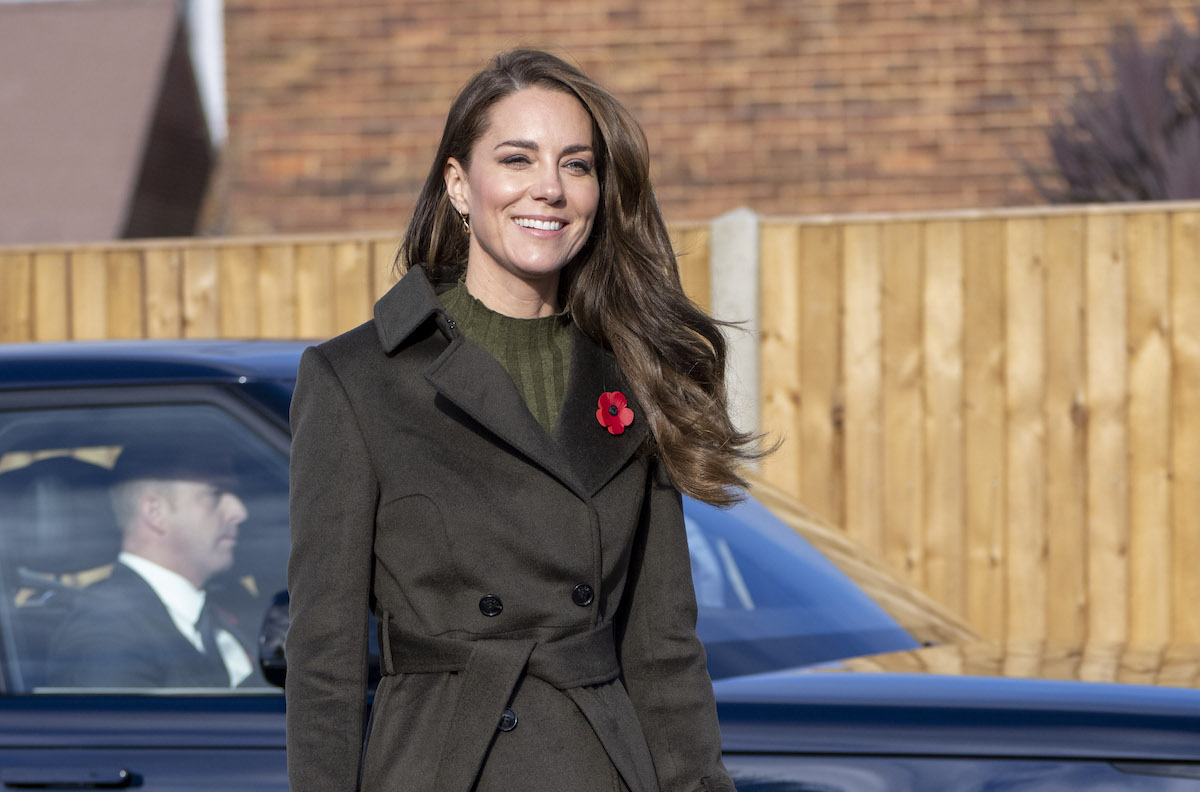 On many occasions, Kate Middleton has had some seriously adorable moments with kids. Whether the Princess of Wales is holding a baby or giving parenting advice, there’s almost always an awe-inducing scene. However, a commentator says these tug-at-the-heartstrings interactions, specifically a recent Kate video featuring a 3-year-old and a poppy pin, highlight something else; that the royal family would be in trouble without Kate.

It’s not everyday you get a poppy from a Princess ? Akeem who’s 3 was very chatty when Kate unexpectedly stopped to say hello at a maternity mental health visit so she gave him her remembrance poppy. Thanks Liberty from Colham Manor primary and Akeem’s mum for letting me share pic.twitter.com/ykP1wyujtf

During a Nov. 9 visit to Colham Manor Children’s Centre, Kate had a short conversation with Akeem, 3. It ended with the mother of three giving the boy her poppy pin.

According to royal commentator Daniela Elser, the exchange “might sound a bit dull,” (via New Zealand Herald). Although she wrote, it’s probably exactly what royal aides hope to see.

“The perfect alchemy of a member of the House of Windsor on sparkling, perfect form; the awesome power of social media and a very cute child thrown into the mix,” she said. “It was, quite simply, adorable and heart-melting.”

“But, once everyone has stopped making “awww …” sounds, let’s consider what this moment really drives home, and that is; how stuffed the royal family would be without Kate.”

“Support for the monarchy is not just built on the public’s cool-headed intellectual assessment of the institution’s benefits to the national good but on an emotional response,” Elser said. What keeps the palace afloat is the adoration and affection they engender.”

Back to the Kate video. It showed she “can deliver this most precious commodity by the truckload.” Had Prince William married a different college girlfriend, Elser opined, chances are she wouldn’t “have that elusive, rare star quality that Kate does.”

“If Kate was not on the scene, if William has not chosen so well, the monarchy would be more than a bit  f***ed,” the commentator said.

Katie Glaser, Ross McHarg and Alissa Humber |Laurent Bassett/Bravo Having a boatmance is hard enough, but Glaser’s was made more complicated because Humber was also interested in McHarg. “I think with me having a boat romance with Ross … my hardest thing was dealing with Alissa … Ross and Alissa,” she said. “So, not that […]

‘Big Brother 14’: Jodi Set a Record After Only Being in the House for 6 Hours

Miami Dolphins offensive lineman Austin Jackson appears primed to return to his right tackle spot against the Houston Texans. Jackson, who has not played since the Dolphins’ opener against the New England Patriots due to a high-ankle sprain, was lined up with starters at right tackle in pregame warmups Sunday at Hard Rock Stadium. Before […]