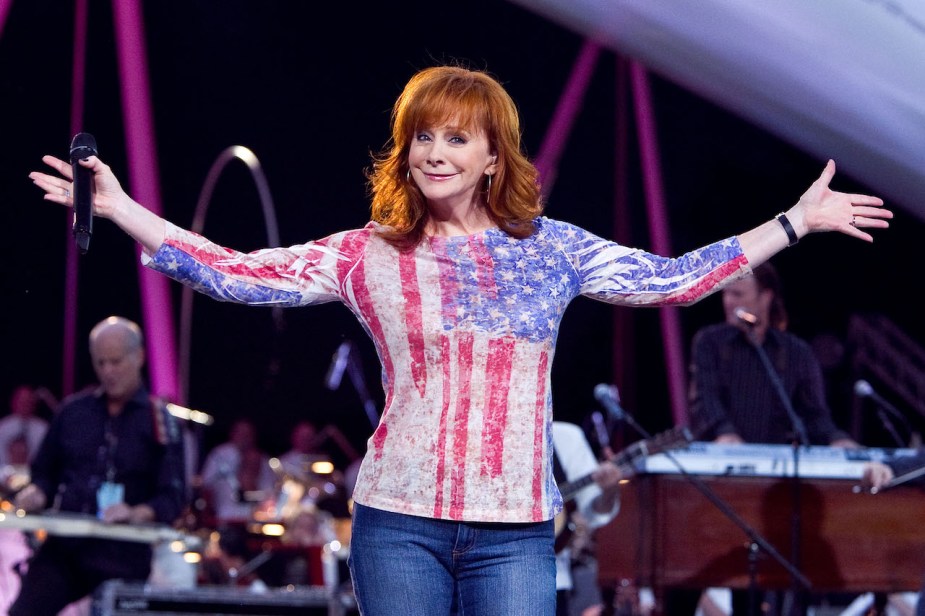 The internet went into a frenzy when

Reba McEntire once said she prefers the freedom of owning a private plane but the economic value of flying with commercial airlines when it works.

Was she on the list of top celebrity jet polluters? Plus, why did she develop a preference for flying, how did that change after a tragic plane crash, and how did she say owning a private plane helped her iconic career? Read on to find out.

The internet went into a frenzy when Taylor Swift’s private jet was revealed to be a major polluter, and the singer topped a list of highest-use celebrities. Her team argued that she loaned the aircraft out and therefore wasn’t responsible for all of its mileage.

According to The Guardian, private jets emit more greenhouse gases than the country of Denmark each year. Their smaller passenger loads create more pollution per passenger, allowing one percent of the global population to produce half of the emissions associated with flying.

In 2012, McEntire talked to Jetset about owning her plane and why she didn’t always use it. “We have a Phenom,” she shared, adding she had a Hawker for a long time.

While McEntire wasn’t thinking about high-profile carbon footprints at the time, she did say there was a reason she liked leaving her private plane in its hangar. She said, “… When we’re going cross-country, it’s more economical to fly commercial.”

Of course, flying in a private plane had a few advantages, too. McEntire explained, “Our plane works great when we’re touring and need flexibility on our schedule. I haven’t had a bus of my own since 1989.”

Can’t wait to get back out on the road with our new tour this fall! Tickets go on sale Friday. Get all the latest date and ticket information at https://t.co/688ggsiL8S. pic.twitter.com/jBhWcAl1f3

In her autobiography, Reba: My Story, McEntire wrote about the perks of being a country music superstar with the choice to travel by private plane. After the birth of her son, Shelby, in 1990, flying allowed her to return to him more often.

While touring, McEntire could fly home to sleep in her bed and be there in the morning when Shelby woke up. Many artists complain about feeling as though they have to choose between career and family, and using her plane allowed her the freedom to have both.

Even after a March 1991 plane crash killed several members of her band, she kept flying by keeping her faith. “I remember flying home alone for the first time on our new …read more

Zach Wilson to have knee surgery Tuesday in LA

Zach Wilson traveled to Los Angeles and will undergo surgery on his knee Tuesday, according to Jets coach Robert Saleh, who is withholding declarations of a quick recovery. “They’ll know more when they get in there,” Saleh said. “We’re optimistic but we’re not out of the woods until they get in there and make the […]

One person killed, another seriously injured in Highway 87 crash

One person has died and another was seriously injured after their vehicle overturned on Highway 87 and then was hit by at least two other vehicles. The crash was reported to California Highway Patrol at around 10:30 p.m. Friday on the northbound stretch of Highway 87 south of Curtner Ave. “It struck the guardrail edge […]