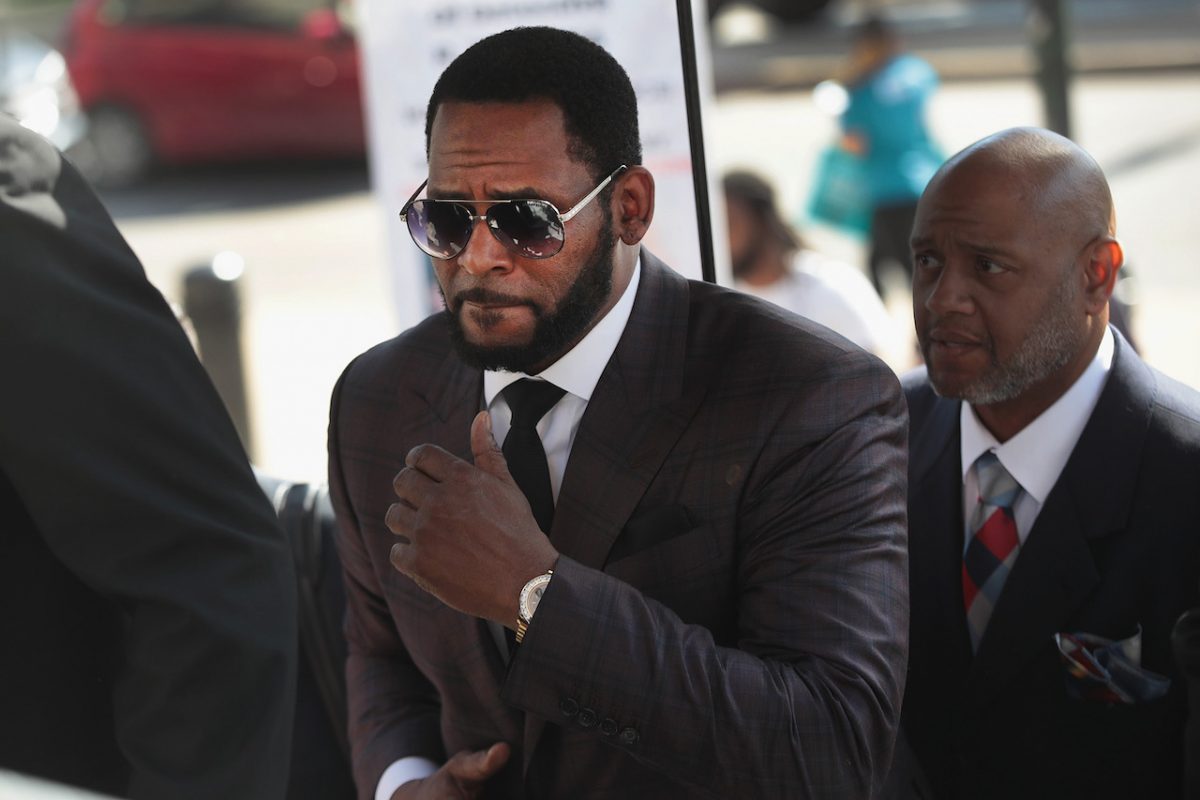 More allegations of sexual abuse against R. Kelly have surfaced

Kelly’s team is trying to avoid a life sentence at the upcoming court hearing. Last summer, Kelly was found guilty of racketeering in New York. His legal team is requesting a 14-17 year sentence, but it comes amid prosecutors releasing more allegations.

R. Kelly has a long legal road ahead of him. He is set to face sentencing in his first sexual abuse and trafficking case that concluded last year. The case was opened following the Surviving R. Kelly docuseries that aired on Lifetime in 2019. Since then, more allegations have surfaced. Kelly is currently awaiting sentencing in his home state of Illinois.

More allegations of sexual abuse against R. Kelly have surfaced

Kelly’s team is trying to avoid a life sentence at the upcoming court hearing. Last summer, Kelly was found guilty of racketeering in New York. His legal team is requesting a 14-17 year sentence, but it comes amid prosecutors releasing more allegations.

The Jasmine Brand reports that the government is accusing Kelly of methodically grooming “the women and girls in his orbit to meet all of his sexual needs, with Kelly controlling their every move. ” Some victims even testified that they were forbidden from making eye contact with other men, were coerced into writing letters confessing to false crimes, and eating feces on camera for bribery.

“In these letters, they falsely confessed to stealing money and jewelry; they falsely admitted concocting elaborate robberies; one falsely claimed that she seduced the defendant when she was underage and threatened to claim he raped her if he would not engage in sexual activity with her,” the documents state. “[Kelly] regularly required Jane to have sexual contact with other men and women at his direction, including the women living with him, his assistants…And a man he referred to as “nephew” who she had never even seen prior to [Kelly] directing her to have sex with him.”

R. Kelly’s lawyers are using his illegal marriage to Aaliyah in his sentencing

New allegations came as Kelly’s legal team used his marriage to Aaliyah to try and steer his sentencing in their favor. Radar Online reports that the singer is denying “using” Aaliyah in a bribery scheme ahead of their 1994 wedding.

Jennifer Bonjean, Kelly’s lawyer, denies the allegations against Kelly regarding his marriage to Aaliyah. Kelly and his camp reportedly obtained an identification card that listed Aaliyah’s age as 18 at the time of their wedding. She was actually just 15.

The singer is facing life in prison, and additional trials are pending

Immediately after the verdict in his Brooklyn trial, Kelly’s team announced their plan to appeal. He also hired Bonjean, the same lawyer who successfully had Bill Cosby’s …read more

Having a history, and in particular having a championship history, also means having to endure the what-if moments. What if Dan Majerle doesn’t allow the New York Knicks’ Allen Houston to duck under and then convert the winning shot that eliminated the Heat from the 1999 playoffs? What if Jamal Mashburn didn’t pass up a […]

‘The Bold and the Beautiful’: John McCook Didn’t Want Eric’s Storyline Treated as a ‘Joke’