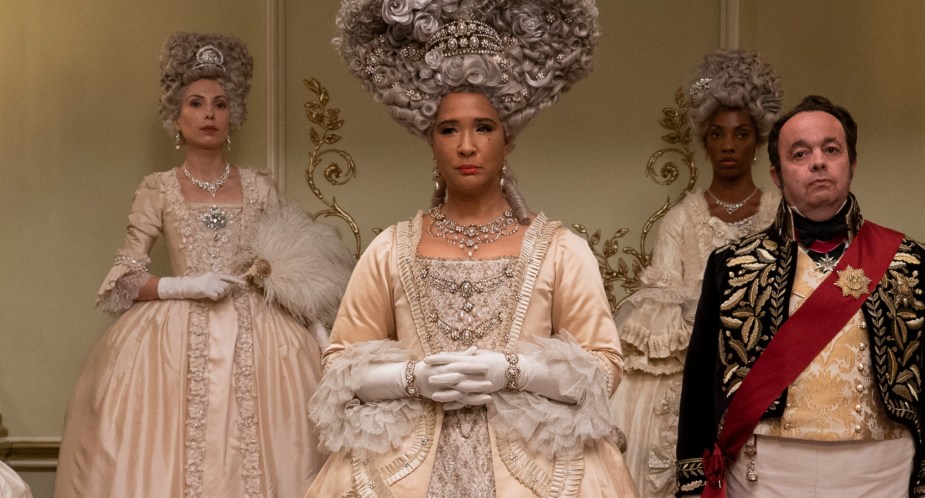 ‘Queen Charlotte: A Bridgerton Story’ will focus on Charlotte’s backstory and rise to power

In March, Netflix and Shonda Rhimes announced a prequel series based on the Queen of the ton. According to

Bridgerton became one of Netflix’s most popular period series. But the streaming platform will now venture into the backstory of Queen Charlotte as her marriage to King George marks the shift of an era in Queen Charlotte: A Bridgerton Story. While the stories in Bridgerton are based on a book series, the character of the Queen, played by Golda Rosheuvel, is very much based on real life and how an arranged marriage turned into love.

‘Queen Charlotte: A Bridgerton Story’ will focus on Charlotte’s backstory and rise to power

In March, Netflix and Shonda Rhimes announced a prequel series based on the Queen of the ton. According to Deadline, the storyline synopsis explains, “Betrothed to the mysterious King of England against her will, Charlotte arrives in London only to realize she was not exactly what the royals were expecting. As she learns to navigate the palace, the ton, and her unpredictable husband, she grows into one of Europe’s most unforgettable monarchs.”

But Queen Charlotte: A Bridgerton Story will also dive into the backstory of other notable characters from the series like Lady Bridgeton and Lady Danbury. Their backstories were teased in the second season.

Bridgerton Season 2 gave fans a slight hint of what could be in store. In the season, a sick King George appears and starts talking about his children with Charlotte as she looks at him with love and worry. But before Queen Charlotte: A Bridgerton Story, fans will want to know more about the character’s backstory rooted in history.

RELATED: ‘Bridgerton’ Season 3: Will Penelope and Colin’s Story Have a Time Jump?

Before being a Queen, she was Princess Charlotte of Mecklenburg-Strelit

Bridgerton leaned into the often debated historical aspect of the period regarding diverse races in the ton. When it comes to Queen Charlotte, she has her own story to tell beyond what people see in the series. According to the Smithsonian, Queen Charlotte is often debated as the first biracial Queen.

Before her rise to the throne, she was Princess Charlotte of Mecklenburg-Strelit, born to Duke Charles Louis Frederick and Duchess Elizabeth Albertine. At 17, she moved from Germany to Britain for an arranged marriage. King George III succeeded the throne in 1760 in his early 20s, according to Royal.uk. The princess became an obvious choice as his bride.

Charlotte first met King George III on their wedding day on September 8, 1761, and was crowned days later. Queen Charlotte and King George III’s marriage became true love despite having never met and being pushed into an arranged marriage. During their marriage, the King never took on a mistress. They had a total of 15 children together.

Heavy is the head that wears …read more

SANTA CLARA — Tight end George Kittle is expected to be out for the 49ers’ home opener today, according to an overnight report by ESPN. That would extinguish any hope of him making his season debut against the Seattle Seahawks, after returning to practice Friday. Kittle was listed as questionable Friday, as was the case […]

How Much Older Is Jennifer Garner Than Her Boyfriend John Miller?

Jennifer Garner spotted out and about in New York City | MediaPunch/Bauer-Griffin/GC Images How long Garner and Miller have been together Garner and Miller met through mutual friends and began dating in 2018. For the most part, they have kept their relationship under wraps and aren’t seen in public much. But Garner’s former co-star Victor […]