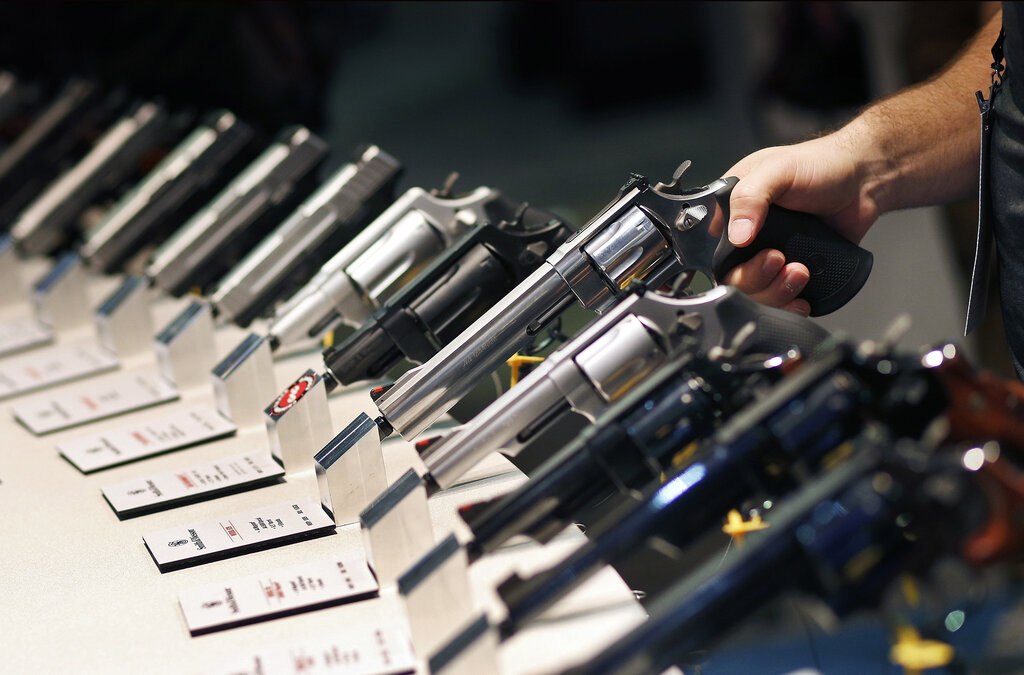 The U.S. Supreme Court on Thursday declared a New York law requiring residents to show a “special need” to qualify for a concealed-gun permit was unconstitutional. Given that several states, including California, have similar laws and practices in place, here’s what the decision means in the short and long term.

Q: What exactly did the Supreme Court decide?

A: In ruling on New York State Rifle & Pistol Association v. Bruen, the court’s 6-3 conservative majority struck down a requirement in New York that applicants for concealed weapons permits must prove to the state’s satisfaction that they have an “actual and articulable” self-defense claim rather than a general or unspecified safety fear. The court found the requirement, which is subjective and has been argued to be unevenly enforced in New York — and locally in the Bay Area — unfairly restricted Second Amendment rights.

A: The state Department of Justice issues permits, but they are processed by county sheriff’s offices and local police departments. State law gives the heads of those law-enforcement agencies full discretion on selection. About half of California’s 58 counties have adopted a “shall issue” policy, meaning that applicants who show proficiency in firearms use and safety, and don’t have a serious criminal conviction, by and large receive a permit. The other half, including many in the Bay Area and in the Los Angeles, enforce a “may issue” policy, where like New York, they require applicants to show “good cause” for why they should be able to carry a concealed gun in public.

Q: How could Thursday’s decision affect what happens in California?

A: The decision means that Bay Area counties and other jurisdictions will no longer be able to require applicants provide a reason they need a concealed weapons permit beyond self-defense. That could mean a notable increase in the number of people who obtain permits, and by extension, concealed handguns in public.

Whether that will require changes in state law is not clear. Donald Kilmer, a Second Amendment attorney who has sued Santa Clara County Sheriff Laurie Smith over what he alleged was political favoritism in her office’s permit-issuing practices, believes law-enforcement agencies can adjust without any statutory changes.

“They will have to accept plain old, ordinary, vanilla self defense as good cause,” Kilmer said.

But Bonta announced he was spearheading legislation, which could be heard by lawmakers as soon as Tuesday, that would codify where concealed guns are prohibited and requirements for concealed-carry permit.

Q: Does the decision throw the door open to any Californian who wants to carry a concealed handgun in public?

A: No. Permits will still be required, California Attorney General Rob Bonta said Thursday morning. The attorney general acknowledged the requirement to show “good cause” to get a permit “is likely unconstitutional” after the court’s ruling. But he said Californians will still need to obtain a permit, pass a background check, demonstrate firearms proficiency and safety, and show proof of employment or residence in a county issuing …read more

Samuel L. Jackson Recalls Giving Will Smith His Oscar After the Slap, ‘We Were Kind of Oblivious’

When Will Smith slapped Chris Rock at the 2022 Oscars, it became the only thing that anyone could talk about for the rest of the night. This was unfortunate as there were still many awards that needed to be announced, including Best Actor. Samuel L. Jackson, who presented the Best Actor Oscar to Will Smith, […]

Tyler Perry | Santiago Felipe/Getty Images for Tribeca Film Festival Tyler Perry has been building the $100 million mansion for a few years Perry has reportedly been working on the estate for a few years. From the looks of a social media video from a birds-eye view of the property, it appears that the front […]

Lance Lynn comes off the IL for the Chicago White Sox — and he’ll start tonight vs. the Detroit Tigers

The Chicago White Sox reinstated Lance Lynn from the injured list Monday and the right-hander will start tonight against the Detroit Tigers at Comerica Park. Lynn has been out since he hobbled off the mound in an April 2 Cactus League game after throwing a pitch to the Arizona Diamondbacks’ Corbin Carroll. He underwent right […]