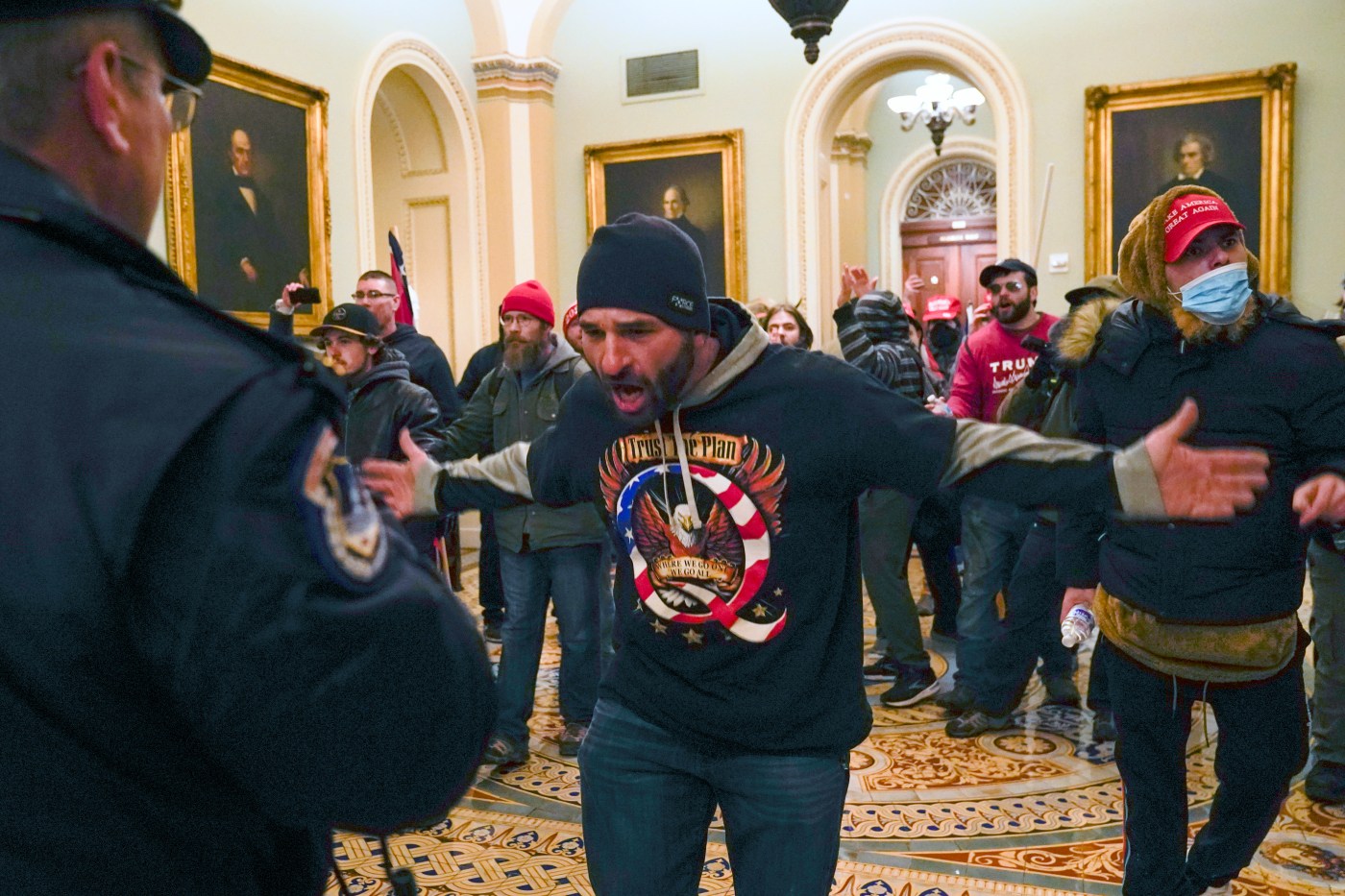 WASHINGTON — The FBI warned law enforcement agencies ahead of last week’s breach of the U.S. Capitol about the potential for extremist-driven violence and prosecutors are now weighing sedition charges against at least some of the Trump loyalists who stormed the building, U.S. officials said Tuesday.

The statements by FBI and Justice Department officials were intended as both a defense of federal law enforcement preparations before the deadly riot, especially amid fresh revelations of an FBI report warning of violence, and as a warning to participants that they are still subject to arrest and felony charges even if they have left Washington.

Misdemeanor counts, including trespassing, against some of the dozens arrested so far may still be upgraded to sedition charges that are punishable by up to 20 years in prison, said acting U.S. Attorney Michael Sherwin in Washington. Sedition charges would effectively accuse rioters of attempting to overthrow or defeat the government, with House Democrats saying after an FBI briefing on the siege that the rioters had engaged in an “attempted coup.”

“This is only the beginning,” Sherwin said of the initial round of charges against more than 70 people. “We’re going to focus on the most significant charges as a deterrent because, regardless of it was just a trespass in the Capitol or if someone planted a pipe bomb, you will be charged and you will be found.”

Even for those who have left Washington, “agents from our local field offices will be knocking on your door,” said Steven D’Antuono, the assistant director in charge of the FBI’s Washington field office in highlighting the nationwide effort to track down participants in the rioting.

The Justice Department has created a specialized strike force to examine the possibility of sedition charges. Officials said they were utilizing some of the same techniques in the riot probe as they use in international counterterrorism investigations, examining the money flow and movement of defendants leading up to the breach. Senate Minority Leader Chuck Schumer, a New York Democrat, called for the rioters to be added to a no-fly list, a tool most commonly applied in foreign terror cases.

Still, the revelations that the FBI had received information foreshadowing the distinct possibility of violence contradict earlier pronouncements from law enforcement leaders about the potential for danger last week. Many, including the former Capitol police chief, said they were unaware of serious concerns and had prepared only for a free speech protest. Capitol police and others didn’t immediately respond to questions about the discrepancy.

The press conference came hours after the Washington Post reported on the existence of a Jan. 5 report from the FBI’s field office in Norfolk, Virginia, that forecast, in detail, the chances for “war” in Washington the following day. The existence of such a stark warning appeared to contradict the FBI’s earlier assertions that “there was no indication that there was anything other than first amendment protected activity.”

D’Antuono defended the handling of the information, saying it was shared in …read more

Harriette Cole: I don’t appreciate my co-workers’ hostility when I’m not feeling well

DEAR HARRIETTE: I suffer from extreme allergies all year long, and I work at a factory. When I get into one of my sneezing or coughing spells, I can feel my co-workers cringe. Harriette Cole  I get it. Coughing and sneezing spread germs, and nobody wants to catch COVID-19. But we all take COVID tests […]

It’s time to get cracking. Boats returned to Bay Area ports Wednesday with the first Dungeness crab haul of the season — after two months of delays. The Crown Royal was the first to arrive at San Francisco’s Pier 45, pulling in at 3:30 p.m. with a hefty load. California’s traditional Nov. 15 season start […]