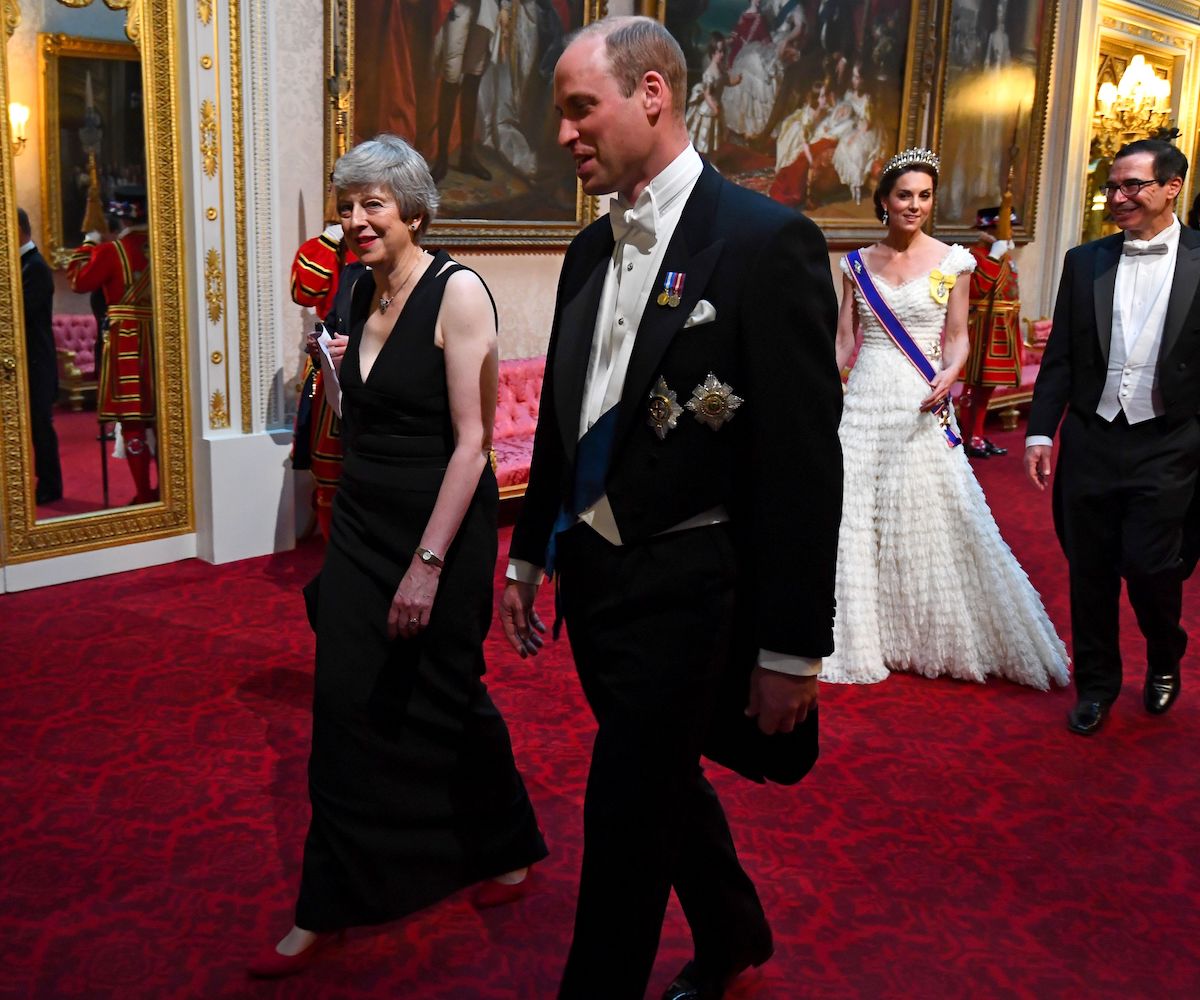 The last state visit William and Kate were involved in came in 2019 when then-U.S. president Donald Trump traveled to the U.K. They were among the guests at a lavish Buckingham

The royal family is having a state visit — and state dinner — on Nov. 22. Prince William and Kate Middleton will greet Cyril Ramaphosa, president of South Africa, upon his arrival.The couple previously took part in a state visit/state dinner in 2019.

Prince William and Kate Middleton — and the rest of the royal family — are gearing up for a state visit. While King Charles III is technically hosting, the Prince and Princess of Wales will also play an important role. Ahead, what William and Kate will do during the state visit. Plus, a look at their last state dinner (tiaras included).

A state visit is finally here after a three-year hiatus due to coronavirus (COVID-19). Two days in the U.K. is on the agenda for Cyril Ramaphona, president of South Africa.

On Nov. 22, he’ll attend a white-tie banquet at Buckingham Palace. Not only will it see a number of royals attend but it’s a state visit of many firsts. It marks the king’s first state visit since taking the throne. It’s also Camilla’s first as queen consort.

Additionally, the same can be said for William and Kate and their new titles as Prince and Princess of Wales. Furthermore, it’s the royal family’s first state visit since Queen Elizabeth died.

What’s been cooking in the kitchens at Buckingham Palace for the State Visit? ?‍???

The national flowers of South Africa, Protea, have been recreated out of sugar and painted with edible colouring, which will be presented at the State Banquet alongside petit fours and coffee. pic.twitter.com/roQxRDNqpd

A royal welcome. While there will be no shortage of pomp and circumstance, this state visit starts off with a rather low-key — but important — event. Kicking off the occasion will be none other than William and Kate. They’re going to be the first royal faces President Ramaphosa sees. In essence, the royal welcoming committee.

On Nov. 22, when the president arrives in England, William and Kate will be there to say hello on King Charles’ behalf. The trio will have a formal welcome at London’s Corinthia Hotel (via the royal family’s website).

First impressions can be crucial, international diplomacy or not. Sometimes they can even make or break a relationship. With William and Kate greeting the president, it’s clear just how significant their positions in the royal family have become. After all, William is now first in the line of succession and Kate’s a future queen.

Their involvement in the state visit doesn’t stop at greeting Ramaphosa. William and Kate will accompany him to the Horse Guards Parade where he’ll receive a ceremonial welcome from King Charles and Camilla. When that’s over, everyone heads back to the palace in a carriage procession.

William and Kate made their …read more

Sharks don sharp Seals-inspired uniforms. Their goalie, though, was anything but

SAN JOSE – Just in time for the holiday season, the Sharks threw it back to the 1970s on Friday night, donning new Reverse Retro jerseys that were inspired by the 1974-75 California Golden Seals. To refresh, those Golden Seals had a record of 19-48-13 and missed the playoffs for what was then a sixth […]

An Empire alum is in trouble with the law…again. Bryshere Gray starred in the hit FOX musical drama as Hakeem Lyon for six seasons. He hasn’t been in many projects since, and it appears it could be due to his troubled personal life. Gray was recently arrested for a domestic violence incident, the second in […]

‘Love Is Blind’: Why Zanab Stands by Her ‘Apology’ and Turning off Comments on Her Accounts

Zanab Jaffrey and Cole Barnett on Love Is Blind | Cr. Courtesy of Netflix © 2022 Zanab appeared on the  Unhinged with Amrit podcast and talked about the angry comments she received from fans after the reunion. The host asked if she was keeping an eye on Reddit threads and more to see what fans […]