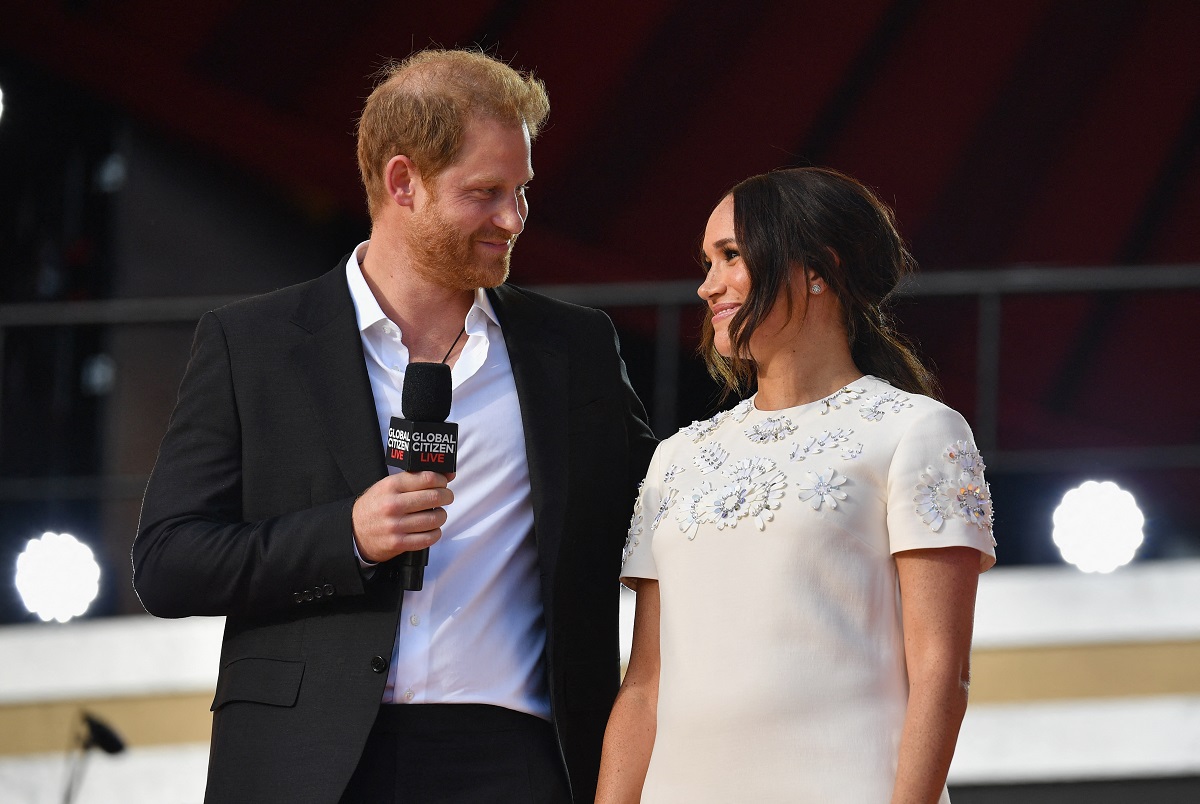 When Prince Harry and Meghan Markle stepped down as senior royals in 2020, some believed that the decision was all the duchess’s idea, even though the prince had previously talked about wanting to leave The Firm. Now, a royal author is discussing the Duke of Sussex‘s causes and decisions since moving to California and claiming those are influenced by his wife.

Prince Harry’s recent comments have moved away from royal ideals

Since moving across the pond, the Sussexes have remained in the spotlight while focusing on their brand and the causes they want to represent. But a royal author has claimed that Harry’s comments and decisions have moved away from the royal ideals and are “influenced” by Meghan.

An example of the prince’s remarks that raised plenty of eyebrows recently was when he said people should quit their jobs if they’re not happy.

On Dec. 6, 2021, Harry participated in a Q&A about the “Great Resignation” and said: “I’ve actually discovered recently … a lot of the job resignations you mention aren’t all bad. In fact, it is a sign that with self-awareness comes the need for change. Many people around the world have been stuck in jobs that didn’t bring them joy, and now they’re putting their mental health and happiness first … This is something to be celebrated … We’re just at the beginning of the mental health awakening.”

Author claims what Prince Harry says is ‘influenced’ by his wife

Pauline Maclaran, who is a Professor of Marketing & Consumer research at Royal Holloway University and co-authored the book Royal Fever, talked to the Express about some of the things the prince has said recently including his remarks about people quitting their jobs to prioritize their mental health.

“Rather than being out of touch, his ‘celebration’ of job resignations will resonate particularly with Harry and Meghan’s target audience — the Millennials and Generation Z. I’m sure his opinions are influenced by Meghan,” the author said before adding, “But they also fit with their joint branding.”

Maclaran then opined: “This does seem to be a further step in building the Sussex brand as very independent from the royal family and showing it to be much more progressive and in touch with younger generations. There is even a ‘hippie’ vibe about the whole idea of dropping out of the rat race and seeking a more fulfilled lifestyle.”

Expert believes the Sussexes want to become ‘royals of the world’

Since stepping down, the duke and duchess have become involved in a number of business ventures and built up their brand by signing lucrative deals with Netflix and Spotify.

Halsey Says a Collaboration With Bad Bunny ‘Has Been Discussed’

Halsey | Axelle/Bauer-Griffin/FilmMagic Halsey told fans a collaboration with Bad Bunny ‘has been discussed’ On Jan. 6, Halsey told fans about one of their pregnancy cravings. After doing so, the singer shared a tweet in Spanish. “first of all…chilaquiles estan mojados! no esta seco! y también delicioso. mi nachos fue triste… okay?” Halsey wrote on […]

NFL Awards: Rodgers or Brady for MVP? Is 49ers’ Bosa the Comeback Player of the Year?

Aaron Rodgers is overly smug and seems to invite unnecessary drama while at the same time pretending to be annoyed with it. That’s not to say he can’t be thoughtful, insightful and have a sense of humor. Rodgers is all of these things. None of which has anything to do with why he should be […]

Some might find it difficult to resist Henry Cavill’s charms and Hollywood good looks. This includes Amy Adams, who found herself ogling her Man of Steel co-star on more than one occasion. It got to the point where Adams even felt she had to apologize for her behavior. Jpw Amy Adams once felt she objectified […]