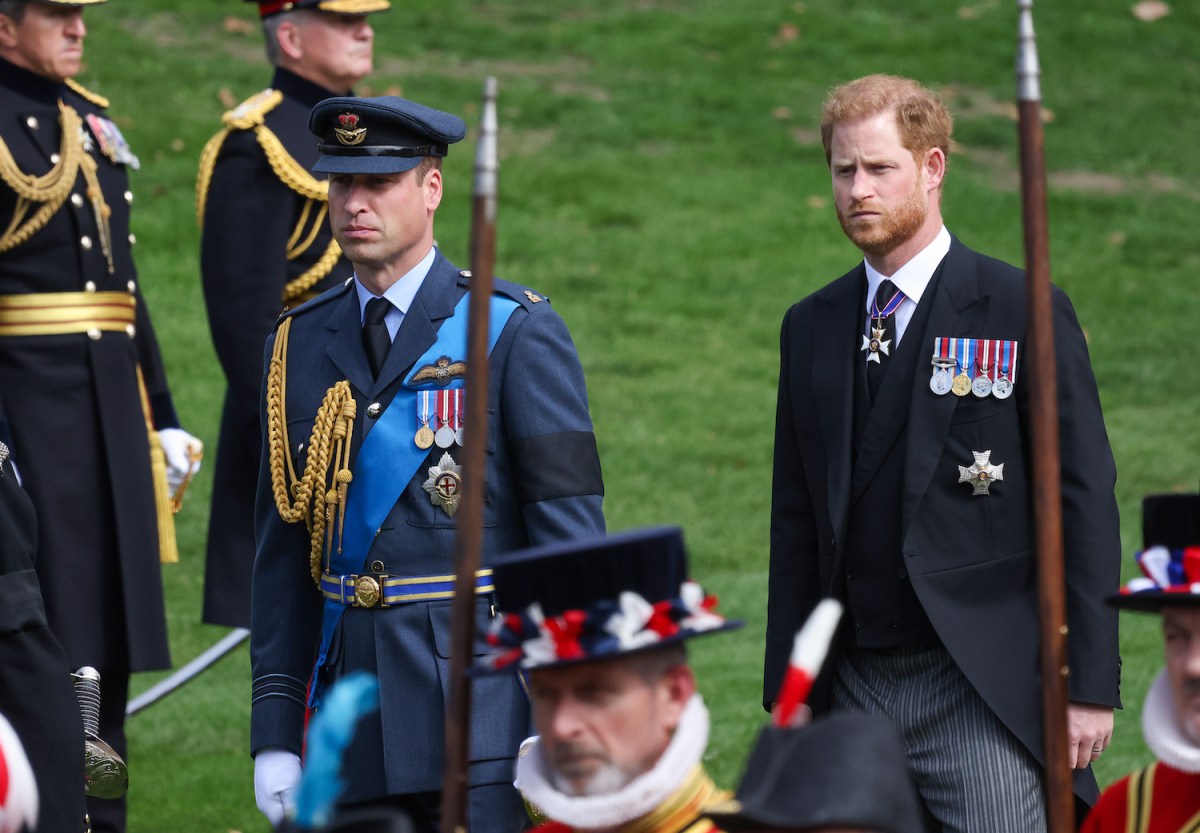 Body language expert Katia Loisel shared her thoughts about Harry and William’s gestures and expressions at the queen’s funeral, telling

Prince Harry and Prince William appeared “overwhelmed with emotion” during Queen Elizabeth’s funeral, according to one body language expert. Both men showed subtle signs that the somber occasion made keeping a stiff upper lift challenging.

Body language expert Katia Loisel shared her thoughts about Harry and William’s gestures and expressions at the queen’s funeral, telling SkyNews.com.au that it was clear they were “overwhelmed with emotion.”

Loisel noted how the “enormity” of Harry and William’s loss was on display and that there was “no warmth between them” as they made little eye contact while walking beside each other behind the queen’s coffin.

The body language expert noted that it would be easy to misinterpret the brothers’ expressions as a sign that their rift is far from ending.

“Taken out of context, one could be excused for mistaking the brother’s lack of mutual gaze and warmth and as an indication of a growing rift,” Loisel explained.

“However, there was a distinct lack of socializing and eye contact among the royals both during the procession and the ceremony, reflecting the formality and seriousness of the occasion,” she continued.

Loisel looked at how Kate Middleton provided “little to no” comfort to her children as an example. “While Princess Kate held Princess Charlotte’s hand upon entry to the Abbey, in keeping with the nature of the occasion, even the children received little to no reassurance and comfort during the service,” the expert noted.

“Rather, the royal family kept their gazes firmly fixed ahead or cast downwards towards the floor for much of the service,” Loisel added.

Prince Harry and Prince William were ‘overwhelmed with emotion’ at queen’s funeral, according to expert

During the funeral service, Loisel pointed out how William and Harry were “adopting a frozen expression, gaze fixed and looking forwards or cast downwards with lips compressed.”

They also showed some “pacifying behaviors” to soothe themselves given the “enormity of their loss,” including rocking back and forth.

“There were several moments where both Prince Harry and Prince William were overwhelmed with emotion,” Loisel explained. “Their faces fraught with grief, their eyebrows pulled up and together, upper lids droopy, eyes downcast, their rapid eye blinks holding back tears.”

Prince Harry showed regret and sadness at the funeral

Body language expert Judi James provided some insight into how Harry showed a hint of regret in a glance he gave to William.

“During the service he was dabbing tears as well as tending to look around a lot and there were at least two occasions when his gaze that was more of a stare appeared directed at William,” James told The Sun.

“His expression suggested sadness and possible regret,” she explained.

James added that Harry put on an “emotional display” as they prepared to walk behind the coffin following the service. “Standing in line he watched as the brother he had once been so close to; the nephew he had adored …read more

Federal workplace regulators have fined San Jose food-delivery startup Locale $140,000 for employing more than six dozen teenaged drivers in violation of child-labor law. The drivers, aged 16 and 17, made deliveries for Locale between July 2020 and July 2021, U.S. Department of Labor officials said Wednesday. “Performing time-sensitive deliveries has the potential for an […]

Luis Robert will not return this season after the Chicago White Sox placed the center fielder on the 10-day injured list Saturday with a sprained left wrist. Before the announcement, Robert had started just six of the team’s 26 games since Aug. 26 because of a bruised left hand, left wrist soreness and a Sept. […]

Help is on the way for ‘trashy’ California freeways: Roadshow

Q: I commute up Highway 101 to 85 to 87 and back to 101 in the mornings and have noticed that there is so much trash in the center divide and on shoulders on these routes. Whose job is it to remove this junk? It’s more than cans and food wrappers. It’s also old tires, car […]