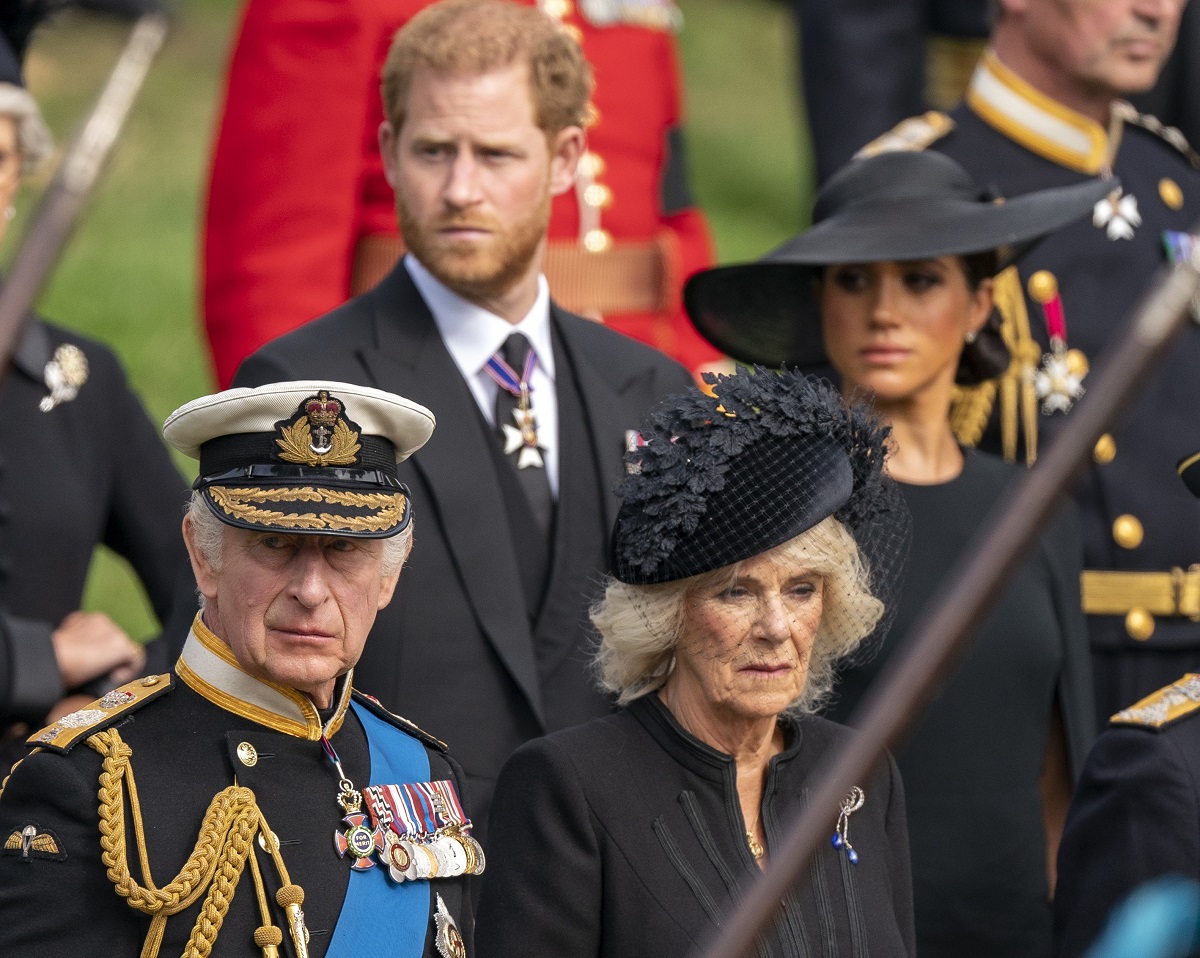 Back in June 2022, Prince Harry and Meghan Markle attended Queen Elizabeth II’s Platinum Jubilee celebrations. However, the Sussexes were banned from appearing on the balcony of Buckingham Palace during the Trooping the Colour. Now, royal watchers are wondering if the duke and duchess will get an invite to King Charles III’s coronation, which will take place on May 6, and if they do will they be banned from the balcony then as well.

One commentator believes we will see Harry on the balcony because he is the king’s son. But another believes we won’t see him or Meghan because the royals don’t want their private conversations getting leaked or ending up in a new book.

Duirng an appearance on Good Morning Britian, author and journalist Claudia Joseph discussed the king’s upcoming coronation and why Harry and Meghan may be banned from appearing on the balcony if invited.

“I think if you look back to the queen’s jubilee, they were not included at that stage on the balcony,” Joseph said (per Daily Mail). “It’s very difficult for the royal family because they are an institution, they are a monarchy, and that is their job. Obviously, in the past, there’ve been times when perhaps the press have been too intrusive and there have been problems, but ultimately the job is to do good work and to keep quiet and not talk about their feelings and what’s going on in public.

“And it’s very difficult because every time Harry and Meghan open their mouths now they say something critical of the institution and if they are on the balcony, that will appear in the next book.”

However, broadcaster Ateh Jewel disagrees. She believes the Duke and Duchess of Sussex should appear on the balcony with Charles, his wife, and the Prince and Princess of Wales so the whole family can have a chance to “heal.”

She opined: “I think the royal family are an institution and a family and both need to evolve and heal. I think if King Charles — who is also our king and I do support the monarchy, he’s also a father, he needs to put the ‘un’ in unconditional and put his hand out and be the bigger person. The person who will have a gesture to help heal his family.”

Richard Winton Neighbors at a Hollywood high-rise were concerned about a new resident. He had been bragging about an arsenal of weapons and saying the CIA was watching him. Rifles belonging to the man were loaded with ammunition and pointed out his newly rented 18th-floor Hollywood apartment, which had panoramic views of a busy street […]

The reality of NBA back-to-back sets him home again Tuesday, with the Boston Celtics without three starters for their nationally televised game against the Miami Heat at Miami-Dade Arena. Already without starting guard Marcus Smart, who sprained his right ankle in Saturday night’s victory over the Toronto Raptors, the Celtics announced midday Tuesday that they […]

‘The Bachelor’: Are Victoria Fuller and Greg Grippo Together in 2023?

Greg Grippo and Victoria Fuller | ABC/Eric McCandless Victoria Fuller and Johnny DePhillipo’s romance in Bachelor in Paradise Season 8 seemed like it would last. The couple got engaged on the show and seemed serious about continuing their romance. Unfortunately, they couldn’t make their relationship work. Shortly after their breakup, ABC’s The Bachelor Season 27 […]