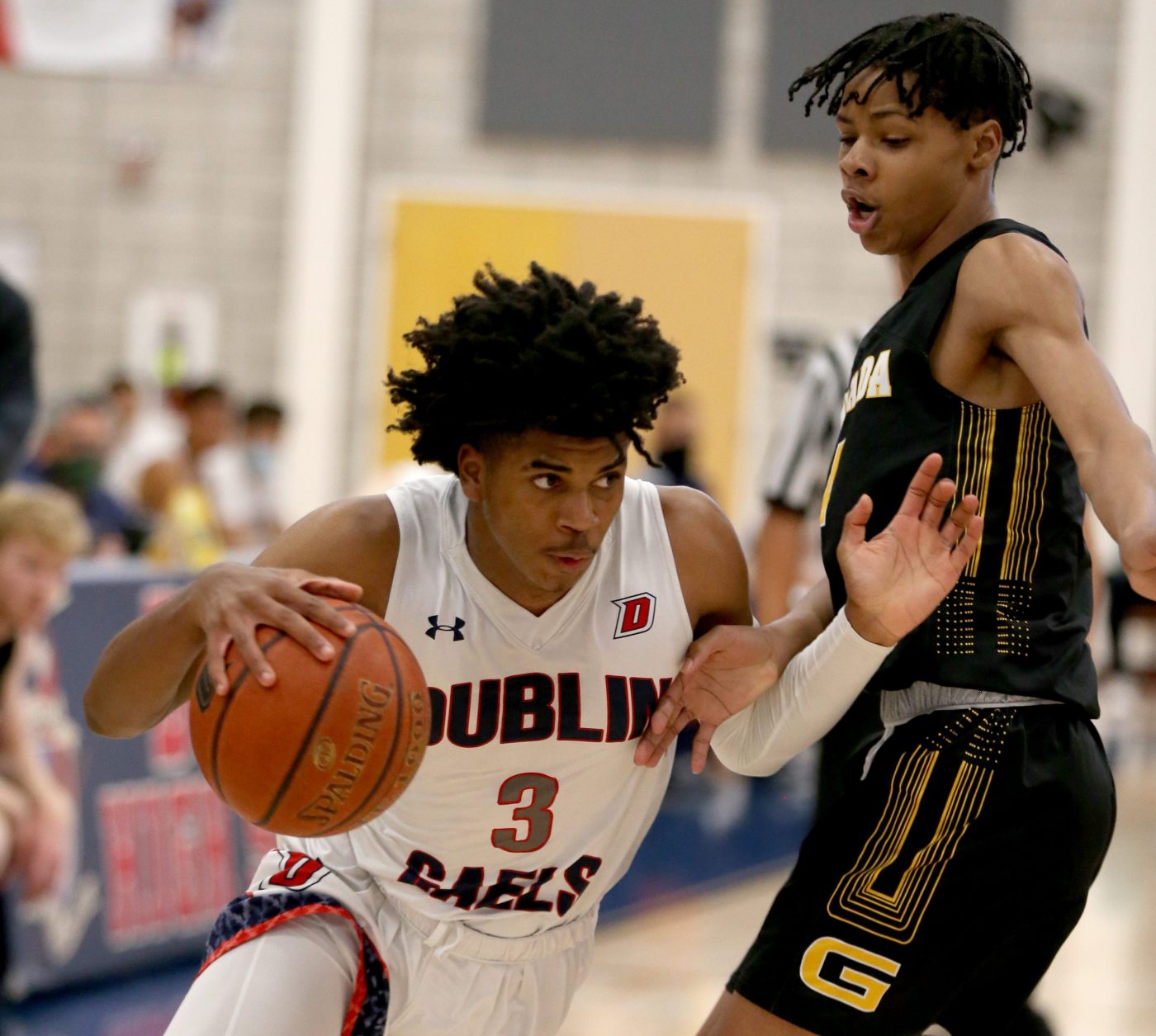 “There’s not a lot of breathing room,” he said. “If you’re a competitor, you got to love this environment.”

After suffering a two-point loss at De La Salle on Friday, Dublin bounced back with a 79-75 victory on the road over San Ramon Valley on Tuesday in a packed gym.

The Gaels — ranked ninth by the Bay Area News Group — improved to 15-7 overall and 4-1 in league play.

The Gaels are playing with a bit of a chip on their shoulder.

“They just feel a little bit overlooked and a little bit under the radar,” Costello said. “In their eyes, it’s a little disrespectful, I guess. And they want to prove people wrong.”

San Ramon Valley has seen firsthand how grueling it is in the EBAL. The Wolves were 15-1 and on an 11-game winning streak when league play started.

Campolindo bounced back from Saturday’s loss to St. Mary’s-Stockton with a road win …read more

Skelton: Where have Republicans been during California’s mass shootings?

Gov. Gavin Newsom has spoken more eloquently than anyone else about the three California mass shootings that occurred in rapid sequence, killing at least 24. “What the hell is going on?” the longtime gun control advocate asked simply Tuesday in Half Moon Bay, where a 66-year-old farmworker was accused of fatally shooting seven co-workers and […]

An expert says Prince Harry sent a message with a “strong” hand gesture in a Spare interview while talking about Prince William, King Charles III, and his family. Ahead, the Duke of Sussex’s movements that seemingly contradicted his words. Plus, when the 38-year-old said he last spoke to his father and brother. Body language expert […]

Kimchi jeon are pancakes made primarily from chopped kimchi, kimchi juice and a little flour. In his 2021 cookbook, “Korean American: Food That Tastes Like Home,” author and New York Times food writer Eric Kim says jeon is often considered a party food, but has always been an everyday staple for his family. This version, […]