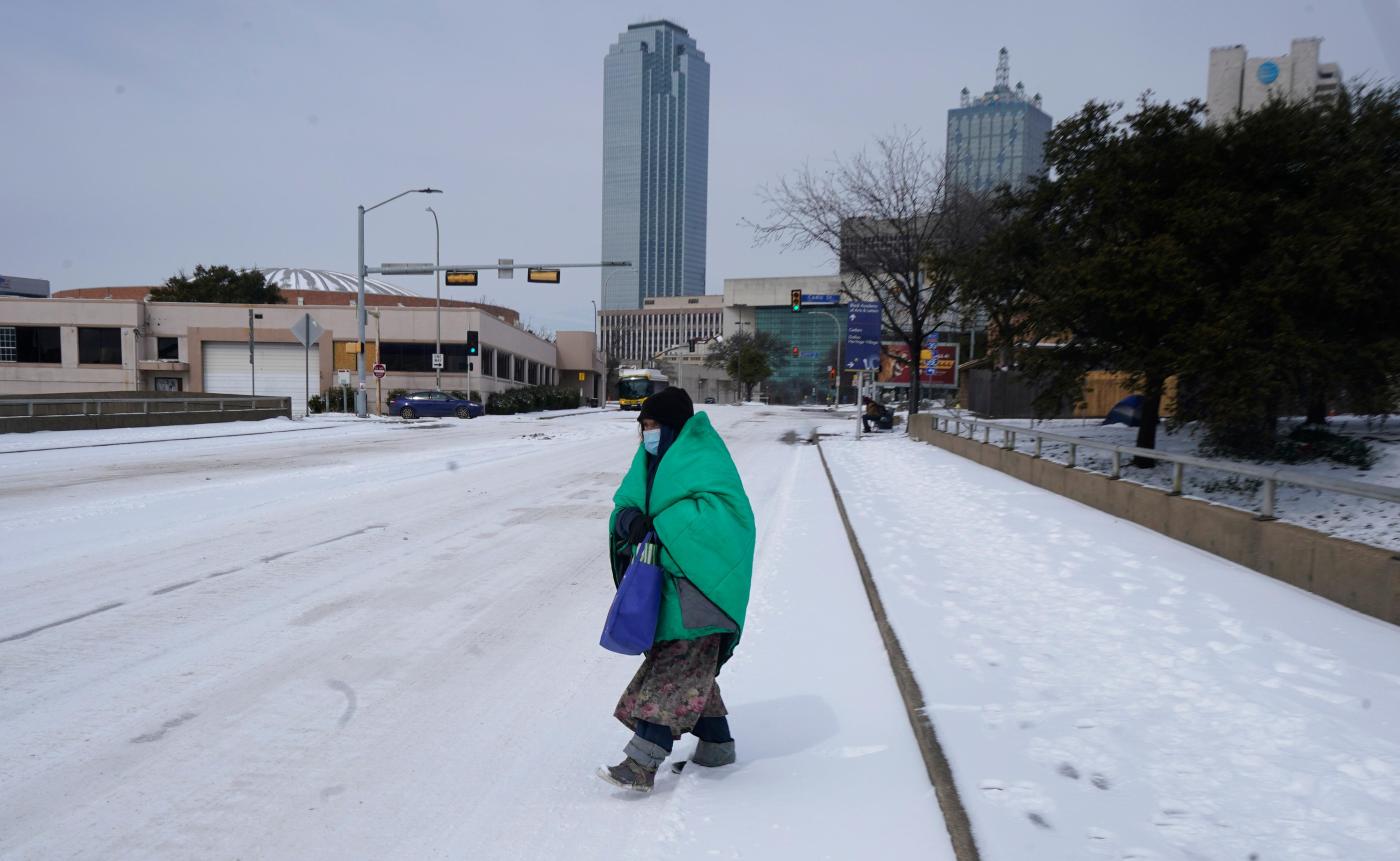 HOUSTON — Two days before the storm began, Houston’s chief elected official warned her constituents to prepare as they would for a major hurricane. Many took heed: Texans who could stocked up on food and water, while nonprofits and government agencies set out to help those who couldn’t.

But few foresaw the fiasco that was to come. They could not be prepared.

As temperatures plunged and snow and ice whipped the state, much of Texas’ power grid collapsed, followed by its water systems. Tens of millions huddled in frigid homes that slowly grew colder or fled for safety. And a prideful state, long suspicious of regulation and outside help, was left to seek aid from other states and humanitarian groups as many of its 29 million people grasped for survival.

At one hospital, workers stood outside to collect rainwater. Others stood in line at a running tap in a park. A mother of three took her children to shelter in a furniture store after she could see her breath forming in the family’s trailer. University professors fundraised so their students could afford meals.

Images of desperate Texans circulated worldwide. To some, they evoked comparisons to a less wealthy or self-regarding place. To others, they laid bare problems that have long festered.

The state’s Republican leadership was blamed for ignoring warnings that winter could wreak the havoc that it did, and for not providing local officials with enough information to protect residents now.

A week after she warned her county’s nearly 5 million residents about the impending storm, Harris County Judge Lina Hidalgo was sleeping on an air mattress at the county’s emergency operations center. Her home was without power for three nights.

“It’s worth asking the question: Who set up this system and who perpetuated it knowing that the right regulation was not in place?” Hidalgo said. “Those questions are going to have to be asked and I hope that changes will come. The community deserves answers.”

Around 2 a.m. Monday, the full measure of the crisis Texas faced began to be apparent.

Cold and ice had set in the day before, leading to spreading power outages across the state. But standing in the emergency operations center early Monday, Hidalgo and others learned that their local energy provider, CenterPoint Energy, would not be able to “roll” outages between homes as they had been told earlier.

Instead of short intervals of heat, enough to keep their homes safe, residents would have to go without for days on end.

Most people did not yet know that Texas’ power grid had been on the brink of total failure. That revelation would come three days later.

People who fled to the homes of relatives or neighbors had to consider the risks of contracting or spreading the coronavirus.

Ashley Archer and her husband decided to take in his best friend at their suburban Dallas home. She is pregnant and has been …read more

Pitts: Unlike Joe Biden, I do not believe unity is possible

Uh-oh. Joe Biden is talking unity again. It came last week at a CNN town hall in Milwaukee in response to a question about how he will bring Americans together. “I take issue with what everybody says about the division,” he replied. “The nation is not divided. You go out there and take a look […]

A 24-year-old man was fatally stabbed Monday night in San Francisco’s South of Market neighborhood. Related Articles Bay Area homicides 2021: Map and details Police found the man around 8:30 p.m. at the corner of Otis Street and Duboce Avenue. He was taken to a hospital, where he died, police said. Police arrested a 19-year-old […]

Horoscopes Feb. 14, 2021: Danai Gurira, refuse to let anyone interfere with your plans

CELEBRITIES BORN ON THIS DAY: Danai Gurira, 43; Phil Lewis, 53; Meg Tilly, 61; Terry Gross, 70. Happy Birthday: An aggressive approach to using your skills to advance will pay off. Refuse to let anyone interfere with your plans. Your conviction and discipline will be difficult to match when competing with anyone you come up […]