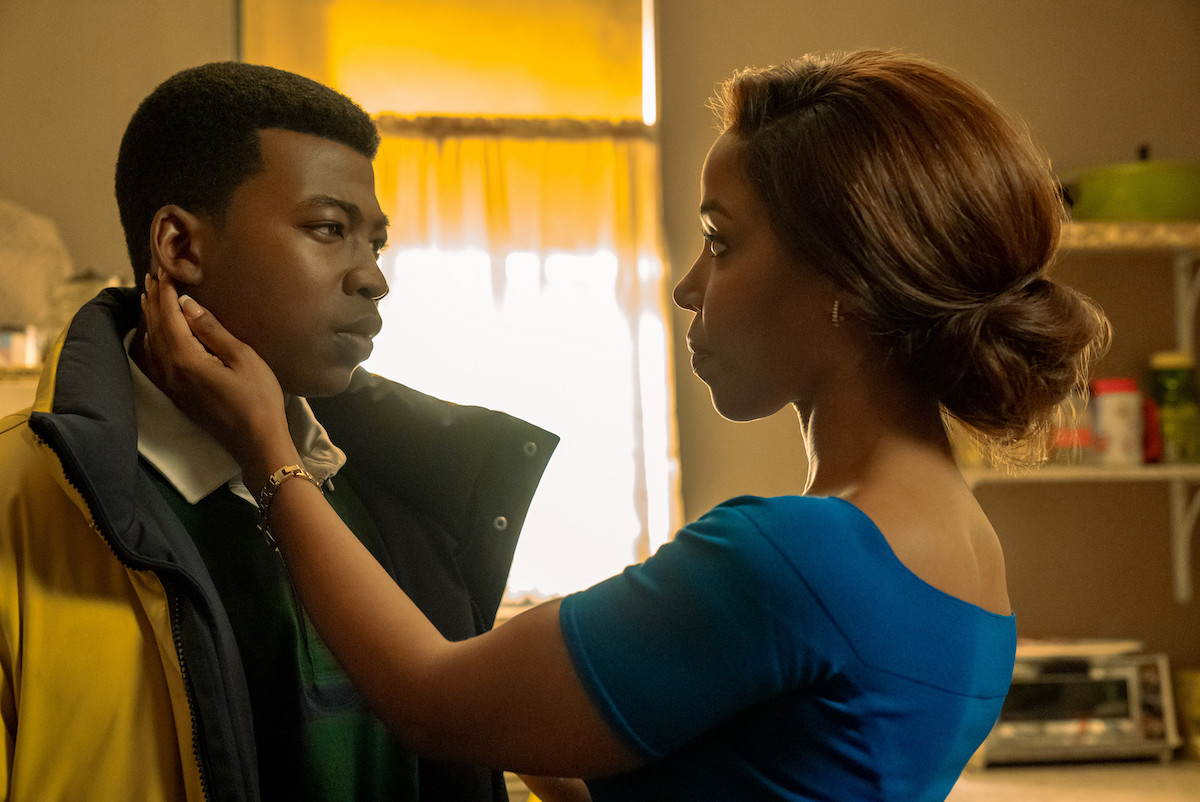 Raq will do whatever it takes to reconnect with Kanan in ‘Power Book III: Raising Kanan’

Ever since he shot Detective Malcolm Howard (Omar Epps),

Power Book III: Raising Kanan Season 2 is deeper and darker than the first season. The drama series is set in the ’90s and follows Kanan Stark (Mekai Curtis) during his teen years. Though he had always been close to his drug queenpin mother, Raquel “Raq” Thomas (Patina Miller), they are drifting apart.

Now fans believe that Raq has sent in a woman name Palomar (K.J. Smith) to keep an eye on her son.

Raq will do whatever it takes to reconnect with Kanan in ‘Power Book III: Raising Kanan’

Ever since he shot Detective Malcolm Howard (Omar Epps), Kanan has been distant from his mother, and she can feel it. Now, despite the rising dangers of her expanding business and everything else, Raq is desperate to get Kanan back on her side. It’s especially urgent now that Howard has told Kanan he’s his father.

“Raq will fight to tooth and nail to make sure her son is aligned with her,” Miller told PopSugar. “If she’s got to plot him with being a soldier in the business and do sort of all the things that she does, you’re going to watch her go through these different methods of getting her son back.”

Palomar could be working for Raq

Now that Raq knows Kanan has been connecting with Detective Howard, and Kanan hasn’t been forthright about his whereabouts, she could have gotten desperate enough to try and infiltrate his life in another way. In episode 206, Raq told Marvin (London Brown) that there is distance between herself and Kanan because of his age. “Kanan’s at an age where he keeps to himself … he used to tell me everything, no secrets, now he’s just got me guessing,” she said

Some fans believe that Raq has hired Palomar and her daughter Corrine to keep an eye on her son. Sistas actor K.J. Smith portrays Famous’ (Anthony Ortiz) intriguing new neighbor. “Palomar, is a young mom who’s frequently mistaken for her daughter, Corinne’s older sister,” Deadline reports. “Any responsible parent wouldn’t let their daughter within a mile of Kanan, Famous, and their friends, but Palomar is not that parent.”

Fans might recall that Raq was very interested in knowing if Kanan was seeing someone in episode 205, “What Happens in the Catskills.”

Whew! Raq and Kanan made it out of the Catskills. But the war has begun… #RaisingKanan pic.twitter.com/fQEkCJ0y1T

Though she thinks she’s protecting Kanan by lying to him about his paternity, Raq is really trying to protect herself. Her inability to come clean with Kanan is helping to push him into the monstrous man he will become. …read more

‘American Horror Story’: Ryan Murphy Admits He Was ‘Worried’ About This 1 Scene Between Evan Peters and Emma Roberts

Jeffrey Dahmer committed a series of killings that shocked the world. So much so that documentarians continue to make true crime movies and television series about him. As a result of his heinous crimes, he was called the Milwaukee Cannibal or the Milwaukee Monster. Law enforcement caught him in 1992, where he had no issue with sharing […]