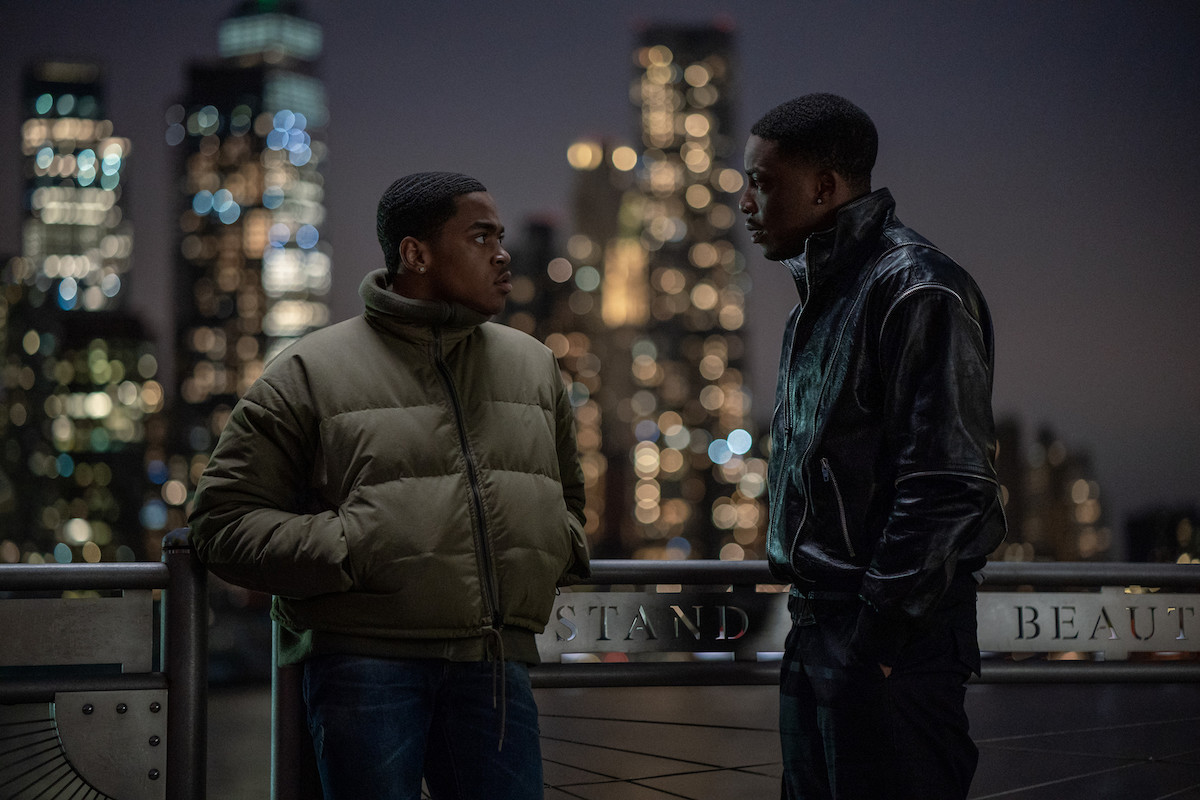 Tariq St. Patrick (Michael Rainey Jr.) has been dealing with quite a lot in Power Book II: Ghost Season 2. Just when he thought he finally found his stride, life has thrown him a series of curveballs. His lifestyle and past actions have all led him down a very dark path. Though Tariq is currently fighting for his freedom, there is also a major transformation for him on the horizon.

Here’s what we know about what Tariq will be dealing with next.

RELATED: ‘Power Book II: Ghost’: Tariq and Brayden May Have Some Major Competition in Season 2

Tariq is dealing with some dark things in ‘Power Book II: Ghost’ Season 2

During the first season of Power Book II: Ghost, fans watched Tariq juggle his life as a college student with his work as a drug dealer for the Tejada family. Now it’s all collided. Just as he won custody of his sister Yas, Tariq was arrested for double homicide. Though he did in fact kill his professor Jabari Reynolds (Justin MacManus), he was framed by Cane Tejada (Woody McClain) for the other murder. Now Tariq is going to have to figure out how to get out of the mess he created.

“Everything is getting so much heavier now,” Rainey told Express. “He doesn’t really have anyone on his side for stuff like this,” the actor continued. “I feel like he’s really dealing with that stuff and it’s just weighing on him and in his mind. I mean, he’s doing a good job dealing with it. You know, he’s staying strong and he’s staying resilient.“

RELATED: ‘Power Book II: Ghost’: Tariq Will Have to Deal With the Consequences of Murdering Jabari in Season 2

Tariq will have a major transformation this season

Tariq is learning quite quickly that you cannot outrun your past. As a result, he’s had to really sit with himself and deal with some things. In fact, Rainey had hinted that a transformation is coming for his character. “He’s sitting up and talking politely and everything like that,” the actor told TV Fanatic. “And especially this season, he’s going through so much more things, and everything that he’s going through just forces him to grow up so much. It’s just like you get to really see him become transformed this season. You really get to see him transform this season.

Actor LaToya Tonedo who portrays Diana Tejada on the show says more twists and turns are on the horizon. “Remember when I said there’s a ton of twists and turns that the fans won’t be able to guess??!!,” she tweeted. “THIS is one of them. ZEKE IS OUR HALF-BROTHER!! #POWERGHOST

Editor’s note: This is one in a series of Bay Area News Group stories honoring the top football players from the fall 2021 season. ATHLETES First team Jakson Berman, Valley Christian, 5-11, 185, senior First-team all-West Catholic Athletic League selection was a Mr. Do It All. As a quarterback, he threw for 1,950 yards and […]

“Don’t plant a pest!” You may wonder what the difference is between a weed and an invasive plant. Let’s just say that invasive plants are weeds, only much worse. Weeds are unwanted plants that appear in cultivated areas. They can be either native or non-native, but they have a tendency to grow only in areas […]

It was early October, and Campolindo was facing the possibility of having its worst season in over a decade. For the second time, the Cougars had been walloped at home, this time by Diablo Athletic League-Foothill Division rival Benicia 35-0. Campo was 3-3 after the Benicia defeat. Earlier in the season, the Cougars had been […]