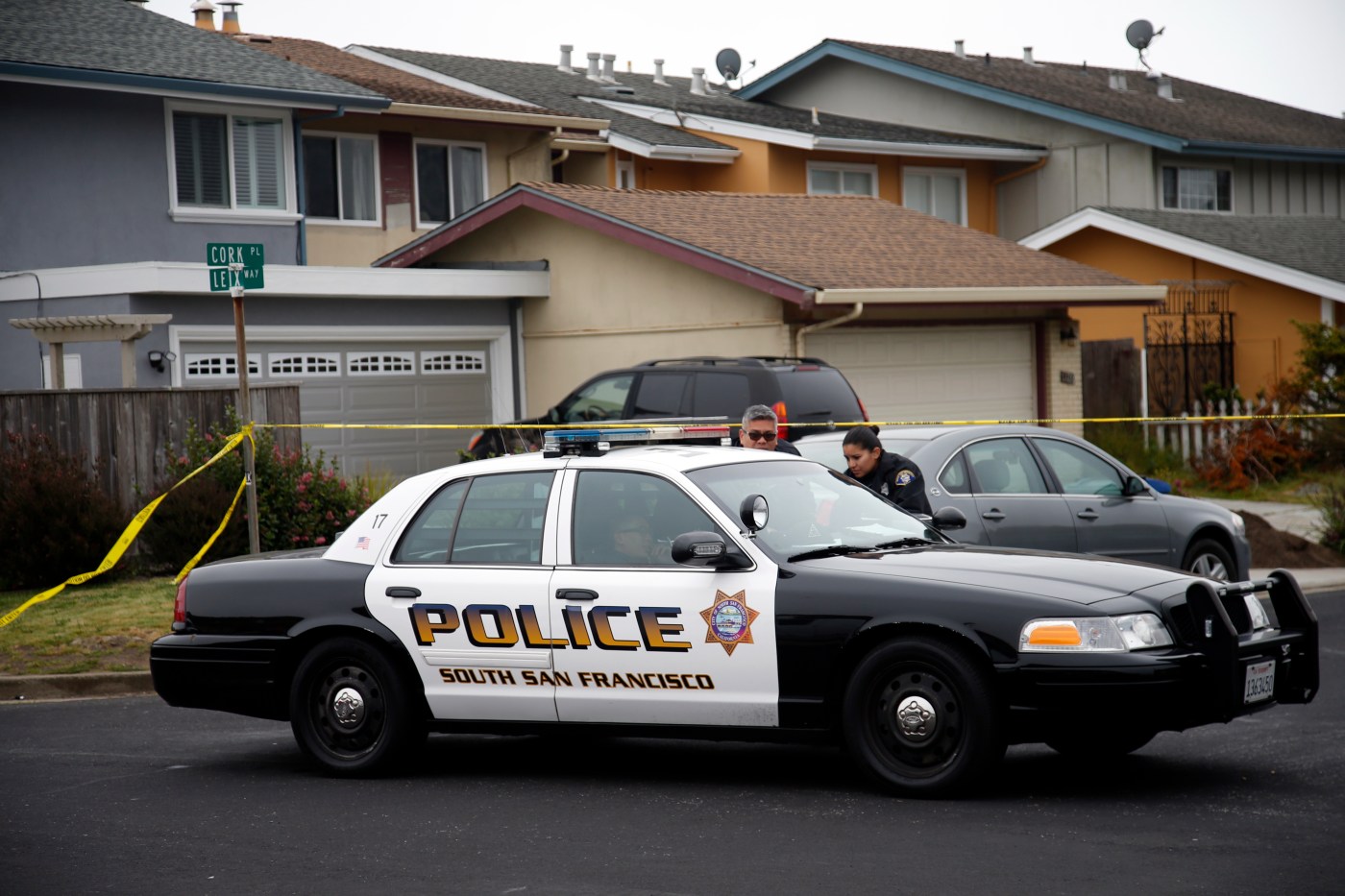 An Oakland man with a $100,000 arrest warrant out for him crashed into a parked car with people inside it and through the fence of a cemetery following a chase that preceded his arrest Friday night, police said.

The two people who were in the parked car were hospitalized and treated for undisclosed injuries that were not life-threatening police said. The suspect wasn’t injured.

In a statement, South San Francisco police said the 25-year-old suspect was arrested on suspicion of vehicle theft and felony evasion. He remained in custody Saturday at the San Mateo County jail.

It all started around 9 p.m. when police said the suspect stole a vehicle from a parking lot in the 400 block of Collins Road in Colma. The owner of the car saw it stolen, police said, and called 911 while following the vehicle into San Francisco.

South San Francisco police officers located the vehicle on El Camino Real and attempted to stop it, only to watch it speed away, police said.

The suspect sped up as did the officers, and police said the pursuit went through San Bruno and South Francisco before the suspect crashed in the 1800 block of Hillside Boulevard.

The vehicle first hit an occupied vehicle, injuring the two people inside it. It then smashed through the fence of a cemetery after colliding with the vehicle.

Sponsored: What Electric Vehicle to Buy? A Chevy Bolt EV or a Tesla Model 3?

You Are What You Drive – A Bottom LineReview The Bottom Line: The educated guess is that electric vehicles will take 10% of the global passenger vehicle sales market by 2025, with that number rising to 28% in 2030, and 58% in 2040. According to the same study, EVs currently make up only 3% of […]

UN: At least 74 migrants die in capsizing off Libya coast

By Noha Elhennawy | Associated Press CAIRO — At least 74 migrants drowned after their Europe-bound ship capsized off the coast of Libya on Thursday, the U.N. migration agency said, in the latest in a series of at least eight shipwrecks in the Central Mediterranean since last month. The boat was carrying over 120 migrants, […]

Twitter launched a brand new way to communicate on the platform on Tuesday. It’s called Fleets and it’s intended for users who have something to say — but not necessarily something that they want floating around social media for decades or, really, even days to come. Fleets are ephemeral text/photo/video messages — either meant a […]