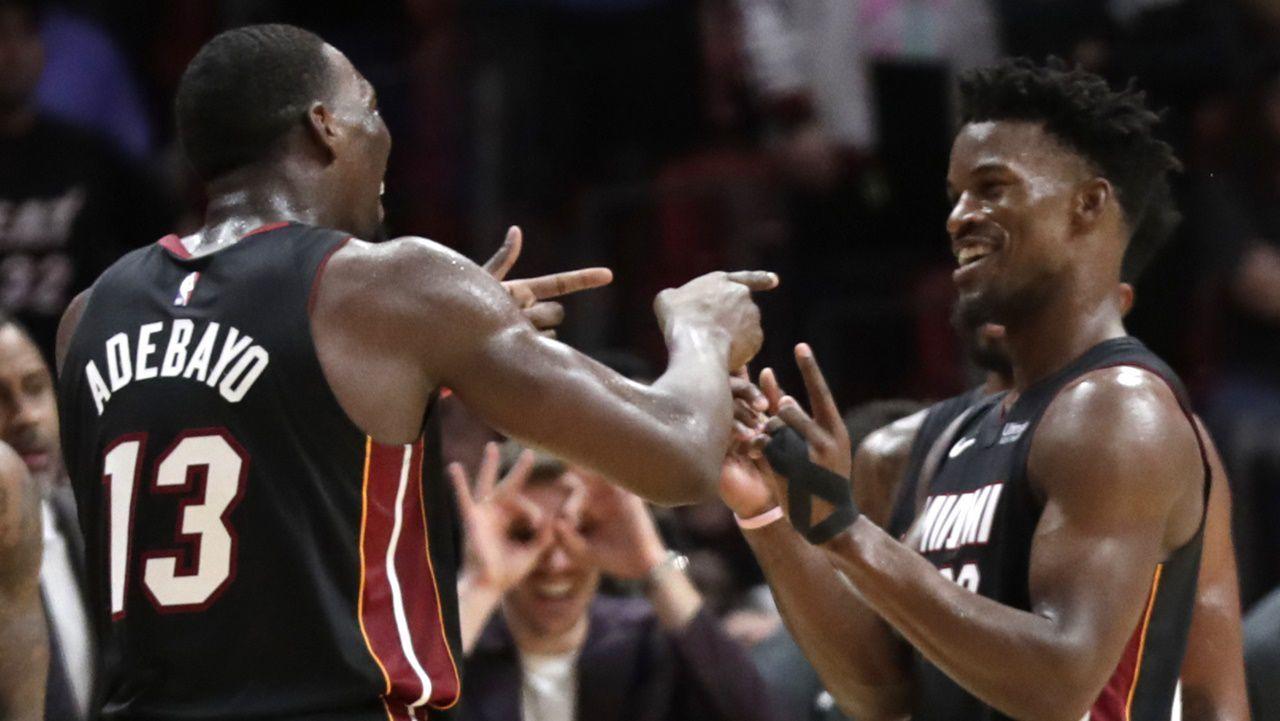 In the NBA’s point/counterpoint of trying to get points, the standings at the moment are: Opponents 2, Jimmy Butler 1.

As in, since Friday night’s blowout road loss to the Dallas Mavericks, when Butler has gotten the ball, the Heat’s starting forward has been seeing a steady stream of double teams, something that also was the case in Sunday’s home victory over the New Orleans Pelicans.

“I think it’s something that we’re going to continue to see,” point guard Kyle Lowry said, with the Heat on Tuesday night hosting the Boston Celtics. “I mean, he’s one of the most dominant basketball players in our league and teams aren’t going to let him play one-on-one.”

So it has been back to school for Butler and the Heat, with opposing NBA coaches continuing to offer defensive wrinkles through the 82-game marathon.

“I think we can continue to work at it,” guard Tyler Herro said. “It’s something that we’re going to see a lot now, so we have to make adjustments to it.

“We prepared for it a little [Sunday]. We’ll continue to get our reps, and ultimately by the playoffs we want to have something that we can go to and feel comfortable with.”

By then, the approach could well change again. But at the moment, it is a tactic that has required counters.

“I mean,” Herro said, “that’s what everybody does. If you see something that works, probably do it until it works, and once we beat it, they probably won’t do it anymore.”

The double teams of Butler come in the wake of opponents previously throwing double teams at Herro amid his early-season scoring breakouts. Opponents also have been crowding center Bam Adebayo more often in the post.

The common thread to the approaches has been almost a disrespect for the Heat’s supporting players, be it Lowry and Caleb Martin in the starting lineup or some of the inconsistent reserves, with the Heat arguably getting less from their complementary players than in recent seasons.

“But I think we’ve made good adjustments,” Lowry said. “And once you start making some shots and getting to your right spots, things kind of open up.”

With the Heat, it has become a case of if they make their shots, which hardly has been the case for a team at the bottom of the league’s shooting percentages.

“We’re going to see this a lot more and we’re just going to continue to get better at it,” coach Erik Spoelstra said. “Anytime we can get two on the ball in whatever scenario, we spent a great deal of time early in the season trying to find a way where we could be more efficient with two on the ball when Tyler was handling and they were trapping him. We’re much improved from where we were last year on that.”

But Adebayo said that is not good enough, that allowing opponents to get the ball out of Butler’s hands is a win for the opposition.

“Knowing J.B,’s going to get doubled, everybody’s got to be on red alert,” Adebayo said. “And …read more

Is ‘The Company You Keep’ Based on a Book? What to Know About Milo Ventimiglia’s New Series

Milo Ventimiglia enters a life of crime and cons in his first TV project post-This Is Us, called The Company You Keep, later this month. Ventimligia’s role in the new ABC series comes with a romantic and thrilling plot, but what is the inspiration behind it? Read on to find out if The Company You […]

Editorial: We want to be done with COVID-19, but it isn’t done with us

As much as the Bay Area would like to be done with COVID-19, the virus isn’t done with us. Santa Clara County Public Health Officer Dr. Sara Cody announced Wednesday that the county will close its COVID-19 vaccination and testing sites by the end of February. On Monday, the Biden administration said it plans to […]