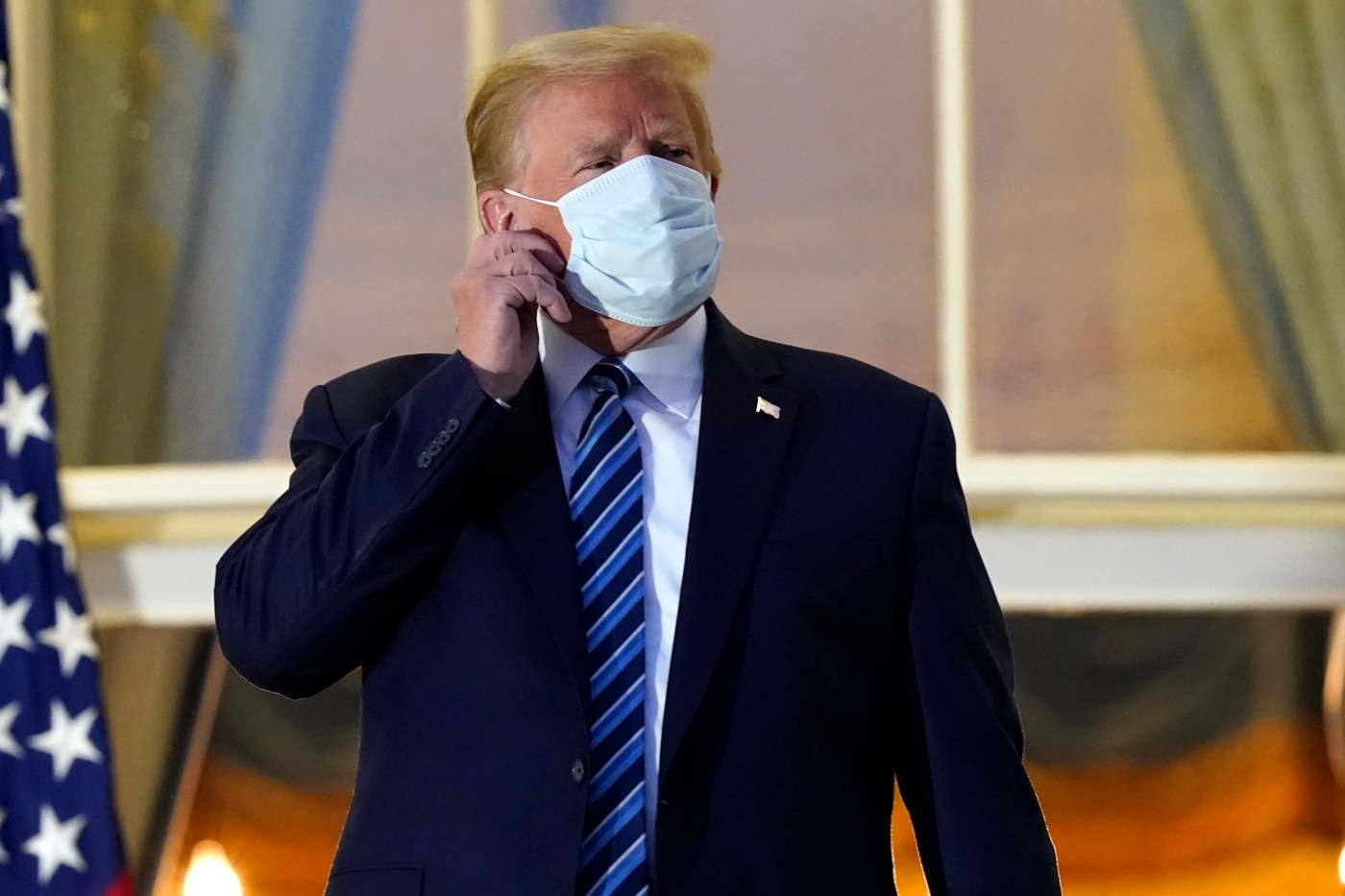 “Are you not entertained?” — Maximus, in “Gladiator”

It helps if you think of it as a show.

Certainly, that’s the way the man in the middle of it does. So just consider last weekend the latest bizarre episode in season four of the Donald Trump presidency. Call it “The One With COVID-19.”

Granted, it’s a favored conservative trope that liberals are the ones held hostage to so-called “Hollywood” values. But there is no one who embodies the worst of the dream factory — of image over substance and overweening self-regard — more than the reality show impresario Trump. He has turned the presidency into a production, stage-managed his office — and now, his COVID-19 diagnosis — with the sole aim of boosting his ego and political prospects.

People have already died from this. Based on this latest episode, there may well be more to come.

It could be a White House butler, chef or janitor. Maybe a body man, a journalist or a Secret Service agent. Maybe some member of Cult 45 who will be persuaded to emulate Dear Leader’s cavalier attitude toward a deadly virus. “Don’t be afraid of COVID,” tweeted Trump before leaving Walter Reed National Military Medical Center Monday, almost certainly against the advice of his doctors. “Don’t let it dominate your life.”

Someone will likely die from that — on a ventilator, miserable and alone, gasping out the last of life, as loved ones can only watch via FaceTime or Skype. For whatever it’s worth, it could yet be Trump himself. Because you may lie, deny and deflect to your heart’s content, but eventually, the piper presents the bill.

Of course, we all know how Trump treats creditors. So one is hardly shocked that, even after his diagnosis, with at least 14 people in his orbit — including his wife, his press secretary and former aide Kellyanne “alternative facts” Conway — also testing positive, Trump still acts as if COVID-19 is no big deal. He is less concerned with being well than with seeming well, with depicting himself as unbowed and in charge.

So you get that aimless motorcade around the hospital — some poor Secret Service driver trapped with him as he waves at MAGA hats while breathing out disease inside the hermetically sealed presidential vehicle. And you get that picture purporting to show the laziest president in recent history “working” at the hospital. And you get that return to the White House where he stands on a balcony and makes a dramatic show of removing his mask, then strides his infected body into a building full of government workers.

Trump is a living Hollywood facade — a front with nothing inside. So he resorts to photo ops like those to make him appear rugged and tough, with powers and abilities beyond those of mortal men. It’s all as fake as a Western street on a Universal Studios back lot. Yet he will go to great lengths to make it seem real.

Consider how he pressured his doctor, Sean Conley, to give a rosier …read more

Dear Amy: A friend of 35 years recently “broke up” with me via email. Columnist Amy Dickinson (Bill Hogan/Chicago Tribune)  It was due to politics, I conclude, although we have never discussed politics in person, by phone, or email. However, I frequently post my convictions on Facebook. I aim to be civil and to back […]

PG&E says its equipment might have sparked recent fatal wildfire

PG&E’s equipment might have caused a fatal and destructive recent wildfire in Shasta County, and state investigators have confiscated some of the company’s gear in connection with the fire, the utility has told California regulators. The blaze, known as the Zogg Fire, broke out on Sept. 27 near the Shasta County town of Igo, which […]

“My doctor says that the key to healthy living is to start each day with a good breakfast,” Unlucky Louie remarked to me in the club lounge. “So you’ve gotten with the program?” I asked. “I’m trying,” Louie said sadly, “but my old toaster has two settings: ‘too soon’ and ‘too late.’” Louie also has […]