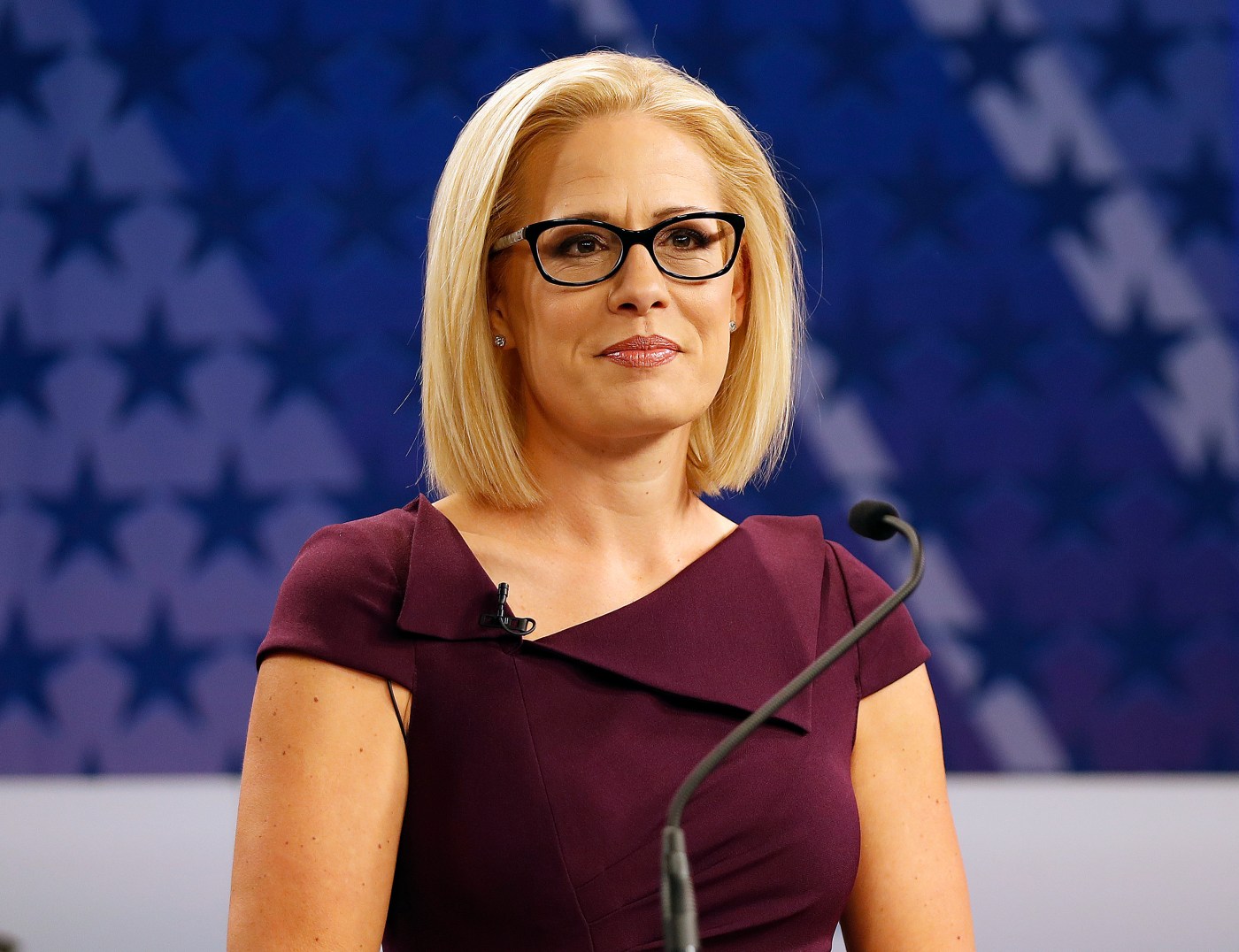 Your friend would not be pleased with you.

Meaning John Lewis, the Georgia congressman and civil rights titan who died last year of pancreatic cancer. You marked the anniversary of his passing over the weekend with a spectacularly hypocritical tweet, calling him “a personal hero of mine — a man of principle and courage. … Rest in power, my dear friend.”

As many observers — this one included — were quick to point out, the best way to honor Lewis would be by defending the cause that made him iconic: voting rights. Instead, you’ve chosen to defend the filibuster, a parliamentary parlor trick by which Republicans have blocked two bills — one of them named for your “dear friend” — designed to protect those rights from renewed assault by right-wing lawmakers.

If not getting it were an Olympics event, you’d be in gold-medal contention.

The argument Democrats like you and Sen. Joe Manchin offer for refusing to end — or even modify — the filibuster sounds principled enough. You contend that, while it might be tempting for Democrats, who hold the Senate by a single vote, to dump a procedure that gives veto power to the minority, it’s prudent to remember that one day the tables will turn and Republicans will be in charge.

But that reasoning takes for granted that the normal rules still apply. Considering the GOP’s recent lawlessness, its wholesale abandonment of democratic norms, that conviction feels … quaint.

You’d do well to take a lesson from Abraham Lincoln. Initially, his goal in the Civil War had little to do with ending slavery. No, he only wanted to get back to normal, to restore “the Union as it was.” Eventually, though, he came to see that this was impossible: The old union was gone, and he would have to make a new one. That’s when he became determined to eradicate slavery. That’s why he spoke at Gettysburg about “a new birth of freedom.”

Like Lincoln, Democrats are fixated on restoring the Union as it was. Meaning, before polarization and misinformation, before disaffection and insurrection, before crazy came to town, chaos trailing in its wake.

Well, at some point, Democrats must realize, as Lincoln did, that the old Union cannot be restored. Too much has happened, too much has changed. Consider that a new poll finds two-thirds of Southern Republicans favoring a course Lincoln knew all too well: secession.

In other words, senator, this is not your father’s America. Yet Democrats like you continue to believe “normal” is a place to which we can return. One can almost admire your obstinacy. Lincoln, too, had a dogged faith in this country; nothing wrong with that. But Lincoln was also pragmatic and creative enough to understand that, separate from losing the war, he was also losing the argument — and that to win, he had to take the fight to higher ground.

Your party, by contrast, talks a good game. That’s what your tweet was about, what President Biden’s voting-rights speech last week was about. But …read more

General Motors officially announced on Tuesday, July 13, it’s bringing its Advanced Design Center to Pasadena, where it will invest $71 million to build a new campus. The auto-making giant says it wants to bring the company closer to technology hubs, leading universities and design schools while creating jobs and increasing its own capacity. The […]

Best Actor nominee for “A Star is Born” Bradley Cooper (L) and his girlfriend, Russian model Irina Shayk, arrive for the 91st Annual Academy Awards at the Dolby Theatre in Hollywood, California on February 24, 2019. (Photo by Robyn Beck / AFP) (Photo credit should read ROBYN BECK/AFP/Getty Images)  Shayk and Cooper were the target […]

COVID: NYC workers will need to be vaccinated or tested weekly

By Karen Matthews and Jennifer Peltz | Associated Press NEW YORK — New York City will require all of its municipal workers — including teachers and police officers — to get coronavirus vaccines by mid-September or face weekly COVID-19 testing, Mayor Bill de Blasio announced Monday. The rule is expected to affect about 340,000 city […]