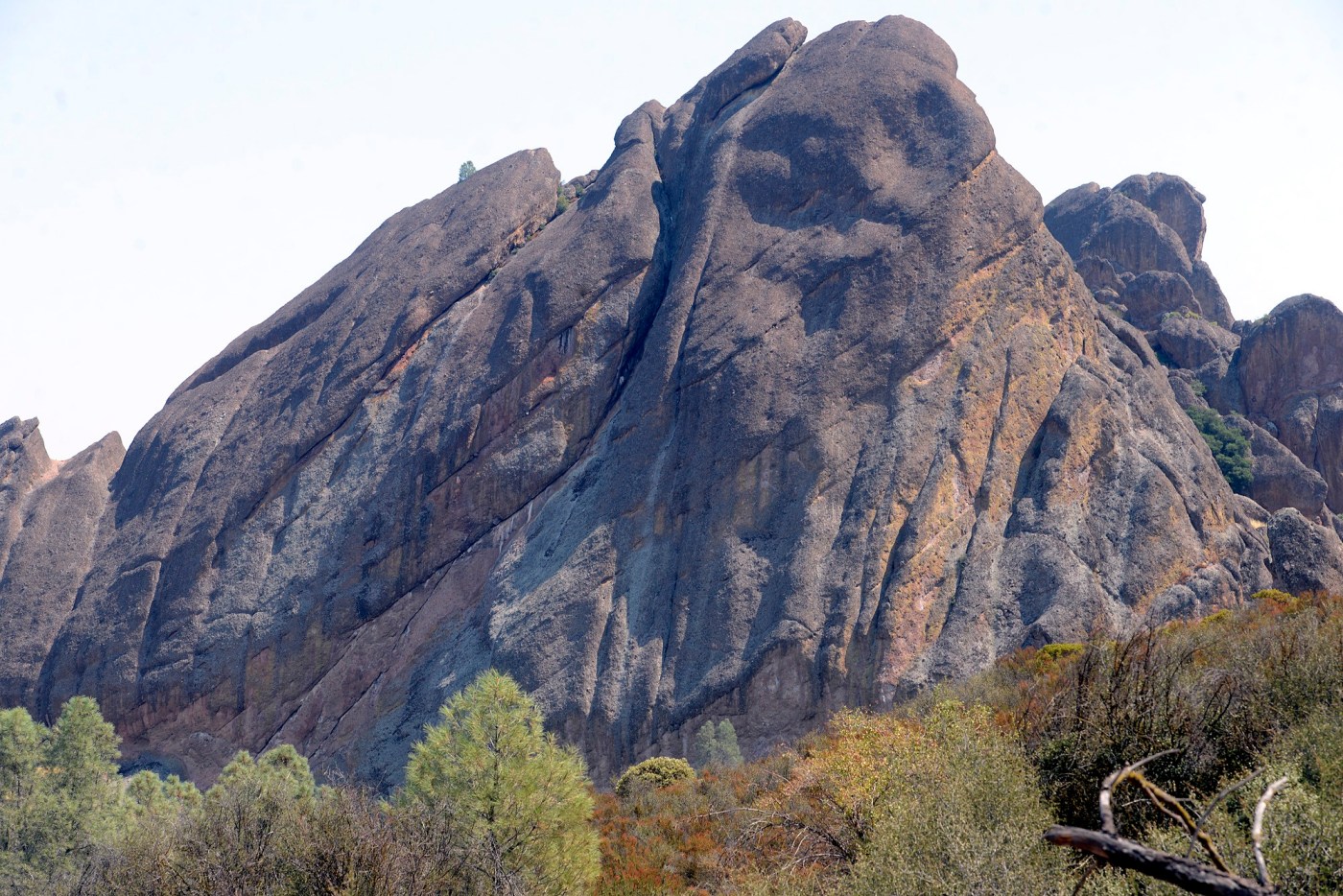 The park closed the west end of the park including the entrance near Soledad and all trails except for the Bench and Sycamore trails last month as a fire safety precaution.

“We have not experienced a large fire in a number of years, actually more than 15, and if you look at our fire history almost all of the park has burned throughout the years,” said park Superintendent Blanca Alvarez Stransky. “So we’ve been told by our fire management officers that Pinnacles is at a high risk for fire, so we’re taking every precaution we can to prevent that and that’s one of the reasons we had to close.”

Stransky cited the change in seasons leading to increased humidity at night and shorter days and the slow return of wildland fire resources to the area as reasons to fully reopen the park. Multiple wildfires were burning in the region, in the state and in the western United States causing the partial closures.

“We were doing our part to support the firefighting efforts by trying to limit folks so if there was a fire we could easily evacuate,” she said. “People come to our parks and they go hiking in the wilderness and it’s very difficult to get to them if there is a fire.”

However, Stransky said the park still has a high fuel load of dried vegetation and fire danger will fluctuate between high and very high until December. The fire danger was very high Thursday and should remain there into the weekend. All campfires or cooking fires are prohibited in the park and use of propane or gas stoves for cooking purposes is restricted to designated campsites, use of charcoal grills is prohibited, smoking is only allowed within enclosed vehicles and driving or parking vehicles off-road and/or on vegetation is prohibited.

“We don’t have what they call an initial attack crew available, so if there was a small fire that was started in the park we do not have anyone that’s trained that can immediately go to that area,” she said. “We would have to wait for the response to come out of the Cal Fire station that’s further down the road. Because of all the fires in California we were at 96% commitment of resources, so that puts us in a little bit of a shaky situation.”

COVID-19 regulations remain in place at the park, keeping the Bear Gulch Nature Canter and West Visitor Center closed as well as the Balconies and Bear Gulch Caves. Shuttle services inside the park remain non-operational.

“It’s hard to socially distance (in the caves) and it’s hard not to touch everything when you’re going through,” Stransky said. “It’s also a moist, dark space that’s a perfect breeding ground for all kinds of germs.”

By Rachel Metz | CNN Business It’s a nightmare product-release scenario, even for Apple: A raging pandemic has infected millions, including the President, and forced millions of Americans out of work. A reckoning with racial injustice has swept across the country. And in the company’s home state of California, record-breaking wildfires blaze. That’s the backdrop […]

How the Trump campaign lost its cash advantage

By Brian Slodysko and Zeke Miller | Associated Press WASHINGTON — President Donald Trump’s sprawling political operation has raised well over $1 billion since he took the White House in 2017 — and set a lot of it on fire. Trump bought a $10 million Super Bowl ad when he didn’t yet have a challenger. […]

SAN JOSE — Amazon’s web services unit, in an unexpected deal, has bought a site near downtown San Jose where a huge industrial center has been proposed. The tech titan has bought a 17.8-acre site near at 1605 S. Seventh St. near the corner of East Alma Avenue, a short distance from the city’s downtown […]