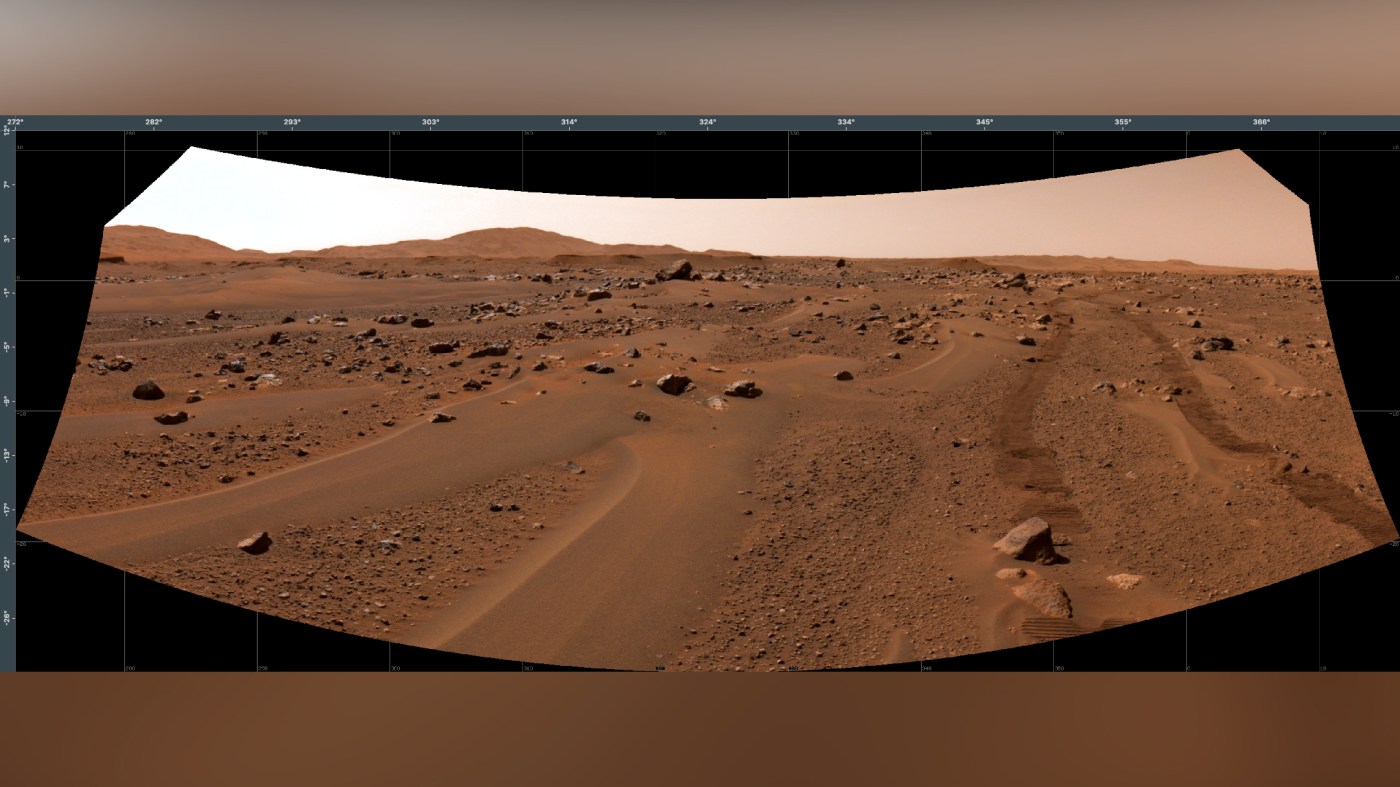 Almost a year after NASA’s Perseverance rover was launched on its nearly seven-month journey to Mars, the robotic explorer is preparing to collect its first Martian sample within the next two weeks.

This sample, which will be returned to Earth by missions in the 2030s, might contain evidence of whether there was past life on Mars.

The rover has also collected some of its first scientific observations of the red planet as it searches among the rocks and dust.

Perseverance landed in Jezero Crater in February. Billions of years ago, the site was home to an ancient lake and river delta. Since June 1, the rover has been explore a 1.5-square-mile area of the crater, known as the “Cratered Floor Fractured Rough,” in search of the crater’s deepest and most ancient layers of rock.

On the rover’s 7-foot (2-meter) long robotic arm is a drill that will help it collect samples to place inside its caching system within the belly of the rover. The process to collect Perseverance’s first Martian sample will take about 11 days — a lot longer than the 3 minutes and 35 seconds it took astronaut Neil Armstrong to collect the first lunar sample.

“When Neil Armstrong took the first sample from the Sea of Tranquility 52 years ago, he began a process that would rewrite what humanity knew about the moon,” said Thomas Zurbuchen, associate administrator for NASA’s Science Mission Directorate, in a statement.

“I have every expectation that Perseverance’s first sample from Jezero Crater, and those that come after, will do the same for Mars. We are on the threshold of a new era of planetary science and discovery.”

Perseverance will receive instructions from its teams on Earth ahead of collecting the first sample.

First, Perseverance will align itself so that everything needed for sampling can be reached by the robotic arm, followed by an image survey using the rover’s suite of cameras. This survey will allow the rover’s science team to select the site of the first sample, as well as a separate target in the same area.

They will analyze the second target first before collecting the sample at the first target.

“The idea is to get valuable data on the rock we are about to sample by finding its geologic twin (nearby) and performing detailed in-situ analysis,” said Vivian Sun, science campaign co-lead at NASA’s Jet Propulsion Laboratory in Pasadena.

The rover will use an abrading tool to scrape off the top layers of the rock, blow it clean and study it using Perseverance’s science instruments.

Together, these instruments will provide an in-depth look, including a mineral and chemical analysis, of the Martian rocks.

On sampling day, the rover’s arm will retrieve a sample tube from its cache inside Perseverance’s belly and drill about 5 centimeters into the untouched twin of the rock it analyzed. This sample will be about the size of a piece of chalk.

Then, the sample’s volume will be measured, photographed, sealed and stored within the rover.

Sex abuse scandals haunt USA Gymnastics even at the Olympics

TOKYO – Ten years ago Tokyo hosted another major international gymnastics competition, the 2011 World Championships. Those Worlds would launch a decade of American dominance unprecedented in the sport; an era where Team USA has won all seven Olympic or World all-around team titles available between 2011 and 2019, all but one of the individual […]

By Romy Varghese | Bloomberg California Treasurer Fiona Ma is facing a lawsuit from a former executive director who is accusing her of sexual harassment, discrimination and wrongful termination. Judith Blackwell, who at one point oversaw two key housing finance agencies, said the treasurer exposed her naked rear end to her many times and gave […]