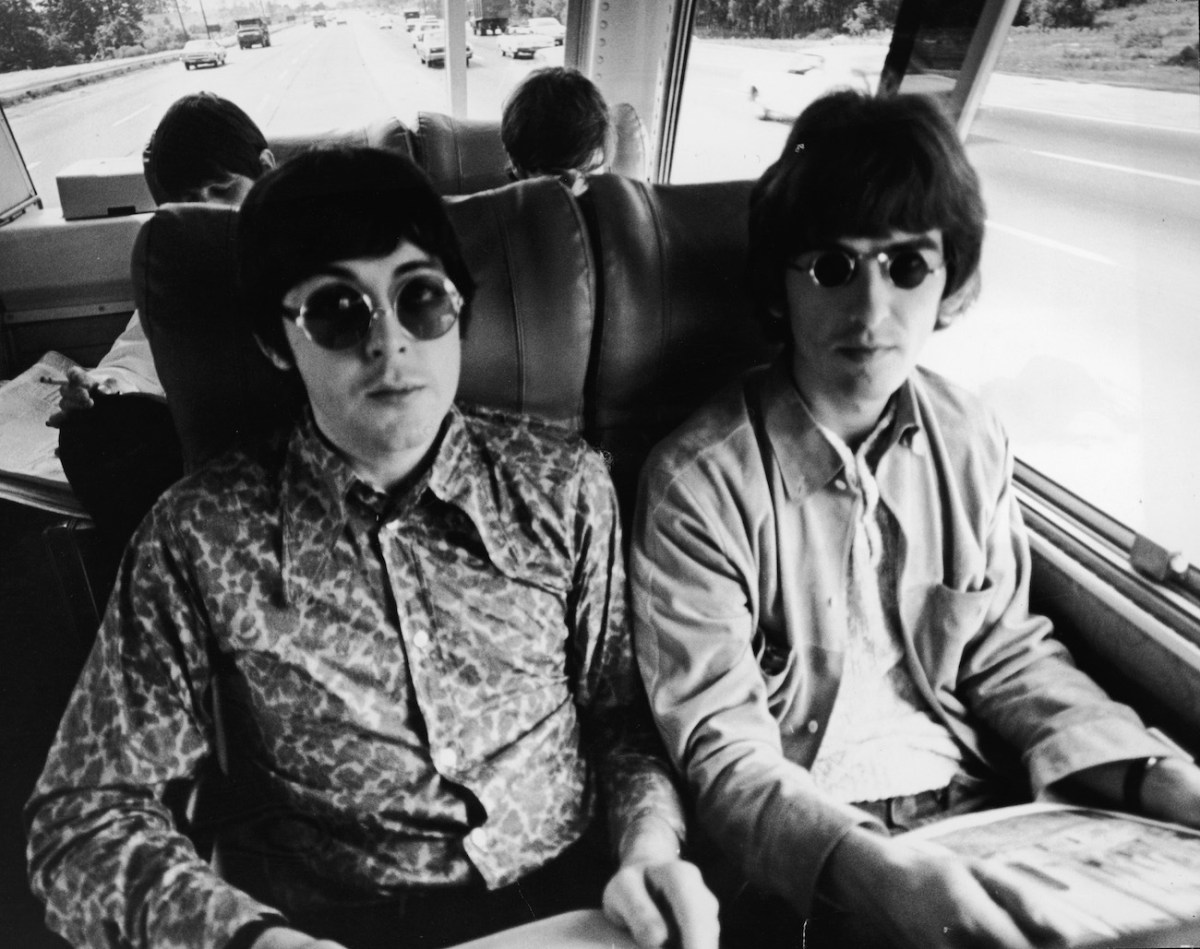 In May 2001, George Harrison underwent surgery for lung cancer. He released a statement saying it was successful, and he was well into an excellent recovery. Two months later, doctors treated him for a brain tumor at a clinic in Switzerland. Still, George and

Paul McCartney advised George Harrison to stay at Speke Hall in Liverpool during his last months. The Beatle wanted to help his former bandmate find a peaceful place to stay. In the end, George died in an LA home once leased by Paul.

In May 2001, George Harrison underwent surgery for lung cancer. He released a statement saying it was successful, and he was well into an excellent recovery. Two months later, doctors treated him for a brain tumor at a clinic in Switzerland. Still, George and his wife, Olivia, were hopeful of the ex-Beatle’s full recovery.

However, the newspapers spun stories. The Mail on Sunday fabricated an interview from The Beatles’ former manager, George Martin, that claimed George was dying. He was “disappointed and disgusted” by the reports.

In a 2001 interview, Rolling Stone brought the issue up with Paul. The “Yesterday” singer said he had to call George to hear the truth.

Paul said, “I spoke to George immediately after that. He said, ‘I suppose you’re ringing about [the newspaper reports].’ I said, ‘Not really, but I’m concerned.’ He said, ‘I just got an e-mail from George Martin, who said, ‘I promise you, George, I really didn’t say that. I wouldn’t ever.’”

Paul continued, “I don’t really like to talk about [George’s health] because I don’t know enough about it. I don’t really like to pry. Obviously he’s had problems, and I’m not sure of the current stage of things. But every time I ring him, he’s very upbeat. So I just cross my fingers and pray that things will be all right.”

Unfortunately, the Mail on Sunday’s false reports became a reality shortly after. George was dying.

RELATED: George Harrison Thought It Was Strange That Michael Jackson Bought The Beatles’ Catalog Because He Was Supposed to Be Paul McCartney’s Friend

It seems Paul was more concerned about George than he initially let on.

During an interview with The Telegraph, Paul said George traveled around the world in his last months seeking treatment. He suggested George retire someplace nice.

Paul said he suggested George go to Speke Hall, a famous Tudor mansion in Liverpool. He said, “He was sort of getting a bit, ‘Can’t we just stay in one place?’ And I said: ‘Yes, Speke Hall. Let’s go to Speke Hall.’”

George wanted to rest someplace nice, but he also wanted privacy. Unfortunately, he didn’t get it.

During an …read more

‘Bridgerton’ Season 3 Will Be a Lot Sexier Than Season 2

Nicola Coughlan as Penelope Featherington, Luke Newton as Colin Bridgerton in ‘Bridgerton’ | Liam Daniel/Netflix Penelope will be focusing on herself in ‘Bridgerton’ Season 3 After overhearing Colin dismiss her as a romantic prospect at the end of Season 2, Bridgerton is one of Netflix’s biggest hits. The series is set in the early 19th century […]

In the band Fleetwood Mac, the most popular lineup includes Mick Fleetwood, Lindsey Buckingham, Stevie Nicks, Christine McVie, and John McVie. On Nov. 30, 2022, it was announced that Christine McVie died at the age of 79. Before Christine McVie’s death, Fleetwood was interviewed by Rolling Stone where he revealed his “fantasy” was for the members of […]

By MARY CLARE JALONICK (Associated Press) WASHINGTON (AP) — The Senate passed bipartisan legislation Tuesday to protect same-sex marriages, an extraordinary sign of shifting national politics on the issue and a measure of relief for the hundreds of thousands of same-sex couples who have married since the Supreme Court’s 2015 decision that legalized gay marriage […]