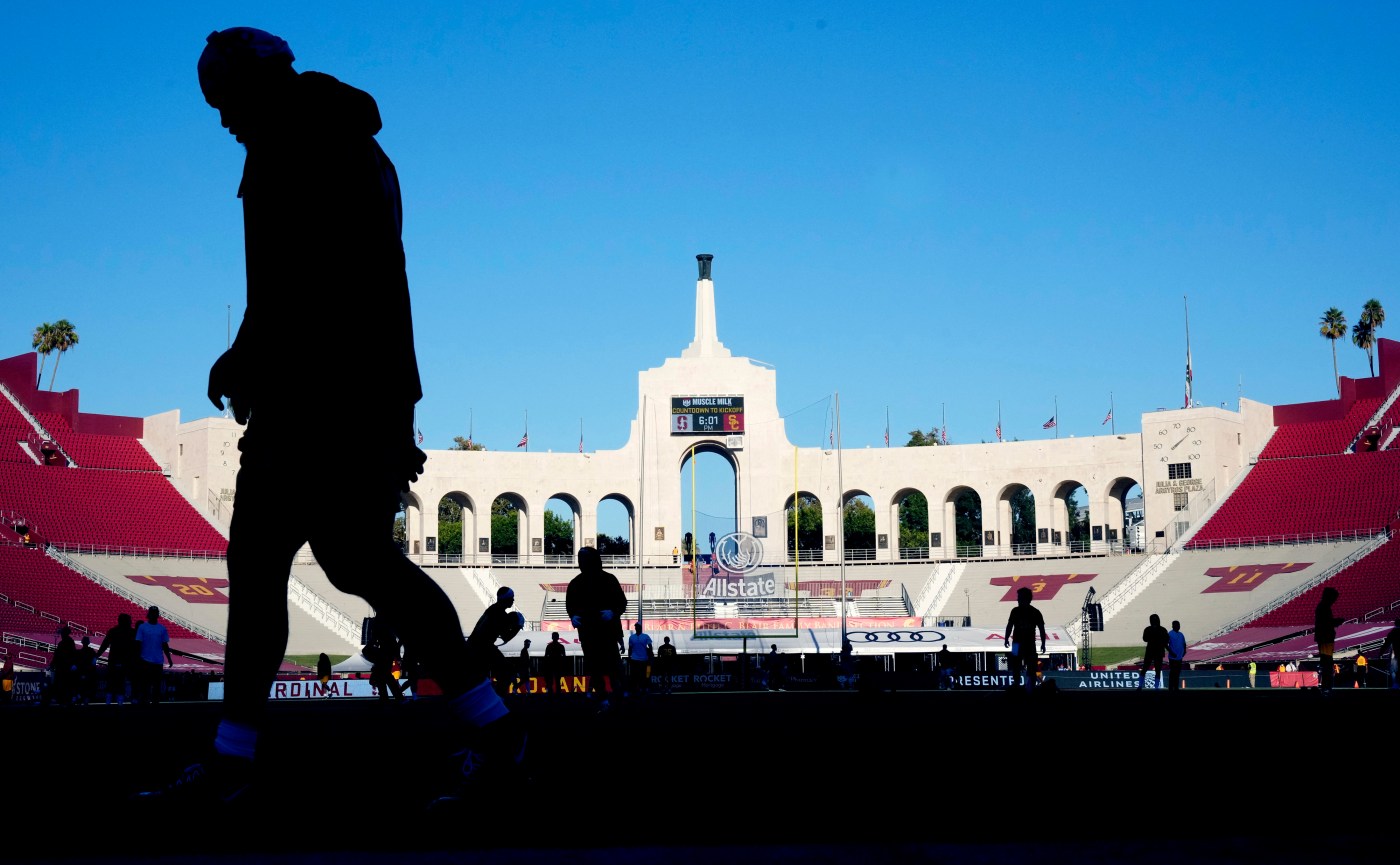 1. Does Brigham Young own, or rent?

The ultimate bragging rights are on the line Saturday night in the L.A. Coliseum, where USC carries the Pac-12 banner against BYU.

Will the Trojans be more successful than their peers?

The Cougars are 4-0 against the Pac-12 this season, with victories over Utah, Arizona State, Arizona and Washington State.

A five-game sweep would place a fitting bow on the Pac-12’s mediocre season and ensure years of sarcasm from a fan base eternally frustrated that a membership invitation never arrived. (At least the Big 12 finally called!)

But that’s not all: Because Washington State is alive in the North race, it’s possible the 2021 season will conclude with BYU having beaten both division winners.

In that situation, the Pac-12 should seriously consider hiring a crisis communications firm.

The mockery coming from Provo will be relentless, and unmerciful … and justified.

2. Speaking of divisions, the North scenarios are as follows:

— Oregon wins the division with: a victory over Oregon State.

— Oregon State wins the division with: a victory over Oregon and a Washington State loss to Washington.

3. The Oregon schools ceased to call their rivalry game the Civil War in the summer of 2020 and have not settled on a new name.

In fact, they issued a joint statement this week, according to kezi.com:

“The Oregon-Oregon State series continues to be a great rivalry, and we look forward to Saturday’s game. We have no updates regarding any new names for the series at this time.”

4. The Pac-12’s bowl math is actually quite simple considering what could have been the case entering the final weekend of conference play.

Maximum bids possible: seven (Cal and USC play each other next weekend)

5. We’ll see some Apple Cup history this weekend. Per the conference office:

6. Of the seven games this weekend, only one is on the Pac-12 Networks: The Territorial Cup, on Saturday afternoon in Tempe.

Two games made the cut for broadcast television, with Colorado-Utah (Friday) and Notre Dame-Stanford on FOX. (The announcing team of Joe Davis and Brock Huard has both, fortunately.)

In a rarity, ESPN will air two Pac-12 games on Saturday, with Oregon-Oregon State at 12:30 p.m. and then USC-Brigham Young as the nightcap.

Territorial Cup: Arizona State has won four in a row over Arizona, including the 70-7 victory last year. The Wildcats haven’t won in Tempe since 2009.

Apple Cup: Washington has won seven in a row over WSU. The Cougars haven’t won in …read more

Evacuations have been ordered because of a wildfire near Estes Park, the Colorado town on the edge of Rocky Mountain National Park. The Kruger Rock Fire was discovered Tuesday morning and quickly grew from five to 20 acres, according to the Larimer County sheriff’s office. Residents of Little Valley and Hermit Park were told to […]

Adele Reveals Who ’30’ Is For: ‘I’d Rather Cater to People That Are on My Level’

Adele | Cliff Lipson/CBS via Getty Images How ’30’ is different from other albums A lot has changed since Adele’s last album. For one thing, her son, Angelo, is 9 years old now. He was a big inspiration for 30. “He has so many simple questions for me that I can’t answer, because I don’t […]

We’ve reached section championship weekend across the Bay Area, which means there are only two weekends left after this one until the curtain drops on the 2021 fall season. In this all-for-fun Bay Area News Group high school football picks competition, yours truly has stretched the lead to four games over Evan Webeck and 12 […]