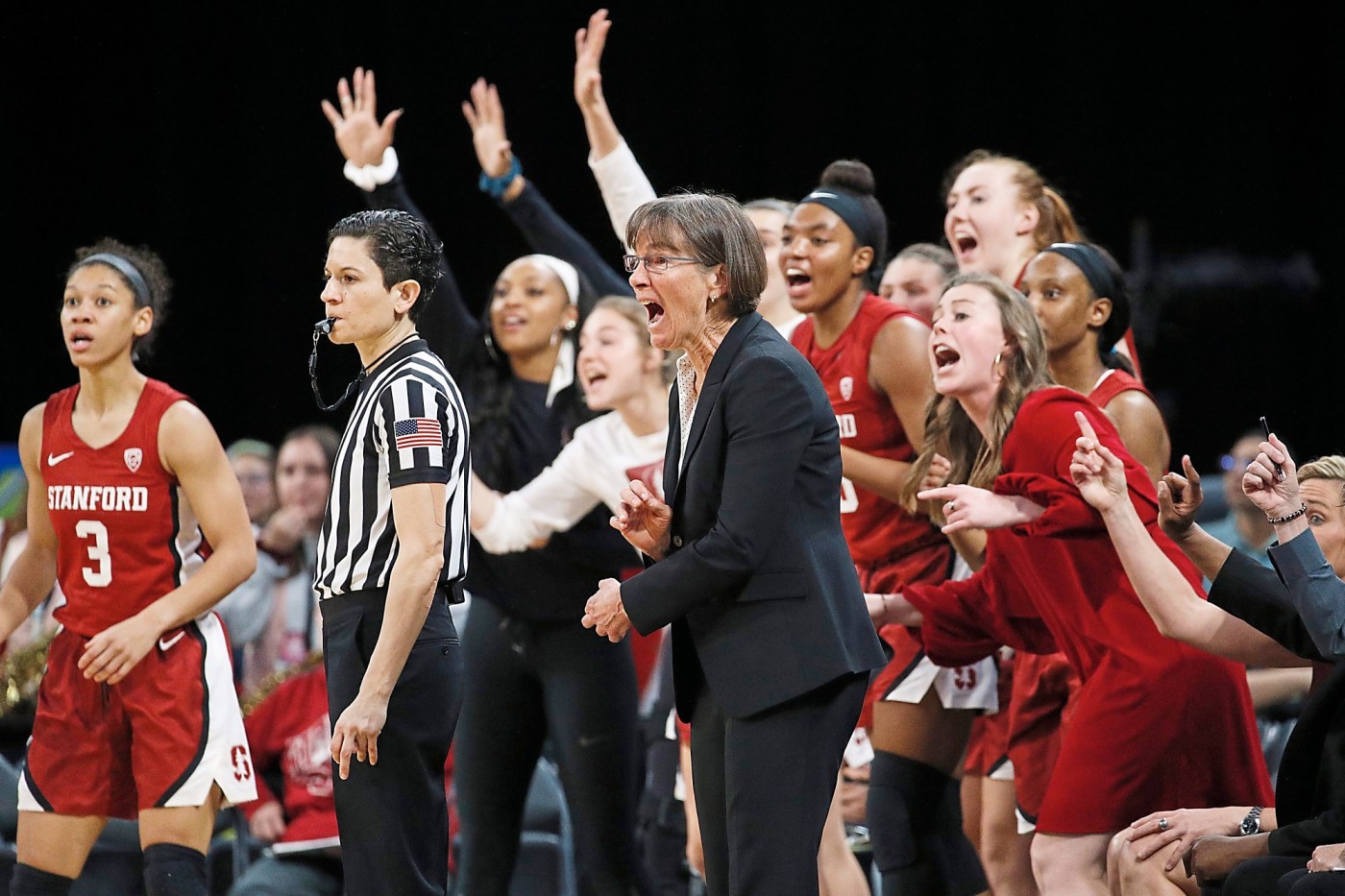 Four teams, though, have yet to play a conference game due to COVID protocols. Arizona State will miss out on at least a fifth game due to a postponement Thursday at Oregon.

Only one matchup has been made up so far, and that yielded a significant upset: USC handed Arizona its first loss of the season, dropping the Wildcats four spots, to No. 7, in the Associated Press rankings.

(The NCAA Evaluation Tool rankings are used by the selection committee to determine the seeds and at-large bids.)

1. Stanford (11-3/2-0)
Last week: 1
Results: beat Oregon 80-68 and Gonzaga 66-50
Next up: at Colorado (Friday)
NET ranking: No. 3 (change from last week: +1)
Comment: After two more convincing wins and Arizona’s loss, No. 2-ranked Stanford is an even more clear-cut leader in every metric and our ranking. The Cardinal committed a season-low five turnovers against Gonzaga, down from 18 vs. Oregon and an area vital to its chances for a second straight national title.

2. Arizona (11-1/1-1)
Last week: 2
Results: beat Washington State 60-52, lost to USC 76-67
Next up: at Oregon State (Thursday)
NET ranking: No. 9 (change: -2)
Comment: It’s not yet time to bump Arizona out of our second spot, primarily because the Wildcats were without two starters in their road loss. Shaina Pellington and Lauren Ware might be back this week, and UA might need both to prevail against the Oregon schools.

3. Colorado (13-0/2-0)
Last week: 3
Results: beat USC 71-58 and UCLA 71-63
Next up: vs. Stanford (Friday)
NET ranking: No. 27 (change: +2)
Comment: Colorado jumped back into the national rankings (No. 22) for the first time since Dec. 6, when it had a one-week stay. Beating Stanford for a second straight season in Boulder is a big ask, but the Buffs are proving they are better positioned for Pac-12 success than ever before.

5. Utah (8-3/0-0)
Last week: 5
Results: vs. UCLA and USC (postponed)
Next up: California (Thursday)
NET ranking: No. 23 (change: -2)
Comment: The Utes have lost games against the Oregon and Los Angeles schools that might be made up — they are scheduled to play those teams in the final two weeks of the regular season. ESPN has the Utes as a No. 10 seed in its latest NCAA Tournament bracketology.

6. Oregon State (7-3/0-0)
Last week: 6
Results: vs. California and Stanford (postponed)
Next up: vs. Arizona (Thursday)
NET ranking: No. 61 (change: +1)
Comment: The Beavers last played Dec. 19, with five games cancelled or postponed since. Returning against Arizona coming off a loss will be challenging to say the …read more

‘I Am Shauna Rae’ Star Opens Up About Dating Challenges

Dating can be a challenge for anyone. But it’s doubly hard for Shauna Rae, the star of TLC’s new series I Am Shauna Rae. Though she’s 22 years old, treatment for childhood cancer halted her growth at a young age. As a result, she stands just 3-feet, 10-inches tall and is often mistaken for a […]

The Rolling Stones’ ‘(I Can’t Get No) Satisfaction’: How Mick Jagger Reacted to Devo’s Unique Cover

Devo released a version of The Rolling Stones‘ “(I Can’t Get No Satisfaction)” that didn’t sound like the version Mick Jagger and company created. During an interview, members of Devo discussed playing their rendition of the song in front of Jagger. The rock icon had a strong reaction to Devo’s rendition. The Rolling Stones’ Mick […]

WASHINGTON — U.S. employers added a modest 199,000 jobs last month while the unemployment rate fell sharply, at a time when businesses are struggling to fill jobs with many Americans remaining reluctant to return to the workforce. At the same time, Friday’s jobs report from the Labor Department showed that the nation’s unemployment rate fell […]