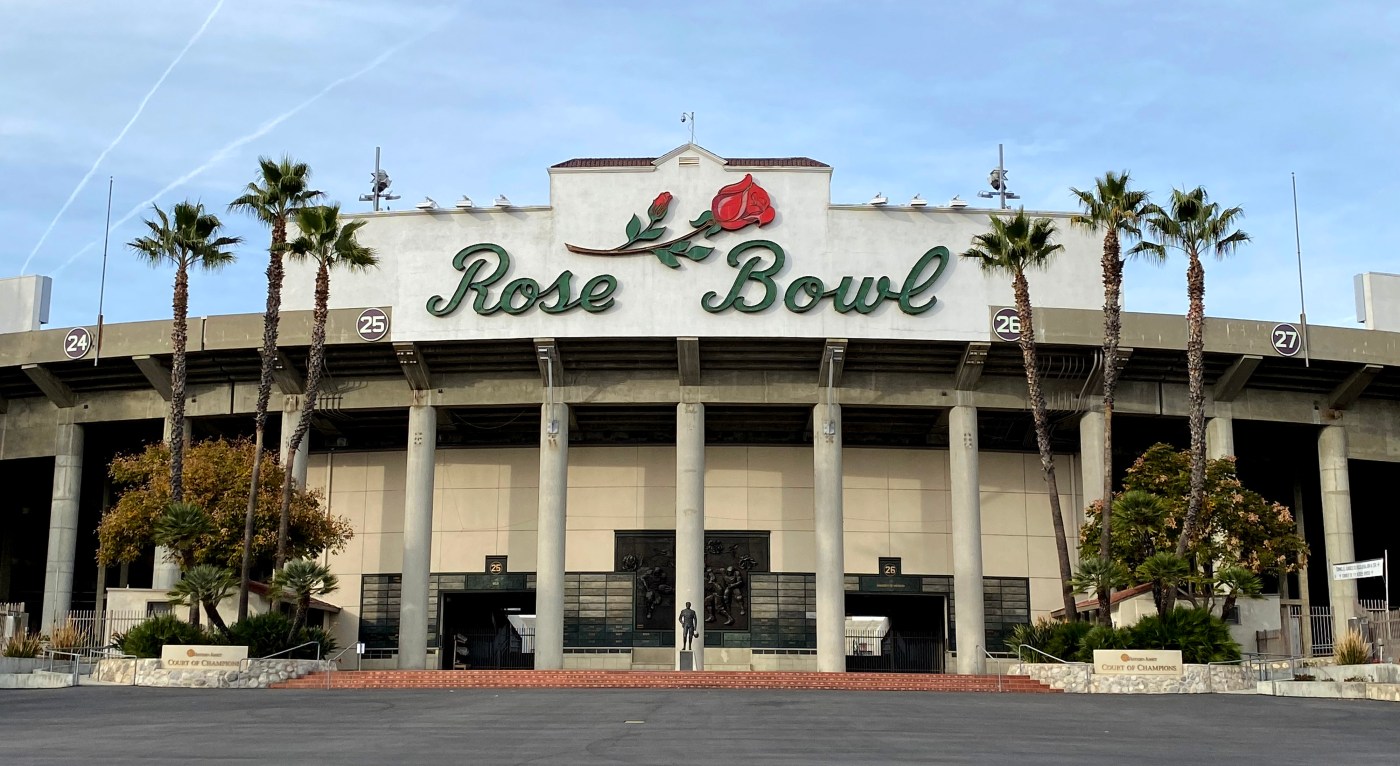 The Pac-12 officially has an unofficial playoff contender after Oregon’s victory at Ohio State, so allow us to briefly remind fans across the footprint what that might mean for the postseason.

After all, the conference last placed a team in the CFP five years and one pandemic ago (Washington), so memories might be hazy.

Imagine the bowl lineup as a ladder.

Typically, the Pac-12 champion would play in the Rose Bowl. But if the Ducks win the title and jump into the playoff, a vacancy would form at the top of the ladder. Each team below Oregon would move up one rung.

The process creates an additional landing spot for eligible teams. Instead of seven bowl berths, the Pac-12 would have room for eight.

That’s a potentially significant development this season because the Redbox Bowl’s ongoing hiatus left the conference with seven slots. If there are eight eligible teams, the situation could get dicey for the school at the bottom of the ladder.

But should the Ducks climb into the playoff, the eighth team would simply be slotted into the Pac-12’s seventh bowl.

College Football Playoff
Team: Oregon
Comment: From this point on, the Ducks should root for Ohio State each and every week — just as UCLA needs LSU to fare well in the SEC. The better those teams perform, the better the Pac-12 results become.

Rose Bowl (vs. Big 12)
Team: UCLA
Comment: Might as well circle the date now: Oct. 23. That’s when the Bruins host Oregon in what could be a playoff elimination game. The kickoff time hasn’t been set, but we expect the showdown to air live in Manila on the Pac-12 Networks.

Alamo Bowl (vs. Big Ten)
Team: Arizona State
Comment: The Sun Devils are the great unknown after blasting two creampuffs, but we’ll have a sense for their ultimate trajectory Saturday night in Provo.

Las Vegas Bowl (vs. ACC)
Team: Utah
Comment: Situation could get a bit uncomfortable if the Utes lose this week at San Diego State and need to finish 5-4 in conference play to qualify. One reason: It now appears the teams they miss in the North (Cal and Washington) are the ones they actually want to play.

Holiday Bowl (vs. ACC)
Team: USC
Comment: Say this for the Trojans: No school has more experience with interim head coaches. Donte Williams is the third in the past eight years.

Sun Bowl (vs. ACC)
Team: Colorado
Comment: The Buffaloes have a four-win offense and an eight-win defense, so let’s split the difference and project they get to six. CU could be a prime beneficiary of Oregon climbing into the playoff.

LA Bowl (vs. Mountain West)
Team: Stanford
Comment: Regardless of the teams involved, we’re taking the Mountain West entry in this matchup after watching the conference win three games head-to-head against the Pac-12.

USC fires Clay Helton: The right move for the present and the future, for the Trojans and the Pac-12

90 Day Fiancé couple Corey and Evelin are back on the show after a brief hiatus and are now looking at formalizing their marriage on the show — despite evidence that they’ve been married for some time now. Evelin Villegas has been receiving a lot of criticism online from fans about how she behaves in […]

OAKLAND — A BART police officer’s good hearing led to the arrest Wednesday afternoon of a man suspected of trying to steal a catalytic converter from a vehicle in a Fruitvale station parking structure, officials said Thursday. Officials said the officer was conducting a security check at the station about 12:54 p.m. Wednesday and was […]

‘Parks and Recreation’: Chris Pratt Ate 16 Racks of Ribs in 1 Day for the Most ‘Andy Dwyer’ Reason

Chris Pratt as Andy | Colleen Hayes/NBCU Photo Bank/NBCUniversal via Getty Images RELATED: Many know Chris Pratt from his superhero status in the Marvel Cinematic Universe. The actor’s body has been a part of his work for years and was apparent during his time on NBC’s Parks and Recreation. Playing the affable Andy Dwyer came […]