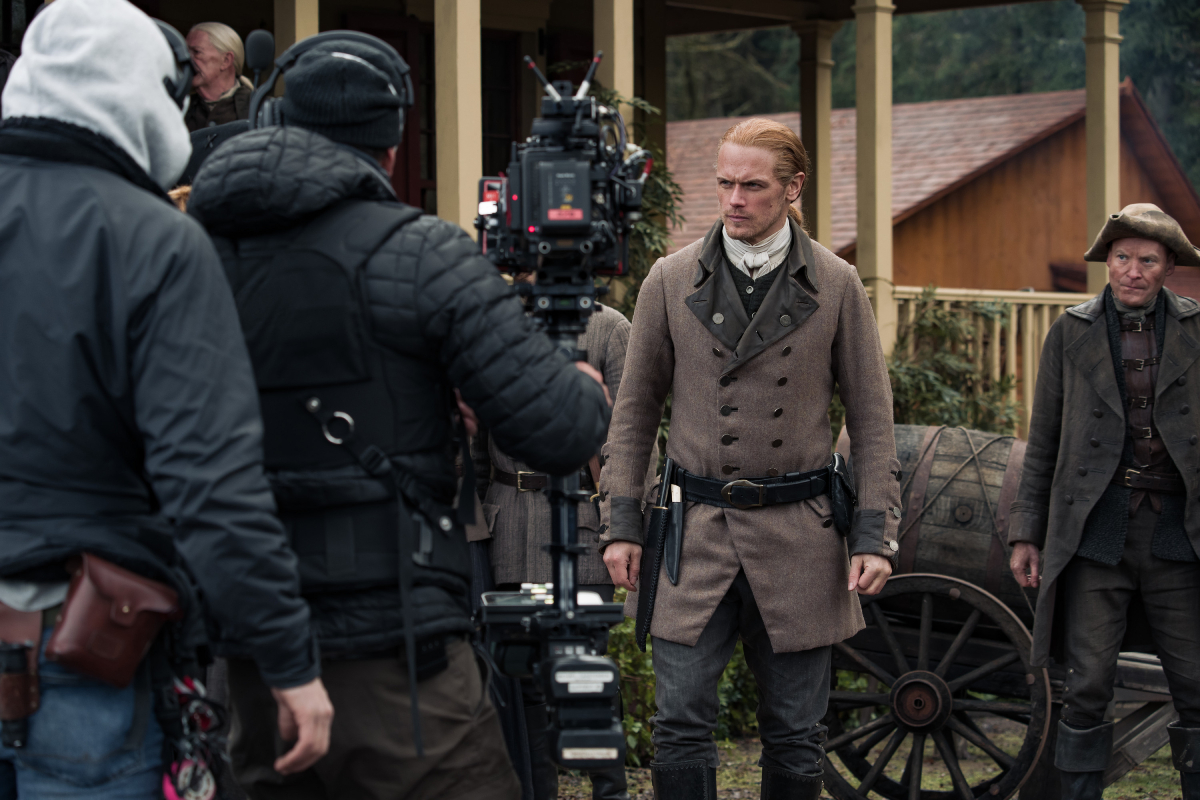 Sam Heughan in an image from season 6 of ‘Outlander’ | STARZ

‘Outlander’ has been renewed for an 8th and final season

On January 19th, the official Outlander Twitter account posted a video that announced the news fans had long been waiting for. However, the clip also shared some information that they didn’t want to hear.

As the one-minute clip begins, stars

Outlander just made a huge announcement, and it has angered fans all over the globe. The Starz time-traveling drama based on Diana Gabaldon’s popular book series has officially been renewed for an eighth season. But, it will also be the last. How will they end the TV series when Gabaldon’s final book has yet to be published?

Sam Heughan in an image from season 6 of ‘Outlander’ | STARZ

‘Outlander’ has been renewed for an 8th and final season

On January 19th, the official Outlander Twitter account posted a video that announced the news fans had long been waiting for. However, the clip also shared some information that they didn’t want to hear.

As the one-minute clip begins, stars Sam Heughan (Jamie Fraser) and Caitriona Balfe (Claire Fraser) appear in full costume and tell the camera that “it’s been an incredible journey” over the past decade. A montage of the Outlander fandom is next, as the series’ score plays in the background.

“Thank you so much for being with us from day one,” Balfe says, as Heughan adds, “We love you Outlander fans.”

What an incredible journey with an incredible fanbase. #Outlander has officially been renewed for an eighth and final season. pic.twitter.com/mNJ3AZXW2s

Then, a message slowly appears on the screen in text, one line at a time: “Outlander has been renewed…for an eighth…and final season.”

“Every good story has to come to an end,” Heughan says, with Balfe adding, “They always do.”

Young Ian actor John Bell promised the camera that they will “go out with a bang” and tell the story “the way it should be.” Sophie Skelton (Brianna Fraser) reminded fans that the series isn’t over yet, and they get to continue playing their Outlander characters for another year.

Fans are not happy about the rushed series ending

With each season being loosely based on the subsequent book, most fans were expecting 10 full seasons of Outlander. When the news of the rushed ending to the TV series broke, fans immediately expressed their anger on social media.

Anyone else annoyed that they’re using the announcement of Outlander’s final season to promote the prequel? I just read another article that had more about the prequel, which doesn’t interest me in the least, than about Outlander ending with season 8. What are your thoughts? pic.twitter.com/SajdxoO5nF

“I guess we won’t get the full circle on screen explaining Jamie’s ghost, the forget me nots at the grave, etc…” one fan wrote. Another replied, “I think we still can, probably just a show version of it. Unless DG hurries up…” A …read more

The Beatles’ ‘Happiness Is a Warm Gun’ Upset Nancy Reagan

Actor Jessica Biel has come a long way from her 7th Heaven days. But in the beginning of her career, she wasn’t exactly getting the roles she was pining for. Biel would soon theorize her looks was what stood in the way of a more fulfilling acting career. How Jessica Biel got into acting Jessica […]

In March 1984, less than two weeks before Baltimore Mayor Brandon Scott was born, the National Football League’s Baltimore Colts bolted for Indianapolis in the middle of the night. Scott is confident the city won’t have a repeat when it comes to the Orioles. “Baltimore knows what it feels like when a team is disinvesting […]