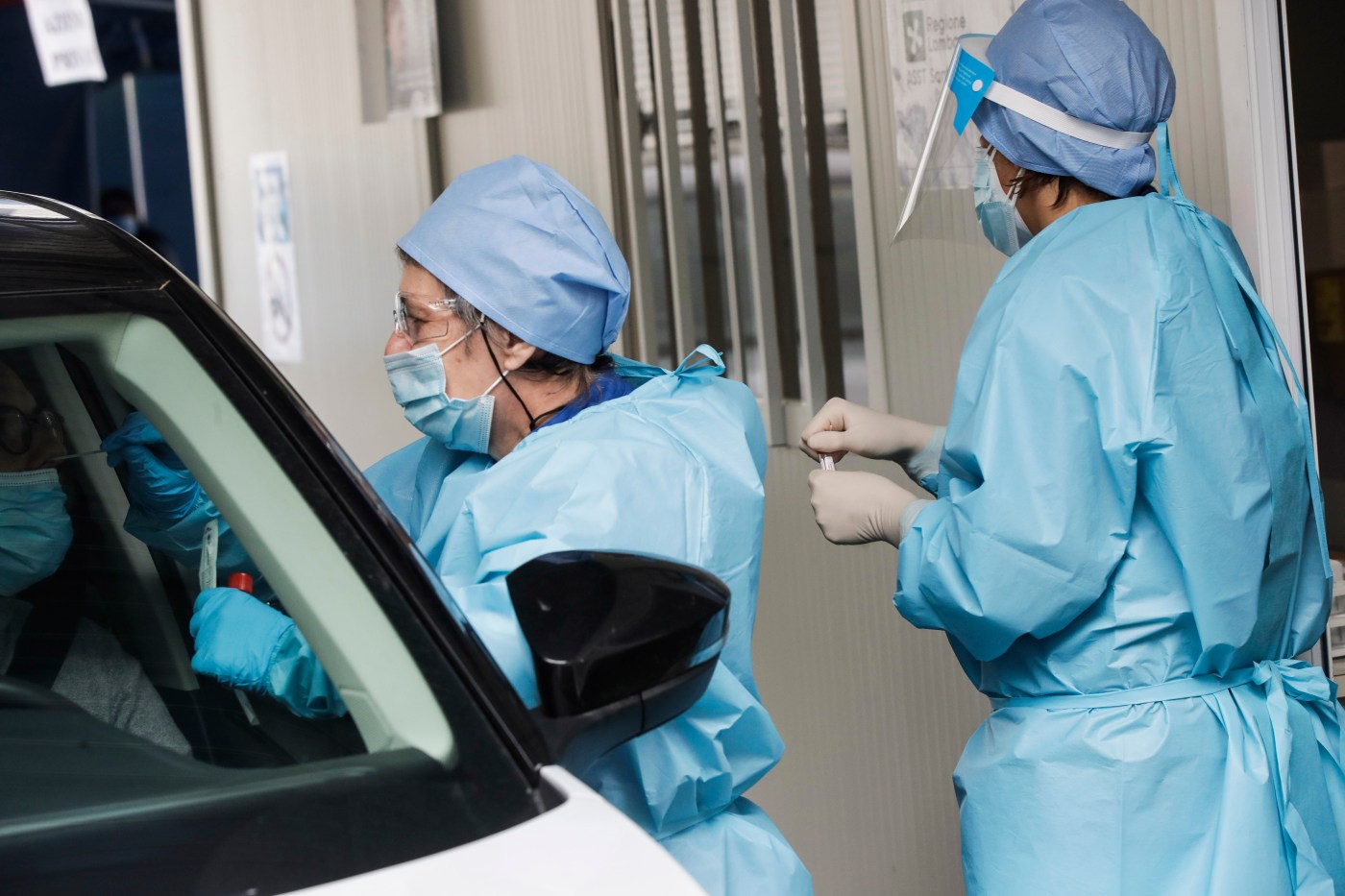 At Milan’s San Paolo hospital, a ward dedicated to coronavirus patients and outfitted with breathing machines reopened this weekend, a sign that the city and the surrounding area is entering a new emergency phase of the pandemic.

For the medical personnel who fought the virus in Italy’s hardest-hit region of Lombardy in the spring, the long-predicted resurgence came too soon.

“On a psychological level, I have to say I still have not recovered,” said nurse Cristina Settembrese, referring to last March and April when Lombardy accounted for nearly half of the dead and one-third of the nation’s coronavirus cases.

“In the last five days, I am seeing many people who are hospitalized who need breathing support,” Settembrese said. “I am reliving the nightmare, with the difference that the virus is less lethal.”

Months after Italy eased one of the globe’s toughest lockdowns, the country on Wednesday posted its highest ever daily total of new infections at 7,332 — surpassing the previous high of 6,557, recorded during the virus’s most deadly phase in March. Lombardy is again leading the nation in case numbers, an echo of the trauma of March and April when ambulance sirens pierced the silence of stilled cities.

Increased testing is partially responsible for the high numbers, and many of the new cases are asymptomatic. So far, Italy’s death toll remains significantly below the spring heights, hovering around 40 in recent days. That compares with the high of 969 dead nationwide one day in late March.

But there is also growing concern among doctors that Italy squandered the gains it made during its 10-week lockdown and didn’t move quick enough to reimpose restrictions. Concerns persist that the rising stress on hospitals will force scheduled surgeries and screenings to be postponed — creating a parallel health emergency, as happened in the spring.

Italy is not the only European country seeing a resurgence — and, in fact, is faring better than its neighbors this time around. Italy’s cases per 100,000 residents have doubled in the last two weeks to nearly 87 — a rate well below countries like Belgium, the Netherlands, France, Spain and Britain that are seeing between around 300 to around 500 per 100,000. Those countries have also started to impose new restrictions.

This time, Milan is bearing the brunt, accounting for half of Lombardy’s daily cases, which spiked past 1,800 on Wednesday. Bergamo — which was hardest hit last time and has been seared into collective memory by images of army trucks transporting the dead to crematoria — had just 46.

California allows theme parks to reopen, but Disney and Universal won’t return for weeks or months

California has cleared theme parks to reopen after more than seven months of coronavirus closures provided they follow newly issued COVID-19 health and safety guidelines, but Disney, Universal and other large parks won’t be able to return for weeks or months. California Health and Human Services secretary Mark Ghaly announced during a news conference on […]

MILPITAS – A $20,000 reward is being offered for information that leads to the arrest and conviction of a suspect in the shooting death of a woman in Milpitas last weekend, police said. The Milpitas Police Department on Monday identified the suspect as Kevin James Gitmed, 35, of Gilroy. The shooting was reported at the […]