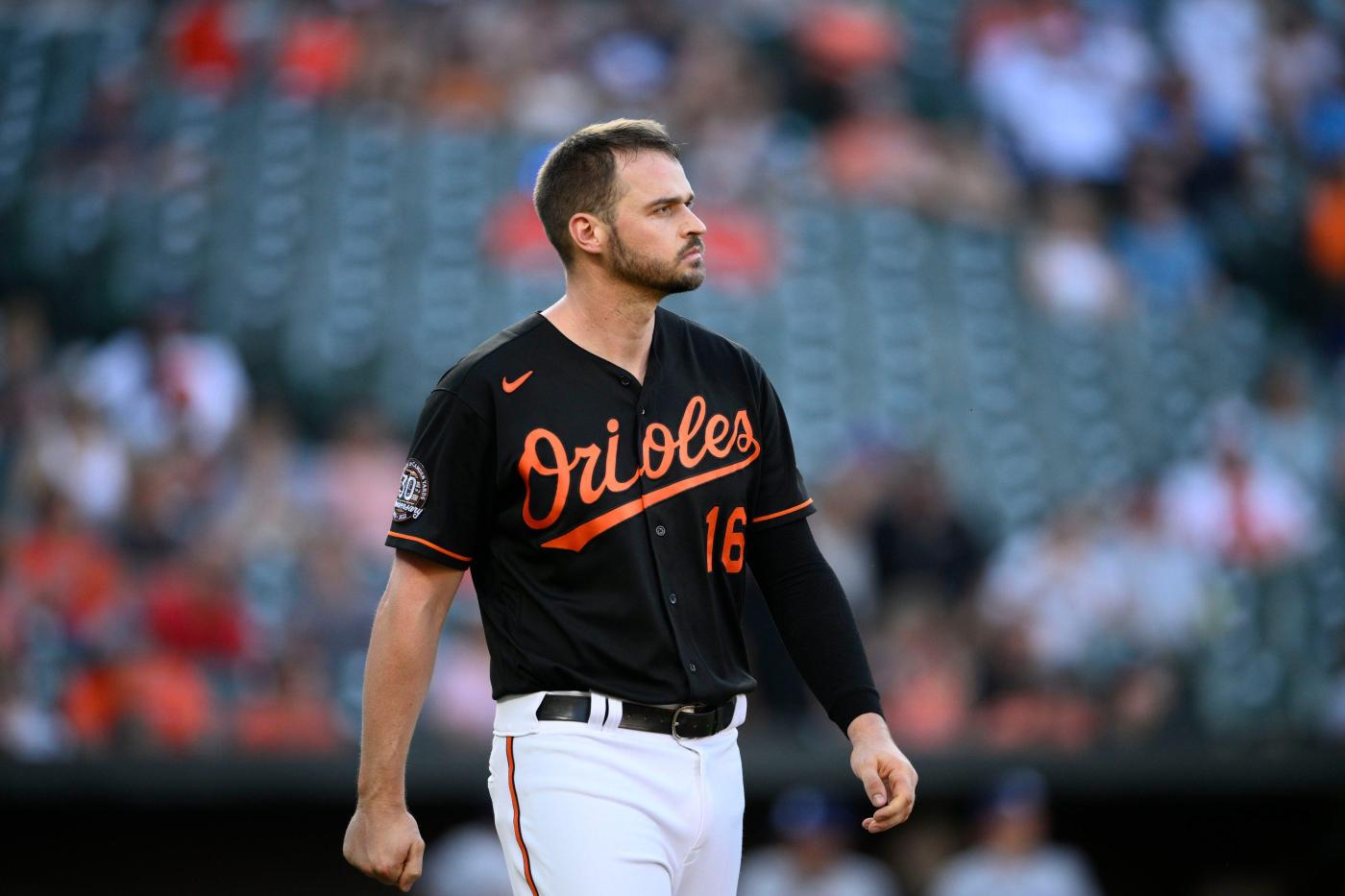 There’s a bevy of speculation surrounding what the Orioles will do with the first pick of next month’s amateur draft, with various mocks linking them to as many as five prospects. But it’s near-certain whoever they take won’t be a pitcher.

In their first three drafts under executive vice president and general manager Mike Elias, the Orioles haven’t taken a pitcher earlier than the fifth round, grabbing Iowa high schooler Carter Baumler there in 2020 and Texas-Arlington right-hander Carlos Tavera a year later. The club has devoted each first-round pick to college position players — for whom there is more data available and generally less associated risk — though four of the players considered as the top five of this draft class are high school hitters.

Most public rankings don’t have a pitcher in the top 10, while many of the highest-ranked arms are high school right-handers, a category of player that has never gone first overall. Elias acknowledged Saturday that this likely won’t be the year that changes.

“There aren’t any pitchers that you would take with the No. 1 pick this year,” Elias said, “so I feel pretty safe ruling that out.”

But, he noted, the Orioles’ next turn comes 33rd overall, the second of five picks they have within the draft’s opening 81 selections, and they could go with a pitcher then and “maybe” throughout the draft’s early rounds.

Each of the past three years, Baltimore’s second pick has been an infielder, with Gunnar Henderson, Jordan Westburg and Connor Norby ranking as three of the organization’s top four infield prospects, according to Baseball America. Adding to that area of the farm system was a focus in his initial drafts, Elias said. The group of prospects he inherited generally lacked top-tier infielders, which he said was partially a byproduct of the organization’s lack of investment in the international market, a talent acquisition area often populated with young infielders.

Conversely, adding pitching to the system wasn’t as much of a priority, he said, because his predecessor, Dan Duquette, and that front office used early picks on pitchers who this regime sees as pieces of its future. Four of Baltimore’s top five pitching prospects were drafted within the first four rounds in 2017 and 2018, including first-rounders Grayson Rodriguez, who has developed into the game’s top minor league arm, and DL Hall, an electric lefty building toward his major league debut.

The exception among that quintet is Kyle Bradish, one of four right-handed pitching prospects Elias acquired in December 2019 when he traded Dylan Bundy to the Los Angeles Angels. That’s an example of how Elias has also supplemented the system’s pitching through trades, allowing the Orioles to target specific pitchers they want to add without necessarily spending draft capital to do so.

That’s not to say there’s not interest in using picks on arms. When it comes time to make a pick, though, the Orioles tend to have a hitter atop their draft board.

“We have taken a lot of position players, and I know that there’s been …read more

‘Stranger Things’ Season 4: Jamie Campbell Bower as Peter Ballard and Millie Bobby Brown as Eleven | Netflix Matt and Ross Duffer, aka Stranger Things has been a runaway success for Netflix. But soon, the series will come to an end. The show’s creators, the Duffer brothers, have confirmed season 5 will be the last installment […]

Carrie Bradshaw and Kate Middleton Have the Same Taste in Shoes

You wouldn’t think Sex and the City character, Carrie Bradshaw, and the Duchess of Cambridge would have much of anything in common. Apparently, they do. Sex and the City fans might notice that the shoes Kate Middleton is wearing in her official portrait with Prince William look awfully familiar. They are the shoes, albeit in a different color, forever […]

After fighting to be released from prison in 2020, Josh Waring could be facing prison once again. Lauri Peterson’s son, who appeared alongside his mother during the first few seasons of The Real Housewives of Orange County was reportedly arrested for drug possession and intention to sell, according to TMZ. Waring was arrested in January […]