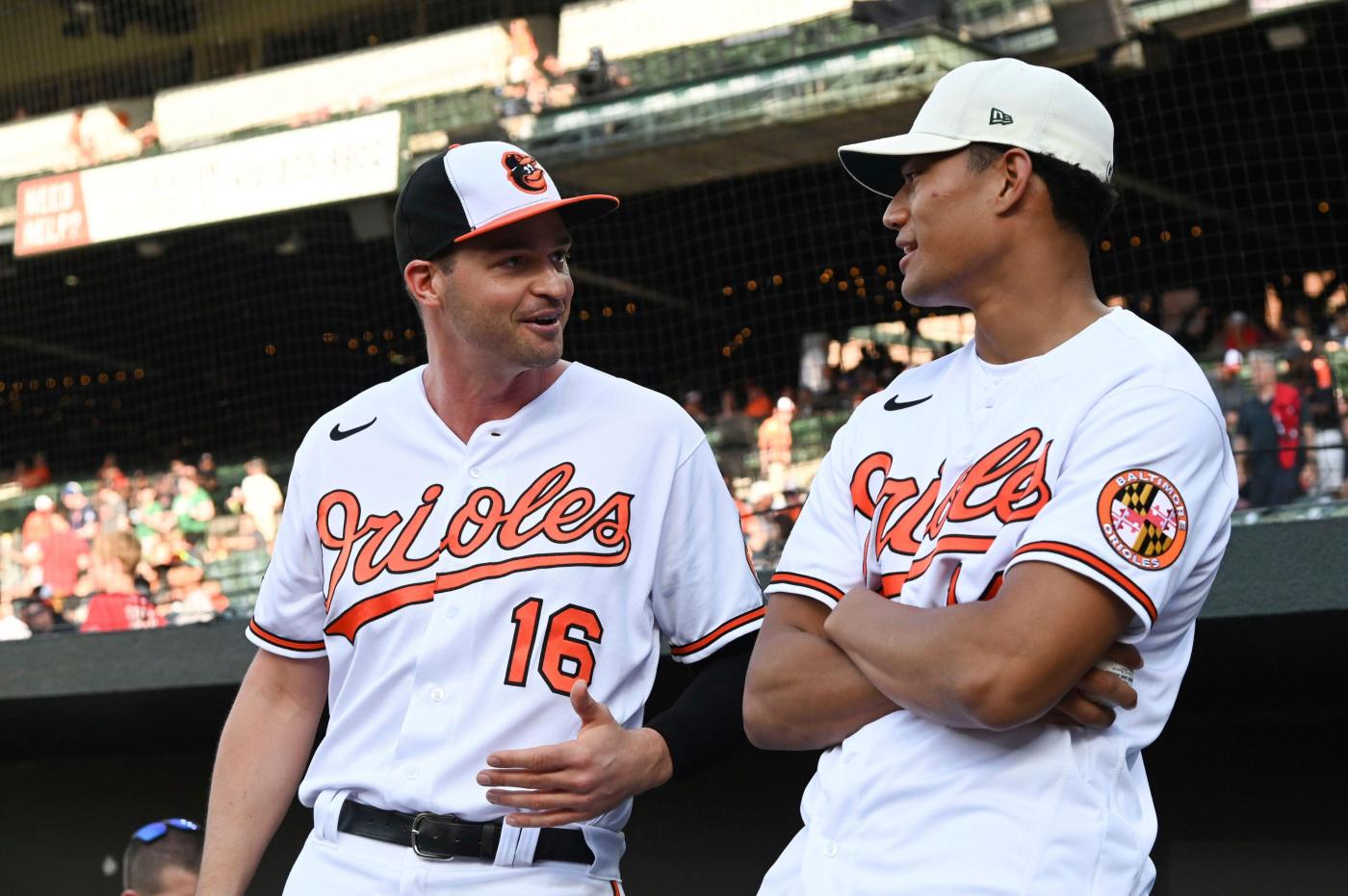 The ball off Adley Rutschman’s bat rattled its way into the right field corner, allowing the catcher to cruise into second base with a double. That was as close as the Orioles would get to crossing home plate Tuesday night against the Washington Nationals.

The 24-year-old rookie became the first Baltimore hitter to reach scoring position, and it took until the seventh inning to do so. He would be the last, too. The Orioles managed just three hits to accompany Rutschman’s seventh double of the season, a flat effort against another losing ballclub that halts the momentum from a series win against the Tampa Bay Rays.

Right-hander Erick Fedde got away with several mistake pitches en route to his 3-0 win, weaving his way past the 26 pitches the Orioles fouled off him to post six scoreless innings. Baltimore (30-39), meanwhile, failed to back up right-hander Jordan Lyles in his best start in a month.

“Hopefully I’ll be able to build on the last start or two,” Lyles said, “and for us tomorrow to pick up the bats and try to split this series.”

So Rutschman was left at second base in the seventh inning, the lone offensive threat the Orioles produced. It wasn’t much. And it left them with a worse record against sub-.500 opponents this year than against winning teams.

The Nationals (25-46) had ample opportunities to jump on Lyles early — a practice Washington manager Dave Martinez hoped to exploit, wanting to avoid Baltimore’s bullpen. But Lyles tight roped out of danger in the first and second innings, even after allowing doubles to three of the first six batters he faced.

A first-pitch fastball grooved down the middle to César Hernández soon turned into a leadoff double to the right field fence, and Nelson Cruz did what he’s done so frequently to the Orioles since he turned down their qualifying offer in 2014 to elect free agency — drive the baseball. Cruz hit an RBI double off Lyles, giving the Nationals all the run support they needed.

The 41-year-old slugger entered Tuesday with a 1.120 OPS against the Orioles since 2015, the second highest by a player with at least 150 plate appearances against them in that frame behind only Boston Red Sox slugger J.D. Martinez, according to Baseball Reference.

And mere hours after Hyde commended his defense for making the routine plays at a higher clip than in previous years, an error from second baseman Rougned Odor helped bring home another run. Odor opened his hips to fire to shortstop Jorge Mateo at second to begin a potential inning-ending double play, but his wide throw resulted in Mateo’s foot leaving the bag. A run scored and the bases remained loaded.

After that, though, Lyles buckled down. He retired 15 of the last 18 batters he faced, completing six innings for the first time since May 23. Lyles missed his scheduled start Sunday with a stomach virus, but he said he …read more

Eric Ripert and Anthony Bourdain | Owen Hoffmann/Patrick McMullan via Getty Images Eric Ripert reached out to Anthony Bourdain after reading ‘Kitchen Confidential’ Ripert was born in Antibes, France and grew up in a cooking household. He began his formal training at the age of 15 and spent most of his career in fine dining […]

In a Vanderbilt match at the ACBL Spring Championships, my fellow Alabaman Larry Sealy was today’s South. He traded on the favorable vulnerability to open with a featherweight preempt; I’ll admit that action would not have occurred to stodgy me. North innocently raised to five clubs. The contract needed a little luck. As the cards […]

OAKLEY — An Oakley resident got out of his house Monday night after a fire broke out, then re-entered it to rescue his cat, fire officials said. The blaze happened at the two-story residence in the 3800 block of Creekside Way about 6:41 p.m., according to a statement from Battalion Chief Craig Auzenne of the […]