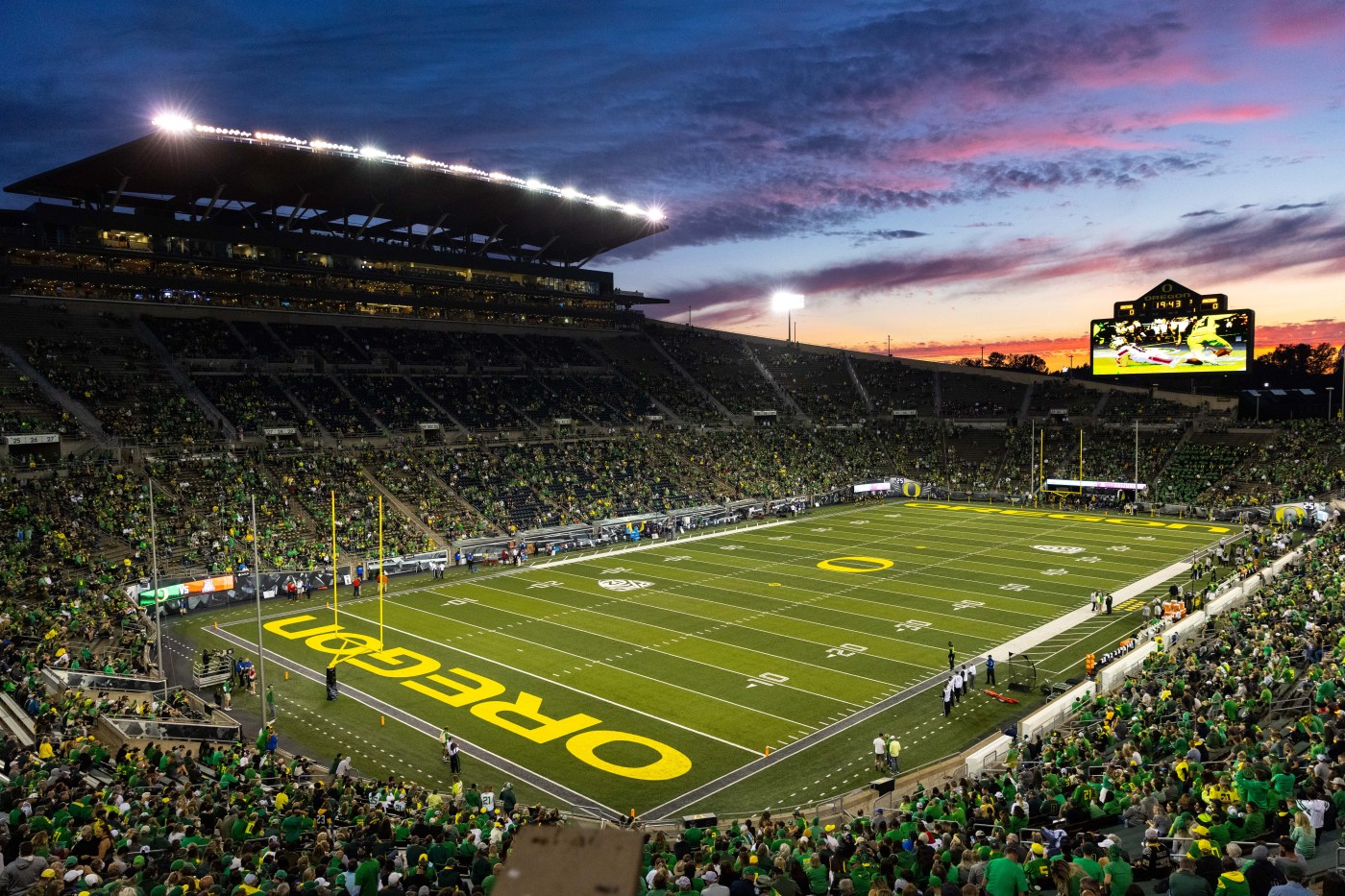 On May 13, 2021, George Kliavkoff was appointed the seventh commissioner of the Pac-12 Conference.

To mark the one-year anniversary and gain insight into Kliavkoff’s performance, the Hotline reached out to three university presidents who helped lead the hiring process: Oregon’s Michael Schill, Washington’s Ana Mari Cauce and Washington State’s Kirk Schulz. (Together, they form the Pac-12 executive committee, with Schill serving as chair.)

All three agreed to discuss Kliavkoff’s management style, accomplishments and challenges. Cauce answered questions via email while Schill and Schulz spoke with the Hotline.

— How would you assess Kliavkoff’s performance since his tenure began on July 1?

“George has had a terrific year. I’ve used the expression about intercollegiate athletics hurtling towards the future, and I can’t imagine anyone I’d rather hurtle with than George.

“He’s thoughtful, humble, intelligent. He sees way down the line. He has a tremendous work ethic. He’s transparent. He’s warm. He’s very strategic in setting us up for success. George makes me and the other members of the search committee look like geniuses every day.”

— What tangible impact has Kliavkoff made?

“He has changed the narrative of negativity around the Pac-12 and really brought people together.

“It’s very hard for an organization to make progress when there’s only criticism out there, when you are constantly defending, constantly rehabilitating. It’s one step forward and one back, and there’s no progress. I’m not saying that (media) narrative was wrong, but it’s nice not to have that media narrative.

“He won the first day. He got us all to like him and have that level of confidence that he had the skill set for what it would take to be successful. He has increased morale at the Pac-12 and increased the number of positive stories about the Pac-12.”

— What is Kliavkoff’s role in shaping the future of the conference?

“He has thought strategically about the future. Do I have confidence, and do other presidents and chancellors have confidence that he’s the right person to lead us in a tremendously turbulent time?

“I don’t mean that our media contracts will be bigger than the SEC’s or that we will win every championship. But George is going to optimize the Pac-12 and be an influential thought leader in where intercollegiate athletics goes. I have great confidence with him at the helm.

“Most people would agree the Pac-12 embodies all that in ways that are greater than a lot of other conferences. And I think people would say the same about the Big Ten.

“We want to make sure that wherever we end up, wherever the Power Five goes, that our values lead the process, and we want George to be a player in shaping future of intercollegiate athletics.”

— How do you see the Pac-12 navigating the era of name, image and …read more

SPONSORED CONTENT If the thought of seeking a free psychic reading has crossed your mind, do not worry, you’re not the only one. There are millions of people out there in the world who have turned to free psychic reading in times of tragedy or just to steer through the general obstacles in life. We […]

How to keep those roses and trees healthy and alive

Q. The upper part of my Desert Rose got frosted and the stems were soft So I cut those all off. The top of the bulb is a tad soft, but the lower parts are green and firm. I’m wondering if I can save this plant? Adenium obesum, or Desert Rose, is one of those […]

The first-place Dodgers have former MVP winners Mookie Betts and Freddie Freeman anchoring the most feared lineup in the majors. The second-place Padres, hot on their tails, are riding five-time All-Star and early MVP front-runner Manny Machado to an impressive start. As for the third-place Giants? Well, their lack of star power and mounting injury […]