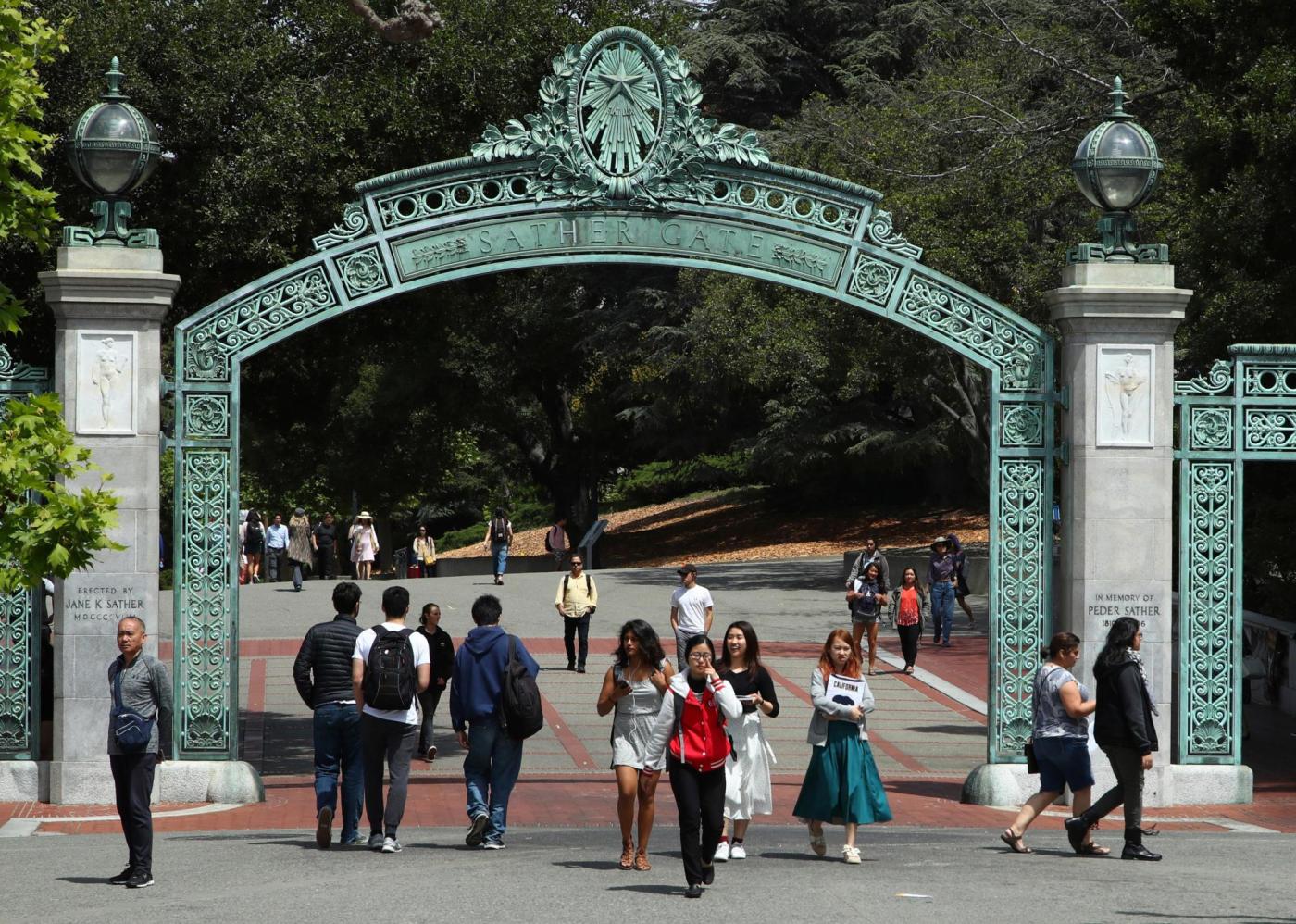 The strike of tens of thousands of graduate student workers at the University of California points to an uncomfortable truth: For decades the state steadily cut funding to the university while expecting that it admit more students and charge them more along the way.

That has made it more difficult for UC to stay on par with the far-better-endowed private universities it is trying to compete with. At the same time, like those universities, UC must rely on — and adequately pay — its graduate students to carry out its essential functions.

The scale of the state’s disinvestment has been breathtaking. In 1980-81, 87% of the university’s core budget came from Sacramento. Four decades later, state funding had plummeted to merely 39% of the core budget. Making matters worse, much of the lost revenue has been replaced by income from student tuition and fees.

This is not a recent development. Over a decade ago then-UC Berkeley Chancellor Robert Birgeneau described his flagship campus as a federal university because it was receiving more money from federal research grants and student aid than it was from the state.

“The reality is that with the progressive disinvestment in higher education by the state, the state is becoming a tertiary player,” Birgeneau told me at the time.

Further putting pressure on the university is the state’s 60-year-old Master Plan for Higher Education. It decrees that the university enroll the top 12.5% of high school graduates.

That may have seemed reasonable at the time when the state population was around 16 million. But today the population is 40 million.

As a result, student enrollment has soared, more than doubling over the past four decades. Another factor is that an increasing proportion of the high school students are meeting the requirements for admission.

That is something to be celebrated. But it has also put more pressure on the university, which has opened only one new campus — UC Merced — over the last half century. With an enrollment still under 10,000, Merced has only partially addressed the overcrowding issue.

Complicating the university’s basic operational model is that UC enrolls proportionately far fewer graduate students than comparable private universities. As a result, it must draw on a smaller pool of graduate students to help with research and teach sections in ever-larger lecture classes.

All this is happening at a time when students are facing among the highest housing costs in the nation — at a university that has turned increasingly to students to pay a greater share of its core operating costs. That’s despite the 1868 charter establishing the university declaring that “admission and tuition shall be free to all residents of the state.”

One positive sign is that during his first term, Gov. Gavin Newsom departed from many of his predecessors by meaningfully calling for, and providing, greater investments in the university. But that was made possible by the record surpluses the state has enjoyed.

Now those surpluses are coming to an end. It would not be surprising if Sacramento reverted once …read more

Dancing with the Stars season 31 closer featured an epic finale with some of the strongest dancers of the season. It was a close competition between Charli D’Amelio, Wayne Brady, Shangela, and Gabby Windey to take home a mirrorball trophy. After two perfect scores and many fan votes, Charli and her partner Mark Ballas brought […]

The listing on Craigslist seemed too good to be true. I was in the market for a pair of relatively inexpensive mirrors to hang over the double-sink vanity in the guest bathroom, which I’m remodeling. And boom! There they were: “Two matching silver mirrors ─ $150,” the listing read. They were the perfect size. Their […]