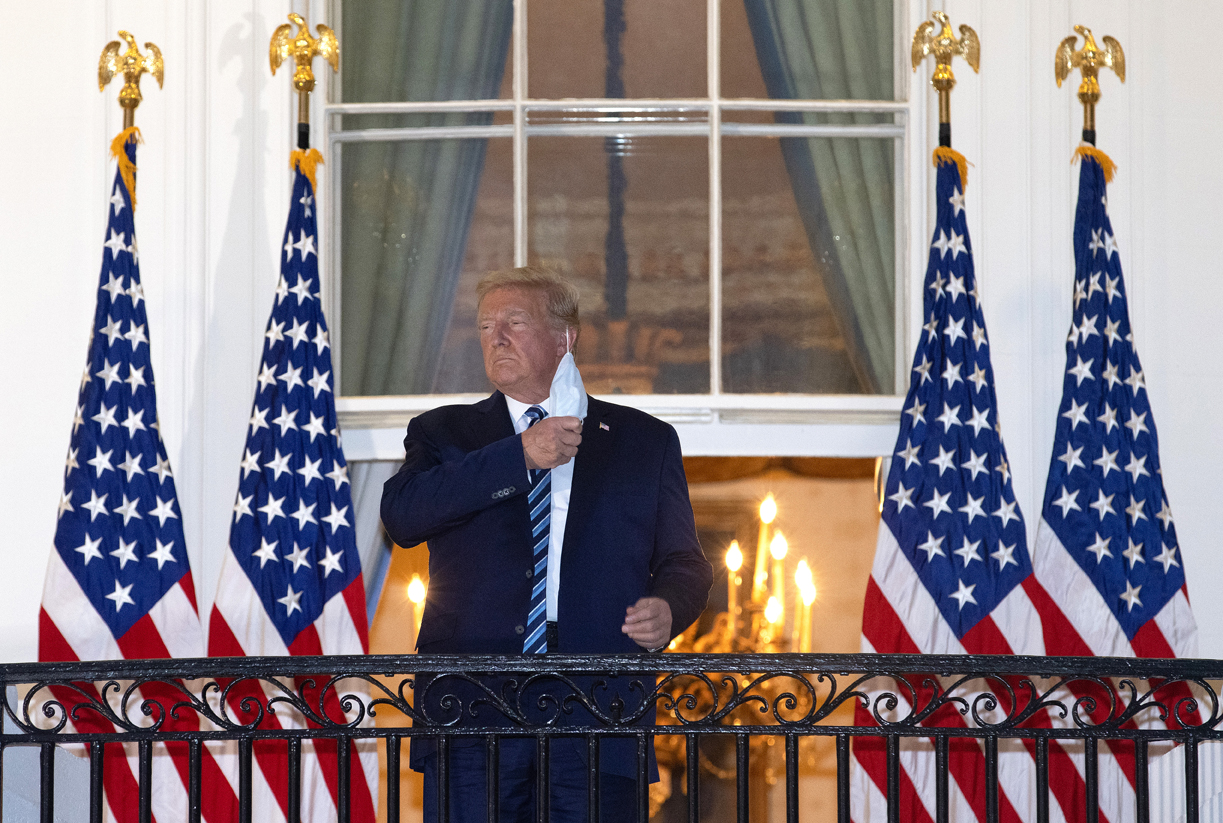 Most Americans are appalled, if not enraged, by the way Donald Trump has acted since testing positive for COVID-19.

When we think he can’t get any worse, he comes up with a new stunt that makes our blood boil. That’s exactly what Trump wants. Every good political showman knows that drama creates energy, and that translates into votes.

Not our votes, of course. We’re spectators on the sidelines of an invitation-only performance for his zealous and loyal base — the roughly 40% of Americans who have stuck with him through scandals no other president could have withstood.

As ridiculous as it seems, contracting the coronavirus — and seemingly overcoming it — might be the best thing that could have happened to Trump weeks away from the election.

He has masterfully turned the diagnosis most of us initially thought would be a politically humiliating, game-changing disaster into an effective reelection strategy.

Every movement — from his drive-by on Sunday, his abrupt departure from the hospital, his photo op on the White House balcony to his videotaped tweet urging Americans not to let COVID “take over your lives” — was meticulously orchestrated.

If you’re offended by any of this, you definitely weren’t on his guest list.

We’re not stupid, though. We all know exactly what he’s up to. What we don’t know — and what scares us — is whether this dangerous, unorthodox strategy might work.

I’m here to warn you that it absolutely could.

Trump knows exactly how to play to his base. What he needs more than anything if he has any chance of winning reelection is for his people to be energized.

He doesn’t care what die-hard anti-Trumpers think of his antics. He knows he’ll never get our vote. So like any savvy politician, he’s not wasting time in this final stretch of the campaign trying to win us over.

The more outraged we get over Trump’s performances, the more excited his base gets. In this game of one-upmanship the two sides have been playing for four years, Trump supporters get a big ego boost seeing their opponents in a tizzy.

They can feel the momentum growing, and Trump has promised them a victory on Nov. 3 even if he loses.

It’s very likely that Joe Biden will win the popular vote by a landslide, as Hilary Clinton did in 2016. She defeated Trump by nearly 3 million votes. But as you know, the popular vote doesn’t decide the winner. The Electoral College does.

Though more than 136 million votes were cast nationwide, only about 80,000 voters put him in the White House. A mere 10,704 voters in Michigan, 46,765 in Pennsylvania and 22,177 voters in Wisconsin gave Trump the edge needed to win the electoral vote.

The troubling thing is that he didn’t even do all that well in those states. He narrowly won Michigan by 0.2 percentage points, Pennsylvania by 0.7 and Wisconsin by 0.8. But combined, they gave him 46 electoral votes.

If Clinton had done better there, we would have been spared these past four years of torment. But there’s no …read more

Five people accused of felony vandalism were arrested Monday for defacing and tearing down the statue of a Spanish missionary outside of St. Raphael Church in downtown San Rafael, police said. According to the San Rafael Police Department, a small group of protesters covered the statue of Junipero Serra with paint before tying straps around […]

By Brian Fung | CNN Business The Trump administration is expected to sue Google on Tuesday, according to two people familiar with the matter, in what is the largest antitrust case against a tech company in more than two decades. In its complaint, the Justice Department is expected to make sweeping allegations that Google has […]

Kobe and Gianna are two rising baby names of 2020. Karen’s on the decline

By Allen Kim | CNN Baby names typically trend as a reflection of the times, and it should come as no surprise that two names have experienced a major boost in popularity: Kobe and Gianna. The rise is no doubt propelled by the tragic deaths of Kobe Bryant and his 13-year-old daughter Gianna earlier this […]