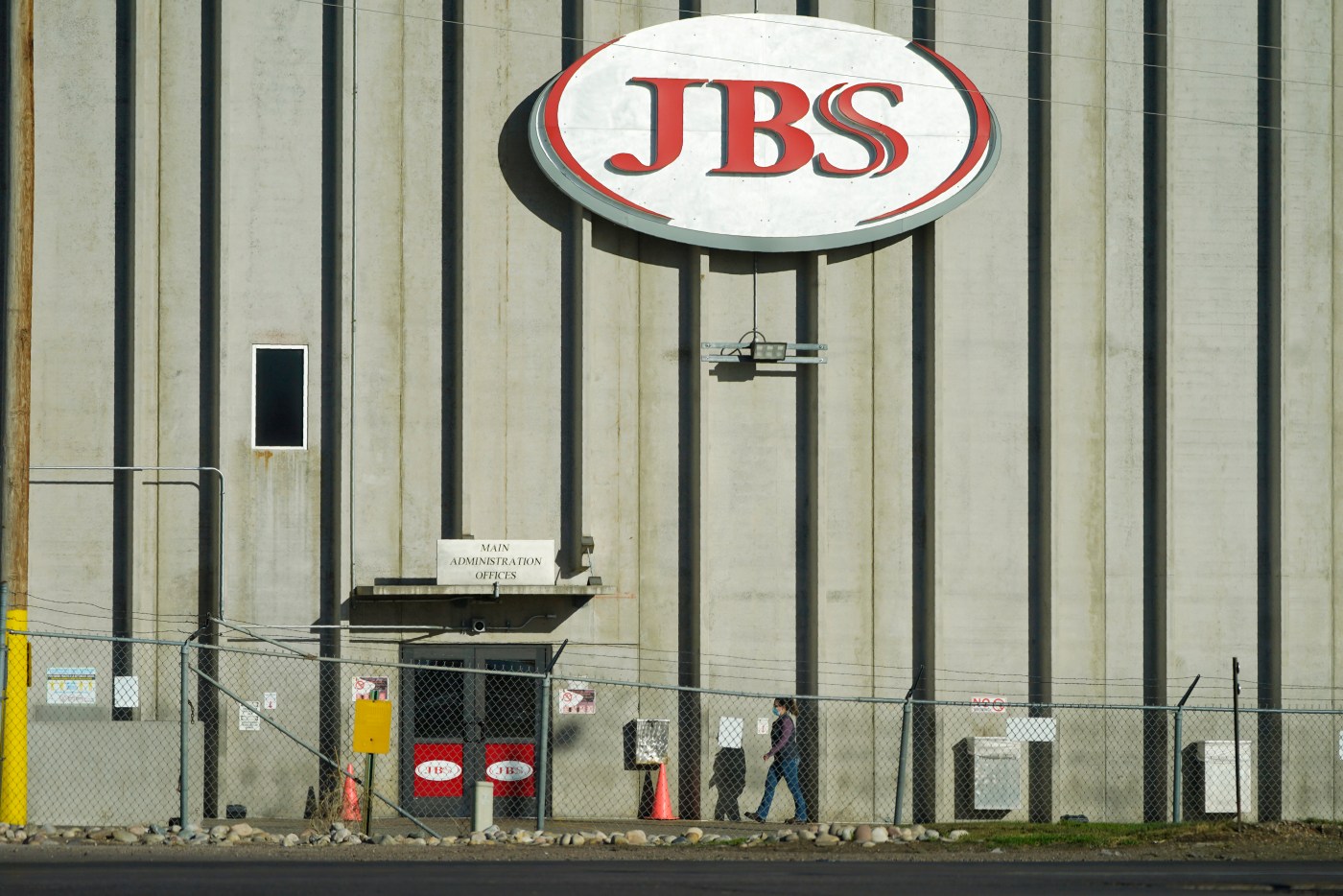 After a cyberattack crippled the world’s largest meat producer last week, JBS SA meat plants have begun to reopen across the globe. But the meat industry shouldn’t be returning to business as usual — and for the security of our food supply, the Biden administration needs to make sure that it doesn’t.

The JBS subversion, which has been attributed to a Russia-linked cybercriminal group, was the latest in a series of Black Swan events that have crippled large-scale meat producers in recent years. The March 2019 fire in Holcomb, Kansas, destroyed a Tyson Foods plant that processed about 5% of U.S. beef. In April 2020, major hog and chicken processing plants nationwide became COVID-19 hotspots, causing cascading shutdowns that included a Smithfield Foods plant processing more than 15% of all pork in the U.S. Last week’s JBS attack sabotaged more than a fifth of all U.S. beef processing in a matter of minutes.

It reminded us of a glaring truth we already knew: Consolidation has made the U.S. meat industry — and the global protein supply — profoundly and unacceptably vulnerable. It will become more susceptible in the years ahead as public health threats and potential cyberattacks continue to loom large, and as climate change increases the risk of natural disasters. Drought, heat, flooding, wildfires, insects, superstorms and weather volatility are raising pressure on our farms and ranches. In short, the cost-saving benefits of agricultural consolidation are increasingly outweighed by the risks of disruption.

Food-industry experts have long been clamoring for systemic “resilience.” Last April, as the pandemic bore down on meat producers and before he began his second tour as U.S. Department of Agriculture Secretary, Tom Vilsack told me that we’re “better off having multiple plants in multiple locations — smaller facilities to produce enough product. And that may mean a little less profit, but it means that if you have an incident like this that threatens your workforce, you’ll always have sufficient operation capacity.” Vilsack reiterated this sentiment Tuesday in a call with reporters: “Efficiency comes at a price, and that price is a lack of resilience when you have a major disruption.”

Activists have made the case in stronger terms: The time has come “for deindustrializing and decentralizing the American food system [and] breaking up the meat oligopoly,” wrote environmental author Michael Pollan last May. Philanthropist Chef Jose Andres told me: “The food system centralized in big factories is putting us in danger. Decentralization makes you nimble.”

Yet little has been done to decentralize U.S. meat production. The Biden administration, along with state and federal lawmakers, have an urgent obligation not just to incentivize and support smaller and more diversified meat processors and producers, but also to begin dismantling and diversifying American meat monopolies, which have gone unchallenged and unchecked for too long.

Sweeping reforms will take years, but the USDA can begin to mobilize a plan immediately with the $4 billion allocated for food supply chain resiliency under the American Rescue Plan Act. Tuesday, Vilsack outlined how he intends to spend these …read more

By Lindsey Bahr | Associated Press Kevin Hart can make us laugh and cry, it seems, even if the vehicle was practically engineered to bring on the waterworks. In “Fatherhood,” on Netflix on Friday, he plays a new dad whose wife dies shortly after childbirth and he’s left raising their daughter on his own. To […]

After a year-plus delay due to COVID-19 restrictions, the Legoland Discovery Center Bay Area on Monday finally celebrated its grand opening on Monday, and to quote a certain movie theme song, “everything is awesome.” Ground was broken on the 31,000 square foot indoor playground at Great Mall in Milpitas back in September 2019, with a […]

Memento of Michelle Carter’s boyfriend turns up across the ocean

A memento of the time the teenage Conrad Roy had spent with his father was found Sunday on a beach thousands of miles from his home — “a little happiness” after years of grief, the young man’s father said. Conrad Roy III was 18 years old in July 2014 when he died by suicide, asphyxiating […]