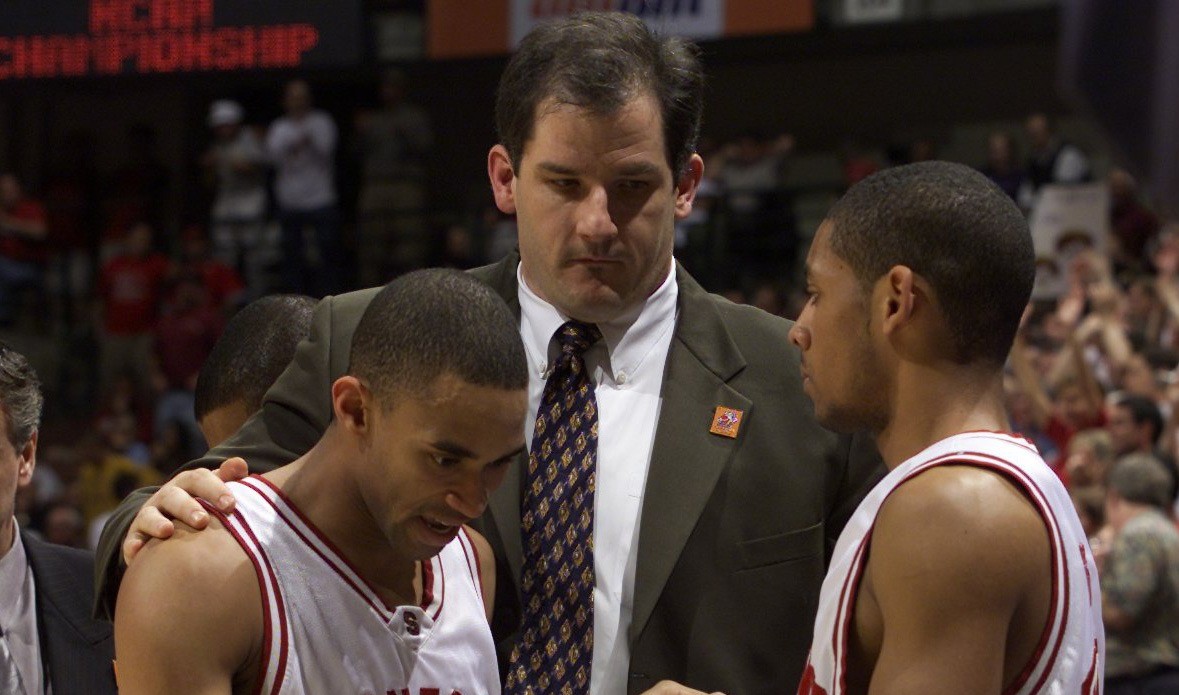 “I do love a locker room. It smells like potential.”

Ted Lasso’s rapid ascent and positive infusion into our cultural zeitgeist solidified something I already knew: That coaches are an often unsung force for good, and we ought to be doing more to recognize their unique power and influence in positively shaping lives.

As a former collegiate athlete, I’ve long known the power of coaches, but my current enthusiasm is tied to a more recent journey of discovery and transformation alongside my own personal Ted Lasso, my friend and colleague Eric Reveno, the former Stanford player and assistant coach who coaches the men’s basketball team at Georgia Tech.

Like Lasso, Coach Rev looks at a locker room and sees potential in his players — not just as competitors, but as compassionate, caring and capable community members and community leaders. In the past year, Coach Rev added a new element to his coaching focus: civics.

In June 2020, following the murder of George Floyd and the public outcry for social justice reform, Coach Rev embarked on a personal mission to help his players register to vote. But his efforts didn’t end with his own team. Coach Rev became the driving force behind #AllVoteNoPlay, an initiative that urged athletics to take election day off from practice or games so players could vote and volunteer. With support from the National Association of Basketball Coaches and the ALL IN Campus Democracy Challenge, over 1,100 coaches ultimately signed the #AllVoteNoPlay pledge.

Coach Rev and I met last year while I was working on my own personal mission to change the way we engage young people in the voting process. I saw a future marred by an increasingly divisive, expensive and alienating political process that didn’t support a healthy, robust democracy. As a designer, educator and futurist, I was curious how practices of design, empathy, and imagination might transform the experience of voting.

Together with colleagues, I created Vote by Design, a program focused on turning “apathy” into civic agency through experiential learning and practice. Our aim is to help young voters develop the confidence and capacity to approach voting as a lifelong skill that could be nurtured through intentional practice. Seeking ways to support his new #AllVoteNoPlay initiative, Rev brought Vote by Design to his students.

2020 itself was a singular moment in time, and when the immediacy of a highly charged presidential election cycle faded, a new set of questions emerged: How do we ensure that young people continue to learn and engage in our democracy? Who can help them understand their central role in shaping the future? Who, in the lives of young people, holds the position of trust and mentorship to deliver the necessary messages about civic participation without being dismissed as “boring”, “preachy” or what “others do.”

The answer is clear. As Rev said to me: “It’s time for coaches to teach civics.”

Daniel Radcliffe Denies Breaking 60 Wands on ‘Harry Potter’ Set: ‘It’s Not That Many’

In the latest fallout from the worsening drought, residents of San Jose — which received the lowest rainfall in its recorded history last year — and surrounding communities are about to be given tougher water conservation rules than any major city in California. The San Jose Water Company, a private firm that provides drinking water […]

Ed, my club’s best player, has a mild gambling addiction that he manages to control. As a penny game ended, Ed announced that he was headed to a 7-Eleven store to buy a lottery ticket. “I’ll tell you this,” said Cy the Cynic: “Your chance of being struck by lightning en route to the store […]