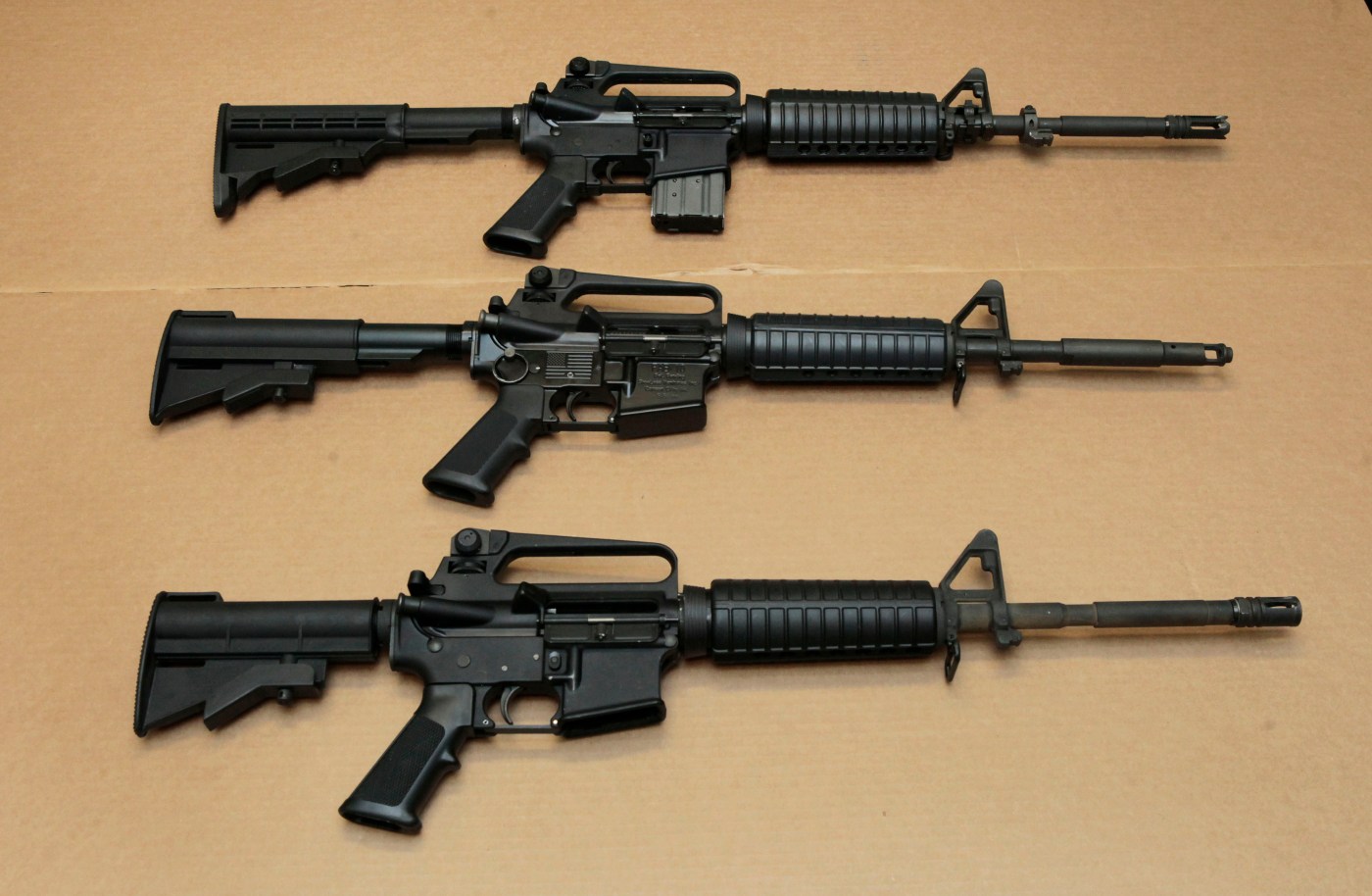 Would anyone really compare an AR-15 assault rifle, which has been used in so many recent mass killings, to a Swiss Army knife?

Such a comparison is ludicrous, yet that is exactly what a federal judge in San Diego did on Friday in striking down California’s 32-year-old ban on assault weapons. Judge Roger Benitez began his decision by declaring, “Like the Swiss Army Knife, the popular AR-15 rifle is a perfect combination of home defense weapon and homeland defense equipment.”

This is the most extreme gun rights ruling yet from a federal court. Every other court in the country has upheld bans on assault weapons. This ruling is wrong as a matter of constitutional law and of common sense. Unfortunately, though, a majority of the current Supreme Court justices are very likely inclined to expand gun rights. But I hope they will not go so far as to declare that the Constitution protects a right to have an assault weapon.

The Second Amendment says: “A well regulated Militia, being necessary to the security of a free State, the right of the people to keep and bear Arms, shall not be infringed.” From 1791, when it was ratified, until 2008, not one law — local, state, or federal — was struck down as violating the Second Amendment.

When dealing with Second Amendment cases, the Supreme Court has repeatedly said that the provision meant what it said: It was solely a right to have guns for the purpose of militia service.

In June 2008, the court, in a 5-4 decision in District of Columbia v. Heller, took a very different approach and said that the Second Amendment protected a right of people to have guns in their homes for the sake of security.

Justice Antonin Scalia wrote the opinion for the court and declared unconstitutional a 1976 ordinance in Washington that prohibited private ownership or possession of handguns. But the court was clear that this right is not absolute and the government can regulate who has guns, where they have them and what type of weapons are allowed.

In fact, Justice Scalia’s opinion stated that the right to possess arms was limited to weapons that “were in common use at the time” the Second Amendment was ratified. He said this “limitation is fairly supported by the historical tradition of prohibiting the carrying of ‘dangerous and unusual weapons.’”

No one can argue that AR-15 style weapons existed, let alone were in common use, in 1791. Nor can it be denied that they are very dangerous weapons. This type of semi-automatic weapon has been used in many of the worst mass shootings in the United States, including the 2012 Sandy Hook Elementary School shooting, the 2015 San Bernardino attack, the 2017 Las Vegas shooting, the 2017 Sutherland Springs church shooting, the 2018 Marjory Stoneman Douglas High School shooting and the shooting at a Colorado grocery store in March that killed 10 people.

By Michael Balsamo and Colleen Long | Associated Press WASHINGTON — During the last weeks of his presidency, Donald Trump and his allies pressured the Justice Department to investigate unsubstantiated claims of widespread 2020 election fraud that even his former attorney general declared without evidence, newly released emails show. The emails, released Tuesday by the […]

By Elizabeth Cohen | CNN Senior Medical Correspondent The news about a potential link between the Covid-19 vaccine and a cardiac ailment in young people may be striking fear in the hearts of some parents. But pediatric cardiologists have a message for these parents: Covid-19 should scare you more — a whole lot more — […]

‘Is it time to declare the I-880 toll lanes a disaster?’ Roadshow

Q: Is it time yet to call the Interstate 880 toll lanes through southern Alameda County the latest traffic engineering disaster? Now that traffic is resuming to pre-COVID levels, it has become clear that 99% of drivers entering and exiting the toll lanes do so by crossing the solid double-lines instead of waiting for the […]