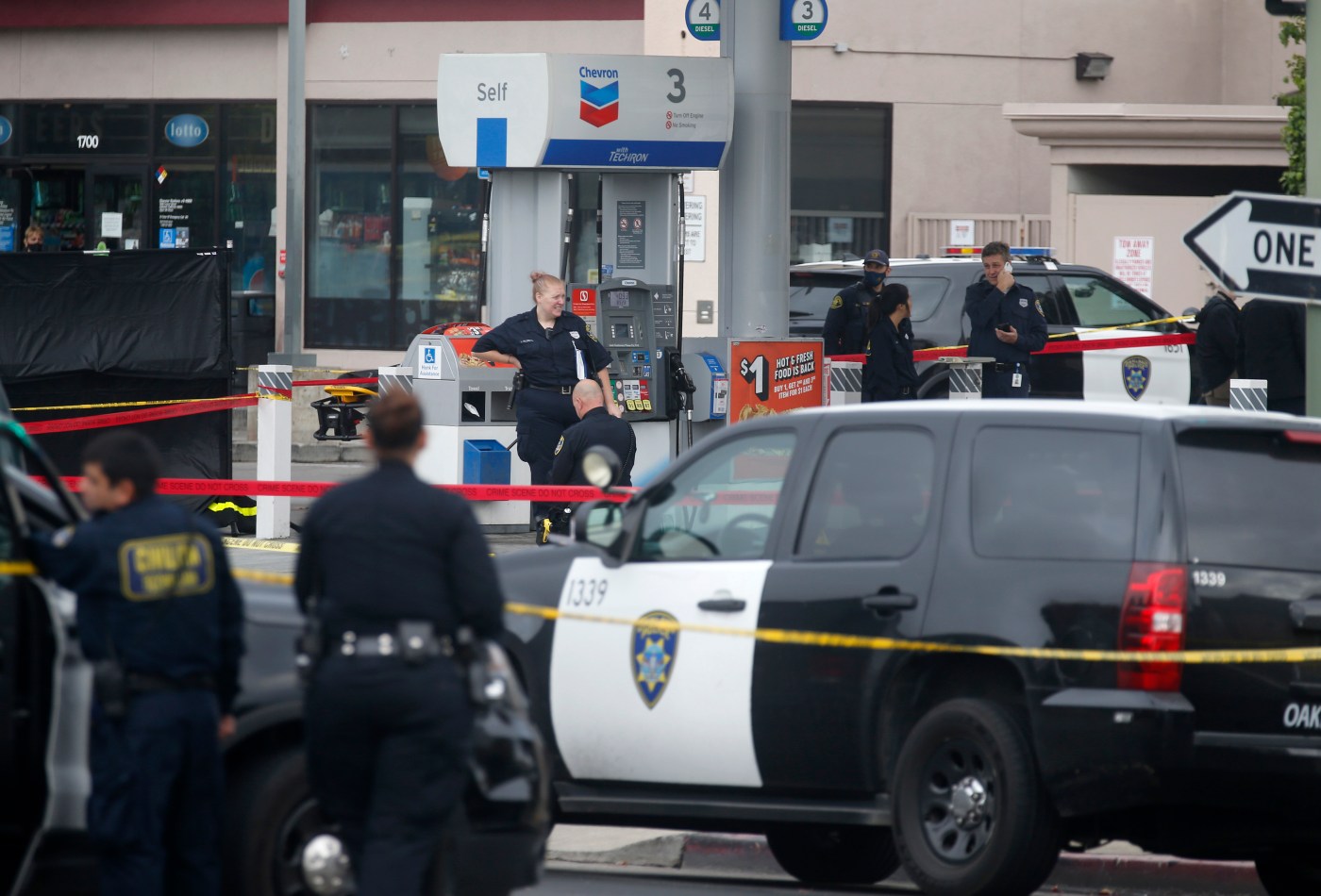 There is mayhem on the streets of Oakland. Last weekend alone, we saw homicides, shootings, carjacking, lootings and robberies. Uniformed Oakland Police officers were shot at twice in three days.

Communities around us also saw crime. In San Francisco and Walnut Creek, caravans of marauding thieves looted high-end stores. However, in those cities, there was a different response: Elected officials condemned the theft and destruction and vowed to bring those responsible to justice. In Oakland, the six members of the City Council that voted to defund their police department responded with deafening silence.

Carjacking has reached epidemic levels, with 460 vehicles violently taken from drivers on Oakland streets so far this year — that’s more than one a day — compared to 296 for all of last year.

Each day, Oakland Police officers nervously await the next outburst of violence.  During a typical 24-hour period, about 120 street cops and sergeants are assigned to patrol and endeavor to respond to an average 2,000 calls for service.

Last weekend, as officers struggled with the mayhem, our 911 communications center stopped accepting non-emergency calls and citizen requests for police reports. Even after taking this drastic measure, by Saturday afternoon, 229 emergency calls were awaiting a police response, and there were no officers to send. Police commanders resorted to calling in off-duty officers as reinforcements to try to stop the surging violence.

The response to the daily carnage by the Oakland council members whose defund the police votes helped precipitate this crisis is silence. Sometimes, to deflect blame, they point at the dwindling ranks of police officers and say we are the problem.

Nevertheless, as the Police Department shrinks, those who remain are dedicated and determined to serve Oakland’s crime-ravaged residents.

But they’re watching the steady shrinking of the department, which began more than a decade ago. In 2009, there were 830 sworn personnel. Before the City Council passed this fiscal year’s inadequate police budget in June, that had shrunk to 714 police officers. By Labor Day, we had fallen below 700. Today, there are 681.

In the past year, critical units such as Traffic Division and walking details have been disbanded. Crime reduction teams and community resource units have been reduced. Meanwhile, promised fire department backup for mental health calls and increases in violence prevention measures have not materialized.

The defunding of the police budget and council members’ constant anti-police rhetoric has taken a demonstrable toll on rank-and-file Oakland Police officers. Attrition has doubled to 10 per month.

Many officers and their families have had enough of mandatory overtime, the lack of support and the city’s unwillingness to stem the tide of violence or even condemn it. They leave for cities that value their service, experience and professionalism. Just this past …read more

‘The Young and the Restless’: Conner Floyd Opens up About Adjusting to Soap Opera Gig

Lady Gaga Dressed Like a Queen to Meet Queen Elizabeth

For decades, Queen Elizabeth II has held a special place in the hearts of millions of her subjects. In recent years, some pop music fans have regarded Lady Gaga as highly as some Brits regard the Queen. So when the two queens met in person, it was a momentous occasion for Gaga to meet Elizabeth […]