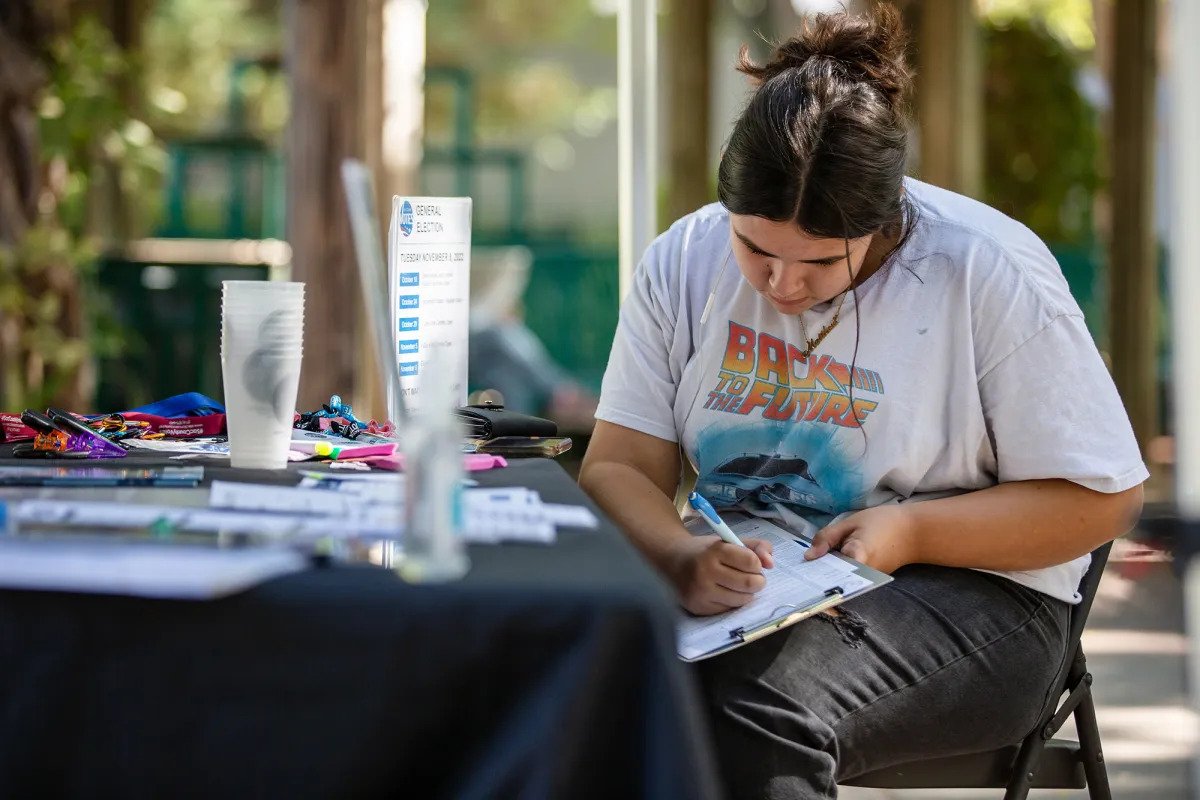 Every election year it seems there is a story about skyrocketing votes from young people. Every time it turns out to not be true.

Case in point: there have been reports that young people turned out in such great numbers this year that they surpassed seniors. That’s impossible.

Looking just at California, among the ballots we have recorded so far, there were 3.2 million seniors who cast ballots among the 5.1 million registered, but of the 6 million voters under 35, only 1.3 million voted.

Seniors comprise 23% of voters but 36% of ballots cast; younger voters are 27% of voters and only 15% of ballots cast. This gap will narrow a bit as we get final numbers from county registrars, but the story will stay the same: young people are massively underperforming.

In case you think California’s youth is especially disengaged, that’s not true. Studies show young Californians are more engaged, and our younger voters have a higher registration rate than other states.

But there is another side of this coin.

While youth turnout is disappointingly low, young people put their stamp on this election nonetheless — and it is because of their much more strident ideological stances.

Seniors are balanced in their political leanings, with recent polling from Capitol Weekly showing that approximately 40% of voters over 35 years old identify as moderates, with equal numbers considering themselves either liberal or conservative. This in contrast to the 25% of younger voters who identify as moderates and are more liberal than conservative at a 3-to-1 ratio.

Most strikingly, upwards of 40% of these young voters consider themselves very liberal, while other age groups are in single-digits.

We can see this in recent polling that shows seniors in California favor Democrats by a 50% to 36% margin, while young voters are polarized toward Democratic candidates at a 70% to 18% margin. On a generic ballot question that asked if they were likely to support a Democratic or Republican candidate, seniors supported Democrats by an 18-point advantage while younger voters supported Democrats by a whopping 56%. On progressive policies like Gov. Gavin Newsom’s call to ban sale of gas-powered vehicles by 2035, seniors were evenly split, but 18-34 year-olds were much more supportive at 70%.

Seniors are reliably Democratic-leaning in California but modestly so. Younger voters — even in their smaller numbers — are providing progressives with the overwhelming margins needed to win elections.

One way in which we see this data come to life is the “blue shift” in the post-election counting of ballots. Analysis of the voters who are having their votes counted in the batches of late-received (but postmarked on time) includes large numbers of younger voters.

In the early waves of vote-by-mail ballots, seniors were outpacing young voters by a 5 to 1 margin. But in the late ballots, a third of ballots were from young voters and fewer than 15% from seniors. Democrats and left-leaning candidates in intra-party runoffs and municipal elections are gaining votes.

Brian Epstein became the Beatles’ manager, insisting that the band get paid more (and dress in suits and ties) for their gigs. Even if John Lennon didn’t like the idea of suits at first, he “went along” with it, according to his then-girlfriend Cynthia Lennon. John Lennon appeared as a member of the Beatles Photo […]

“I’ve heard you say,” a club player remarked, “that going over your results, good and bad, after a game is a way to improve.” “For me, the postmortem was one of the pleasures of playing,” I said. “Well, my partner will discuss the deals, but his ‘discussion’ is more like a filibuster. He won’t admit […]