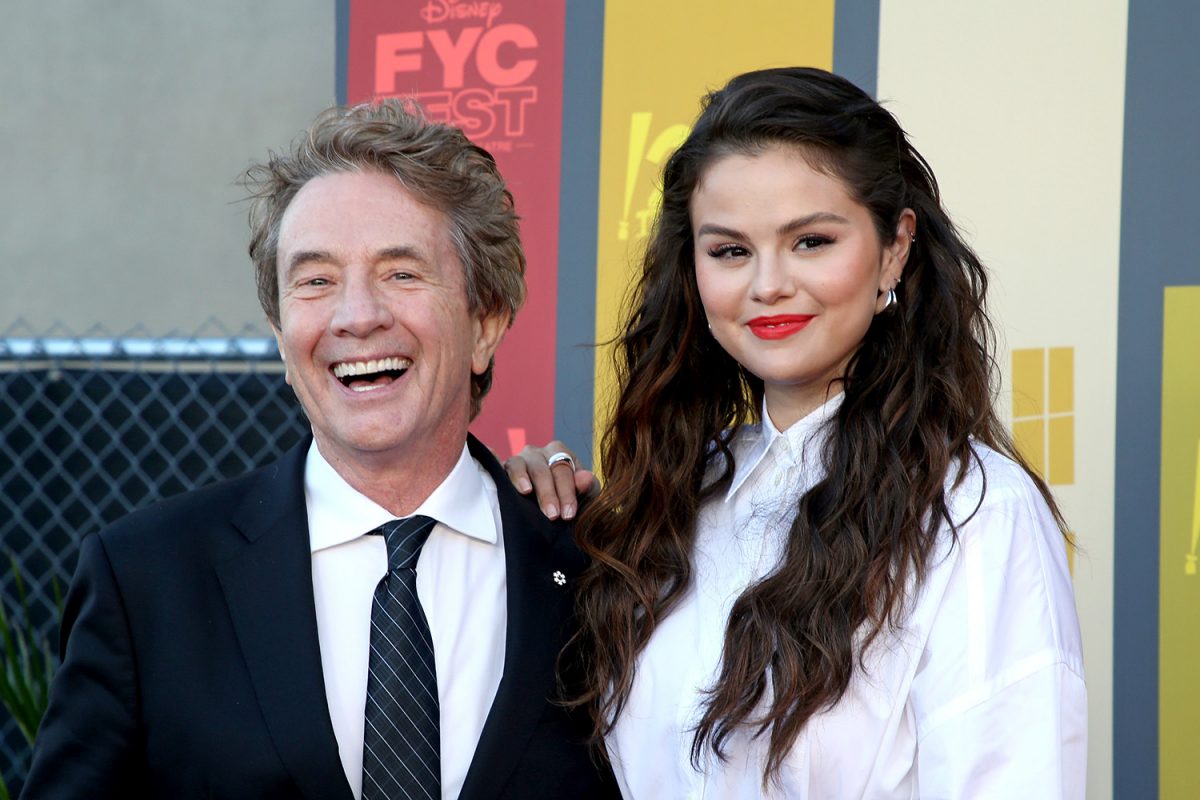 ‘Only Murders in the Building’ stars Martin Short, Steve Martin, and Selena Gomez admire each other

Selena Gomez wasn’t afraid to humble Martin Short when the two of them were cast together in Only Murders in the Building. During a recent Q&A session, Short recalled one of his early conversations with Gomez, revealing that he asked what she did when she found out she’d be working with him. Her hilarious response was a low-key roast.

‘Only Murders in the Building’ stars Martin Short, Steve Martin, and Selena Gomez admire each other

Hulu’s comedy series stars a pretty unlikely trio: Gomez, Short, and Steve Martin. Short and Martin have been close pals and worked together for years, going back to the 1986 film Three Amigos. Still, Gomez blended right in with Short and Martin’s bond when they started working on Only Murders in the Building. The former Disney star once admitted she was surprised by how well they all got along.

“Sometimes I find that comedy people can sometimes be a little bit distant, and so I didn’t know what I was getting myself into,” Gomez said at a TCA panel, as Showbiz Cheat Sheet previously reported. “And now I have, like, these two crazy uncles in my life that basically give me boy advice, and I sing rap songs to them.”

Likewise, Short had only kind words to say about Gomez. During an appearance on The Late Show With Steven Colbert last year, the comedian said he was intrigued by Gomez as soon as he met her.

“I met her in the makeup chair the first day we shot. And I was right away struck by this beautiful, engaging, and right away charming person,” he said.

On a recent episode of Deadline video series, The Actor’s Side, guest Martin Short briefly recalled the moment Selena Gomez joined the cast of @OnlyMurdersHulu pic.twitter.com/5NOta8LZjz

Gomez had no trouble falling right into Short and Martin’s sense of humor. During a Q&A on Deadline’s The Actor’s Side, as seen above, Short recalled a moment when he spoke to Gomez about her casting in Only Murders in the Building.

“She’s such a great actress because she pretended to know who we were,” Short joked. “I said, ‘Selena, what did you do when you found out you were working with me?’”

Gomez’s three-word response was enough to humble even the most well-known actors: “I Googled you.”

All jokes aside, Gomez has said that she sees Short and Martin as inspirations in comedy because of their experience. She said at the TCA panel:

Submit your letter to the editor via this form. Read more Letters to the Editor. Private ownership makes housing more expensive Dr. Margot Kushel, Tomiquia Moss and Jennifer Loving make important points about homelessness. The most important: “When there is more affordable housing … fewer people experience homelessness.” What is rarely mentioned is the high […]

Be it her acting ability, striking beauty, or relationship history, Angelina Jolie is famous for a lot of reasons. The media has dissected her personal life for over two decades. For all of the talk about Jolie, however, there is one thing you may not know about her. The now-47-year-old has had a lifelong fascination […]

(L-R) Adele and Kate Bush | Jim Dyson/Chris Walter/Getty Images Adele and Kate Bush were discovered in interesting ways Both English singers were discovered in interesting ways. Bush started writing songs when she was 11. She became so good that her brother showed her demos to his friend Ricky Hopper, a mutual friend of Adele […]