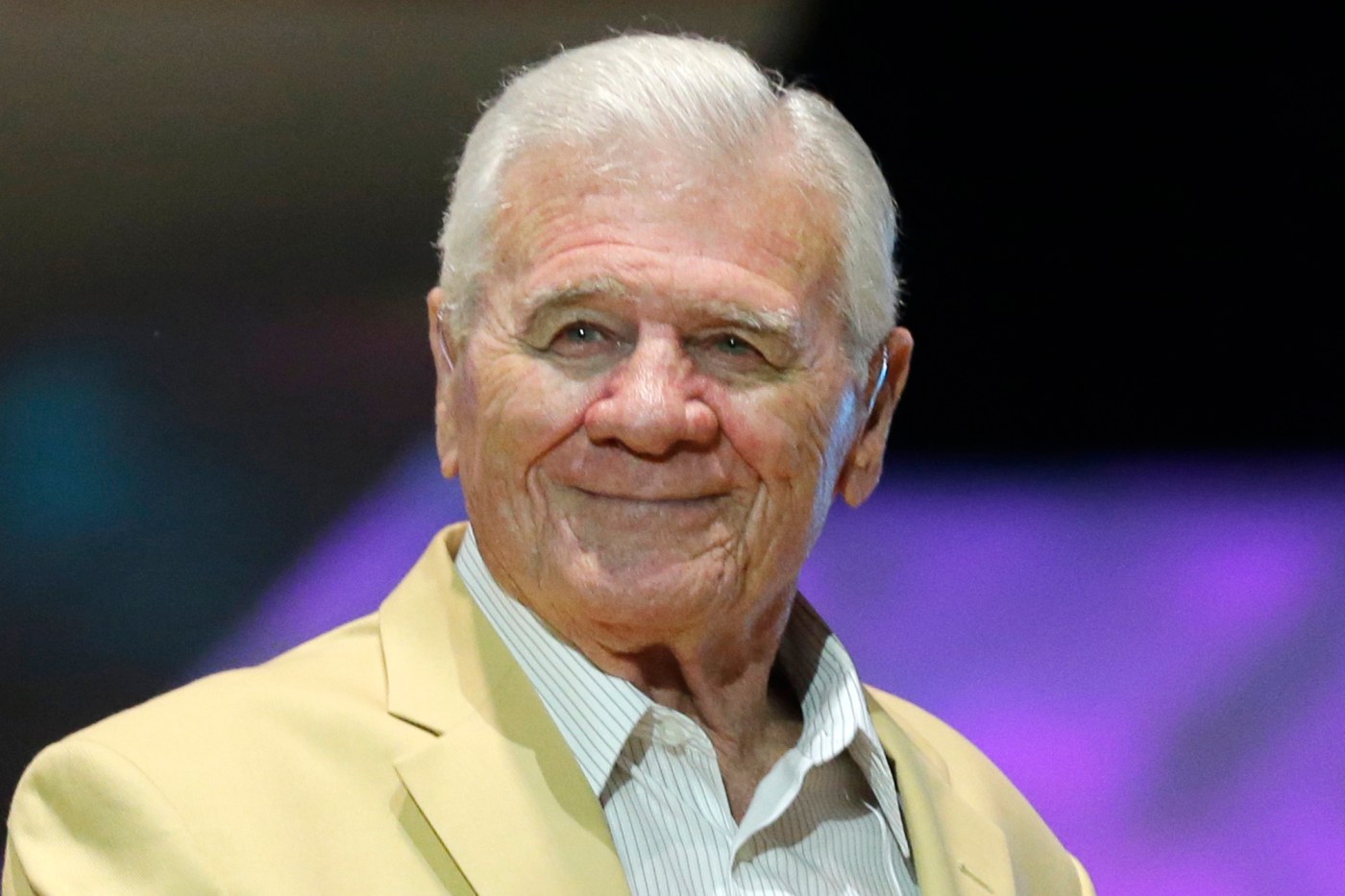 NFL Hall of Famer Hugh McElhenny, an elusive running back from the 1950s has died. He was 93.

The Pro Football Hall of Fame said in a news release that McEhlenny died of natural causes on June 17 at his home in Nevada, and that son-in-law Chris Permann confirmed the death.

Elected to the Pro Football Hall of Fame in 1970, McElhenny’s thrilling runs and all-around skills as a runner, receiver and kick returner made him one of the NFL’s top players of the 1950s. He was the league’s Rookie of the Year in 1952 (before the award became official) and made two All-Pro teams, six Pro Bowls and the NFL’s All-Decade squad of the 1950s.

“Hugh McElhenny was a threat in all phases of the game offensively — rushing, pass receiving and as a kick and punt returner. His all-around talent — obvious to pro football scouts when Hugh was still a teenager — will be celebrated and preserved forever in Canton,” Hall of Fame President Jim Porter said in a statement.

An all-conference player at Washington, where he set several Pacific Coast Conference records, McElhenny was selected ninth overall in the 1952 draft and made an immediate impact. Not only did he lead the run-happy NFL in yards per carry (7.0) that season, but McElhenny had the longest rush from scrimmage, 89 yards, and the longest punt return, 94 yards. He scored 10 touchdowns as a rookie.

It was the beginning of a stretch of nine seasons in which McElhenny was the 49ers’ primary offensive weapon. Only in 1954, when a separated shoulder sidelined him after six games, and 1960, his final year in San Francisco, was McElhenny not a focal point for the Niners.

He also was something of a franchise savior, which was fitting because the 49ers once tried to sign him out of high school when they were still in the All-American Football Conference.
“When Hugh joined the 49ers in 1952,” Lou Spadia, then the team’s general manager, said, “it was questionable whether our franchise could survive. McElhenny removed all doubts. That’s why we call him our franchise saver.”

Defenders would call him something else as they got arms full of air instead of the ball carrier.

Easily recognizable for his long stride and high knee action, McElhenny not only was fast but had the moves of a break dancer decades before break dancing became a thing.

“Preparing for a team that lists McElhenny on the roster,” said Hamp Pool, who coached the archrival Rams from 1952-54, “you just can’t take any chances.”

Coincidentally, his long-time 49ers backfield mate, fullback Joe Perry — another Hall of Famer — had played at Compton Junior College in California, where McElhenny starred before heading to Washington. Together in San Francisco, they formed one of pro football’s best backfield tandems.

But the Niners made the postseason only once with …read more

Even if three seasons of Ted Lasso is all that we get, the show’s fans still have as much reason to celebrate like the cast after its many wins at the Emmys. Speaking of the Emmys, the Apple TV+ hit show has its fair share of wins, and if stars Hannah Waddingham and Juno Temple […]