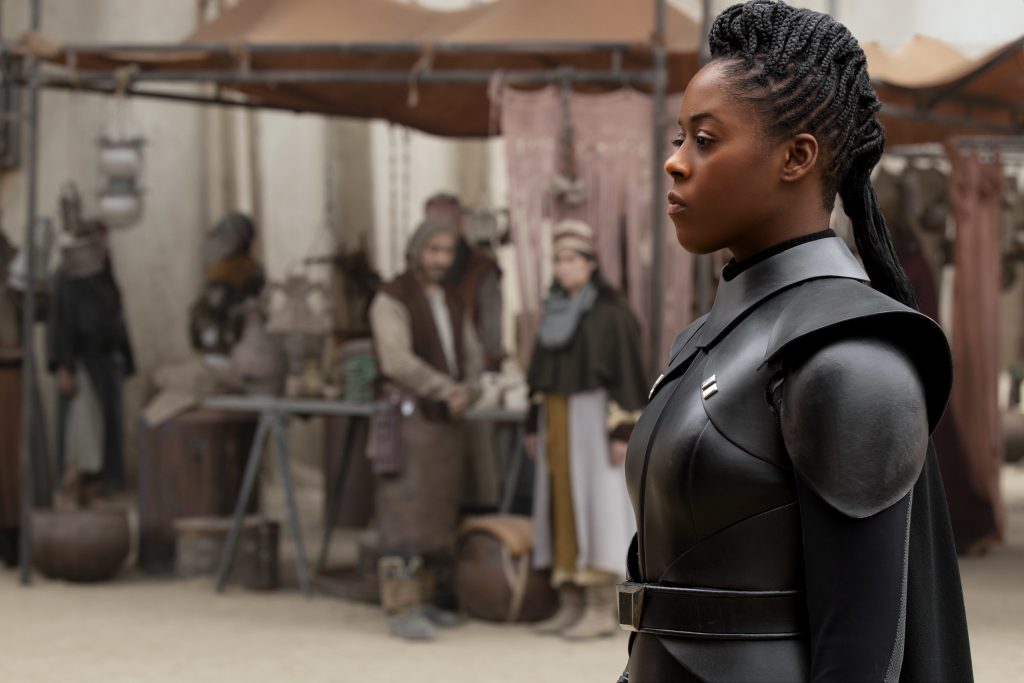 What are Reva’s true intentions in ‘Obi-Wan Kenobi’?

Since Obi-Wan Kenobi premiered on Disney+, Reva (Moses Ingram) has become a fascinating Star Wars character. While she is an Inquisitor for the Galactic Empire, Reva has an interesting past and even more complicated goals. The character’s true intentions were revealed in the fifth episode of the miniseries, which premiered on Disney+ on June 15.

In the show’s fourth episode, Reva has kidnapped Leia Organa (Vivien Lyra Blair) and plans to torture her for information. However, small moments in this episode show Reva most likely would not have been able to go through with this plan, which sets up the reveal fans learn in the next episode.

[Spoiler Alert: This article contains spoilers for the first season of Obi-Wan Kenobi.]

What are Reva’s true intentions in ‘Obi-Wan Kenobi’?

In the fifth episode of Obi-Wan Kenobi, Obi-Wan (Ewan McGregor) discovers that Reva is a former Jedi Youngling who survived Order 66.

While Reva saw Anakin Skywalker / Darth Vader murder her friends, she was able to survive the attack. To try and get revenge against Darth Vader, Reva joined the Inquisitors as a way to get close to him.

The episode ends with Reva attempting to attack Darth Vader. However, he easily beats her and stabs her with her own lightsaber. After she is left on Jabiim, Reva finds Obi-Wan’s transmitter and learns of Luke Skywalker’s (Grant Feely) location.

Reva did not want to torture Leia in ‘Obi-Wan Kenobi’

When Reva has Leia in custody, she tries to question Leia about the Path network, but Leia does not tell her anything. Reva tries to convince Leia that Obi-Wan is dead and those helping the Jedi have abandoned her. While she tells this story, she appears to be projecting her own experience onto Leia.

Leia refuses to cooperate, and so Reva sends her off to be tortured. As soon as Leia is taken away, Reva appears to be holding back tears, possibly upset at the thought of torturing Leia.

In the torture room, Reva gently says, “This is your last chance, Leia,” with her eyes once again looking teary. When Leia still refuses to say anything, Reva presses a small red button to start the torture machine.

As Leia begs for help, Reva appears close to tears and like she is fighting off strong emotions. In a genuine voice, Reva says, “I’m sorry, Leia. I really am.”

“He’s been looking for you for a long time.”

The fourth episode of #ObiWanKenobi is now streaming on @DisneyPlus. pic.twitter.com/NIVuib7x6i

Reva would not have gone through with torturing Leia

Before Leia can be tortured, Obi-Wan convinces Tala (Indira Varma) to send a distraction. As a result, Leia …read more

Why Was ‘Northern Exposure’ Canceled?

Running on CBS from 1990 to 1995, Northern Exposure is a comedy-drama TV series about a small, remote Alaskan town named Cicely. Primarily filmed in Roslyn, Washington, many critics are of the opinion that Cicely is widely based on the historic village of Talkeetna, Alaska. Northern Exposure aired 110 episodes, winning 27 awards out of […]

Completely reimagined and rebuilt while retaining the integrity of its charming facade and architectural detailing, this home in El Cerrito’s coveted St. Jerome neighborhood is a feast for the eyes. Acute attention to every detail creates a design aesthetic that is “an eclectic fusion” of the highest quality materials, appliances and finishes. Its brilliant blend […]

When it comes to being supportive of transgender children, Elon Musk could learn a lot from Jennifer Lopez. Musk, who tweeted in 2020 that he “absolutely support trans,” but that “all these pronouns are an esthetic nightmare,” is being legally rejected by his 18-year-old transgender daughter, who wants nothing more to do with her famous father. […]