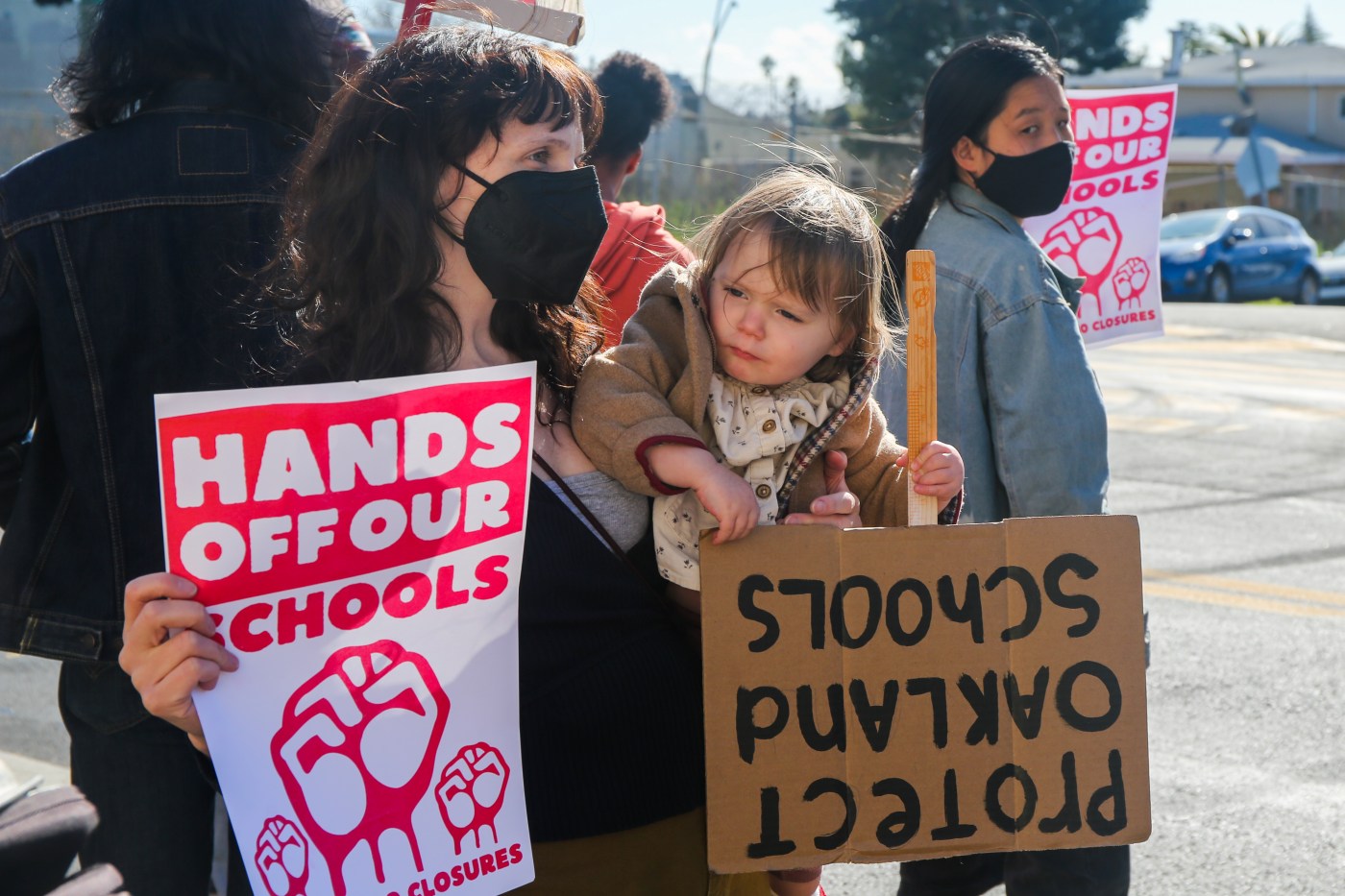 Earlier this month, Oakland Unified’s newly seated school board voted to rescind the controversial closures of five elementary schools, which — because of budget constraints and declining student enrollment — the previous board had slated to shutter later this year.

Across the city, the backtrack of the closures was celebrated by many as a win for families across the city. But at a school board meeting on Wednesday, the details of keeping schools open were put under a magnifying glass — and many were left wondering how the district will pay for schools to remain open after all.

“The amount of money that we have does not change,” said Oakland Unified Superintendent Dr. Kyla Johnson-Trammell, who presented a financial analysis to the board that night. “Whether we decide to have 10 more schools, 5 more schools, or 10 less schools. If we add five schools back, you have the same amount, and we have to redistribute what everyone gets.”

Last February, the state’s Fiscal Crisis and Management Assistance Team reported that the district was facing a budget shortfall of more than $60 million per year, and that across the district, nearly 40% of all elementary schools had fewer than 304 students, the number needed to keep schools sustainable. The five elementary schools due to close — Brookfield Elementary, Carl B. Munck Elementary, Grass Valley Elementary, Horace Mann Elementary, and Korematsu Discovery Academy — all had fewer than 200 students, the report said. Grass Valley, the smallest, had just 128.

On Wednesday, the Superintendent’s presentation showed even more staggering figures: that rescinding the closures, for example, will lead to staff costs of over $5 million, along with expanded facility upgrades, a plan with an $82.9 million price tag.

Despite the costs, families — and many of the board members — were not swayed by the numbers. Some parents expressed their continued relief for the rescinding of school closures; others expressed their hesitancy to accept the findings of the report, with some on the board and in the audience claiming it told a narrow, uneven picture of financial impact.

“I’m ready, like so many other community members and mothers of kids affected by school closures to finally be able to move forward and start the healing process for the trauma of the last 11 months,” said Meghan Langston, whose child attends Hillcrest Elementary, which was slated to lose its middle school before the vote was versed.

The move to close the schools was met with bitter opposition last year. There were packed school board meetings, days of protests, and two teachers on hunger strikes, along with a complaint from the ACLU of Northern California and calls for an investigation into how race played a role in the closures.

But at the same time, Oakland Unified was in financial turmoil. For nearly two decades, the district was under what’s known as state receivership, a mechanism that guarantees the state control over key decisions when a district runs out of money.

Now, Oakland Unified is in a similar, yet different sort of operating …read more

Glass Onion is one of the hottest new films on Netflix — and for many fans, it is the star-studded cast that really makes the movie such a standout. Helmed by Daniel Craig, Glass Onion also includes such acclaimed performers as Kate Hudson, Janelle Monae, and Dave Bautista. For Bautista, the film is the latest […]

Miss Manners: Am I wrong to expect another chance to attend their wedding?

DEAR MISS MANNERS: My husband and I were invited to our good friend’s wedding. Unfortunately, we had plans to be on a cruise then, so we graciously declined. We gave the couple a very nice wedding gift and were also in contact with the wedding party and did a few favors for them as the […]