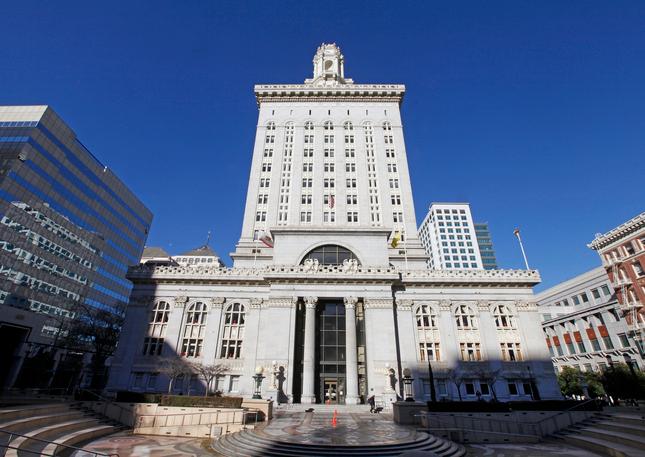 OAKLAND — As lawmakers around the state are exploring potential ways to pay reparations for slavery, Oakland has revived and says it’ll enforce a seemingly forgotten city law that requires certain city contractors to disclose any historic ties to slavery.

The ordinance, approved by a city council 15 years ago, also creates a fund of reparations money that’s supposed to be disbursed to help residents in the city’s poorest neighborhoods. But it doesn’t force companies to put any money into the fund.

The affidavit has to include the name of enslaved people and slaveholders in company records and any evidence of business transactions that profited from slavery, according to a memo from City Attorney Barbara Parker, who brought the issue to the City Council on Tuesday night along with council members Larry Reid and Loren Taylor.

Although the ordinance was approved in 2005, there’s no record that it was ever implemented, according to Parker’s memo. There also isn’t any accessible form for contractors to submit or any public information showing whether or how city contractors are complying with the ordinance.

“The City Attorney’s Office has also heard reports that the City Administrator may have waived the requirements of the Ordinance for certain contractors, but that has not been verified,” the memo says.

The resolution passed by the City Council on Tuesday to revive the ordinance requires the city administrator to immediately prepare an affidavit form for contractors and to tell the council by the end of the year how the process is going, according to Chief Assistant City Attorney Maria Bee.

The ordinance also mandates the establishment of a fund to support education and economic development in “economically depressed” Oakland neighborhoods. City contractors or others could contribute to the fund, but won’t be required to.

Other cities have implemented similar disclosure policies and funds, including San Francisco, but according to that city’s 2017 disclosure report — the most recent one available on its website — no firms have …read more

When and where to watch the vice presidential debate

Vice President Mike Pence and Democratic challenger Kamala Harris will face off Wednesday night in the only vice presidential debate of the election. The debate comes amid a coronavirus outbreak at the White House that has caused some health experts to suggest the event should take place virtually to keep both candidates healthy. Pence, in […]

By Tim Ahmann, Susan Cornell, David Morgan and Doina Chiacu | Reuters WASHINGTON – U.S. Treasury Secretary Steve Mnuchin on Wednesday said he and House of Representatives Speaker Nancy Pelosi were “far apart” on some details of another coronavirus relief package, and that an agreement would be hard to reach before the Nov. 3 election. […]