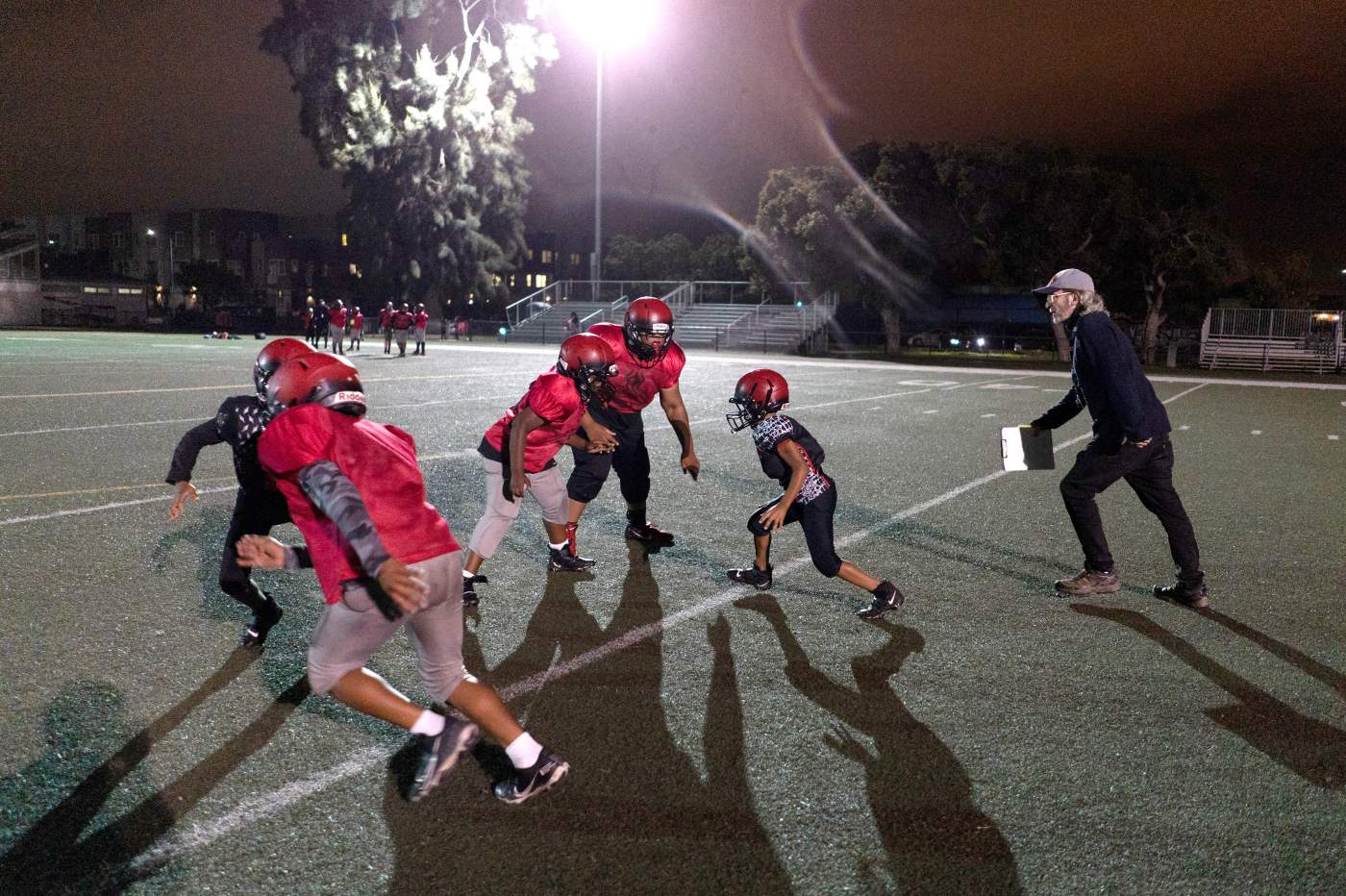 A staggering amount of last-minute support from hundreds of donors has saved the season for the players on the East Bay Warriors’ under-10 Pop Warner football team whose families couldn’t afford to send them to the national championships.

Less than 48 hours ago, the Oakland-based team was in danger of having to leave a few players behind because the $1,000 fee to travel to Orlando, Fla. for next week’s nationals was cost prohibitive for their families.

In all, the Warriors needed to pay roughly $30,000 to send all 30 of the team’s players on the 10-day trip to play against the best teams in the country at the Universal Studios complex. A GoFundMe account set up nearly three weeks ago to aid the Warriors’ cause had by Monday generated $18,000, which would offset more than half the costs, but wouldn’t allow every player to make the once-in-a-lifetime trip.

That all changed on Wednesday.

The Warriors were stunned to see a flood of donations that raised a game-changing $90,000 by late Wednesday night. Hundreds of people from all parts of the Bay Area flooded the Warriors’ GoFundMe page with donations after a story appearing in this news organization detailed the Warriors’ plight.

“It’s unreal … really unbelievable!” Warriors coach Michael Ott said during a phone call Wednesday night. “We were not at all expecting this. We’re all blown away.

“Some of the parents were in tears when they saw it this morning. These aren’t folks who get a lot of big-time support.”

The $90,000 donated will not only cover the $30,000 travel fee for all the players, it will allow the Warriors to eliminate all costs for each family. For many of the families, the hundreds of dollars spent on the Warriors’ registration fees and uniforms before the season had already represented a real financial setback. Ott is extremely thankful that the Warriors will be able to take care of all expenditures for the boys, including food and spending money, on their trip beginning Dec. 2.

The team also plans to rent buses while in Orlando and take the boys to Disney World as a treat for their undefeated season thus far.

“No family is paying anything on this trip,’’ said the appreciative coach who has spent more than a decade coaching young football players in West Oakland.

Ott said the money leftover will be applied to registration fees next season for the players. In addition, after years of having to hand out old equipment to players, Ott anticipates being able to finally provide the kids with new helmets and shoulder pads.

The outpouring of support from more than 500 people included a significant donation from a charity run by former Oakland Raiders Hall of Fame coach John Madden and his sons. Their donation was accompanied by a note: “Oakland and Football! Still a winning …read more

RICHMOND — After a first half of offensive fireworks, host Salesian High played keep away in the second half and the result was a 36-28 win over Aragon  in the Northern California 6-A championship game. The score was 30-28 at halftime in favor of Salesian, at which point coaches Chad Nightingale and Steve Sell (Aragon) […]

Omar Kelly: Tua Tagovailoa’s play shows he’s an asset Dolphins should be trying to build around — not looking to replace

It may not be sexy. But it’s efficient. It’s not forceful. It’s fluid. Judge Tua Tagovailoa by any standard you’d like to create and don’t be surprised when the Miami Dolphins’ quarterback clears the bar. Sunday’s 33-10 win over the Carolina Panthers, who came into the game with the second-best defense the Dolphins have faced […]