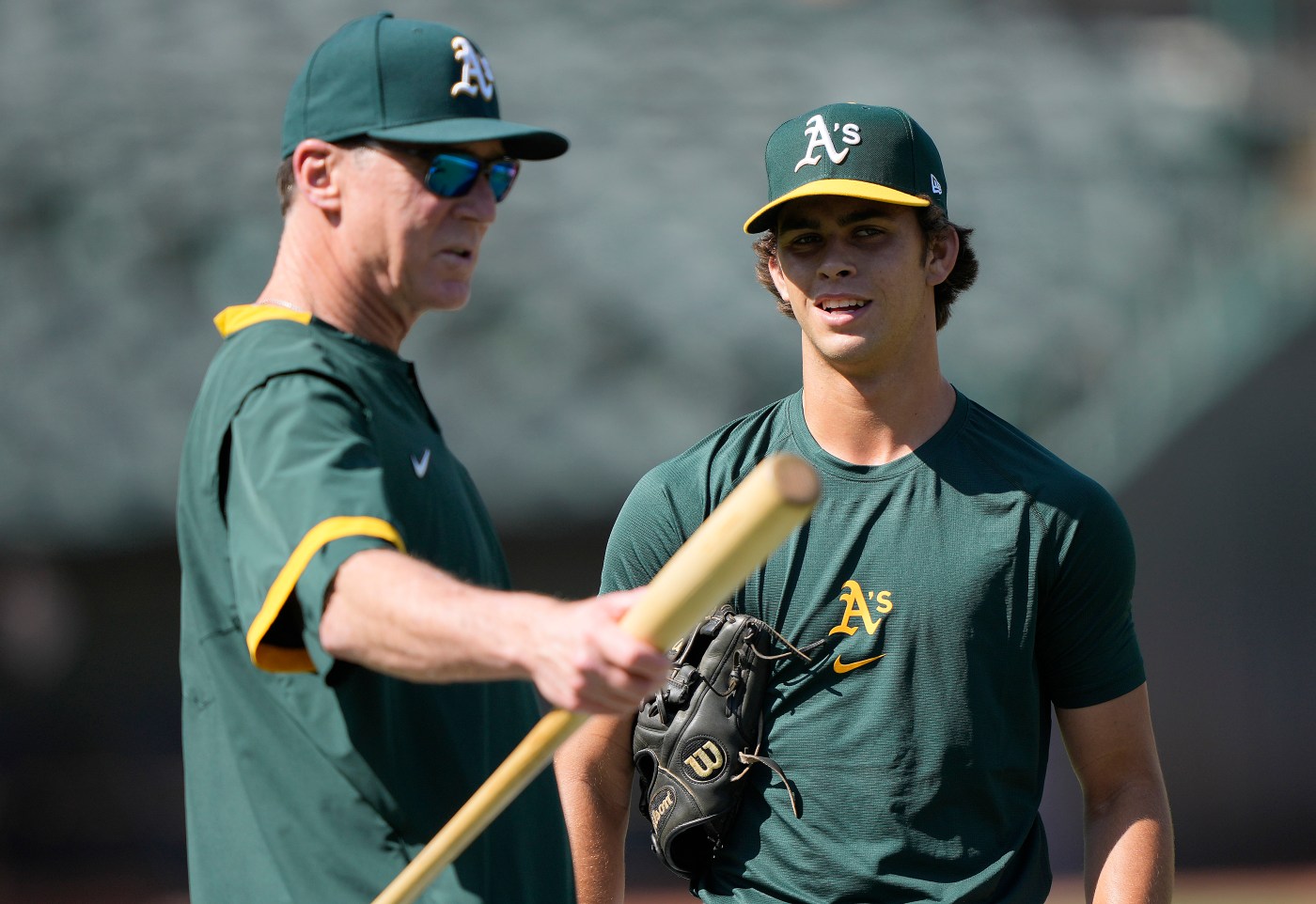 The A’s brought first-round pick Max Muncy to take some batting practice and field baseballs with the big leaguers after inking him to a deal worth $2.85 million on Monday. Two days later, the A’s announced they’d signed 16 other of their 20 draft picks — and two un-drafted free agents.

Oakland has not yet signed their second-round pick Zack Gelof, a third baseman out of Virginia, fourth-round pick outfielder Denzel Clarke out of CSU Northridge and fifth-round pick CJ Rodriguez, a catcher out of Vanderbilt.

When will Jesús Luzardo return to the A’s? A look at what he’s working on in Las Vegas

Kurtenbach: The time has come for the Oakland A’s to show their cards

The A’s signed two un-drafted free agents. Nick Brueser out of Stanford, a 22-year old hit first baseman who hit .304 with 11 home runs and a .914 OPS in 52 games for Stanford this year. He played four years for the Cardinal. Auburn’s Jack Owen, a 23-year-old left-handed pitcher with a 5.47 ERA in 11 appearances in his senior year.

The A’s entered the draft with $6,188,900 in their bonus pool and have enough under the slot to sign the unsigned draft picks. Reports from MLB.com broke down some of the signing bonuses for the rest of the A’s draft picks. The first 10 picks are assigned slot values, and teams can go over and under each assigned slot while staying under the overall bonus pool allotment for all 20 picks:

Third round pick RHP Mason Miller signs for $599,100, full slot value. Miller, out of Gardner-Webb University, can touch 99mph on his fastball.

Ninth round catcher Shane McGuire out of San Diego University signs for $100,000, below the …read more

Former Stanford star Nneka Ogwumike won’t be playing for Nigeria in the Tokyo Olympics after her appeal was rejected by the Court of Arbitration for Sport. Ogwumike, along with Elizabeth Williams, had asked the CAS to grant them a provisional measure and add them to the Nigeria roster. The pair of WNBA players were notified […]

Sharks get one key remaining RFA under contract, still have others

SAN JOSE — The Sharks locked up one of their remaining restricted free agents, announcing on Thursday the re-signing of forward Rudolfs Balcers to a two-year contract. Balcers, 24, had 17 points in 41 games for the Sharks last season after the team claimed off of waivers in January. Balcers, a Sharks draft pick in […]

La Cocina-born restaurant Onigilly, maker of the popular Japanese street food staple, onigiri, is opening a much-needed fast-casual option on Walnut Creek’s Locust Street this summer. The restaurant, slated to open in August in the spot currently housing De Afghanan at 1372 Locust Street, will be the first Contra Costa County location for the small […]