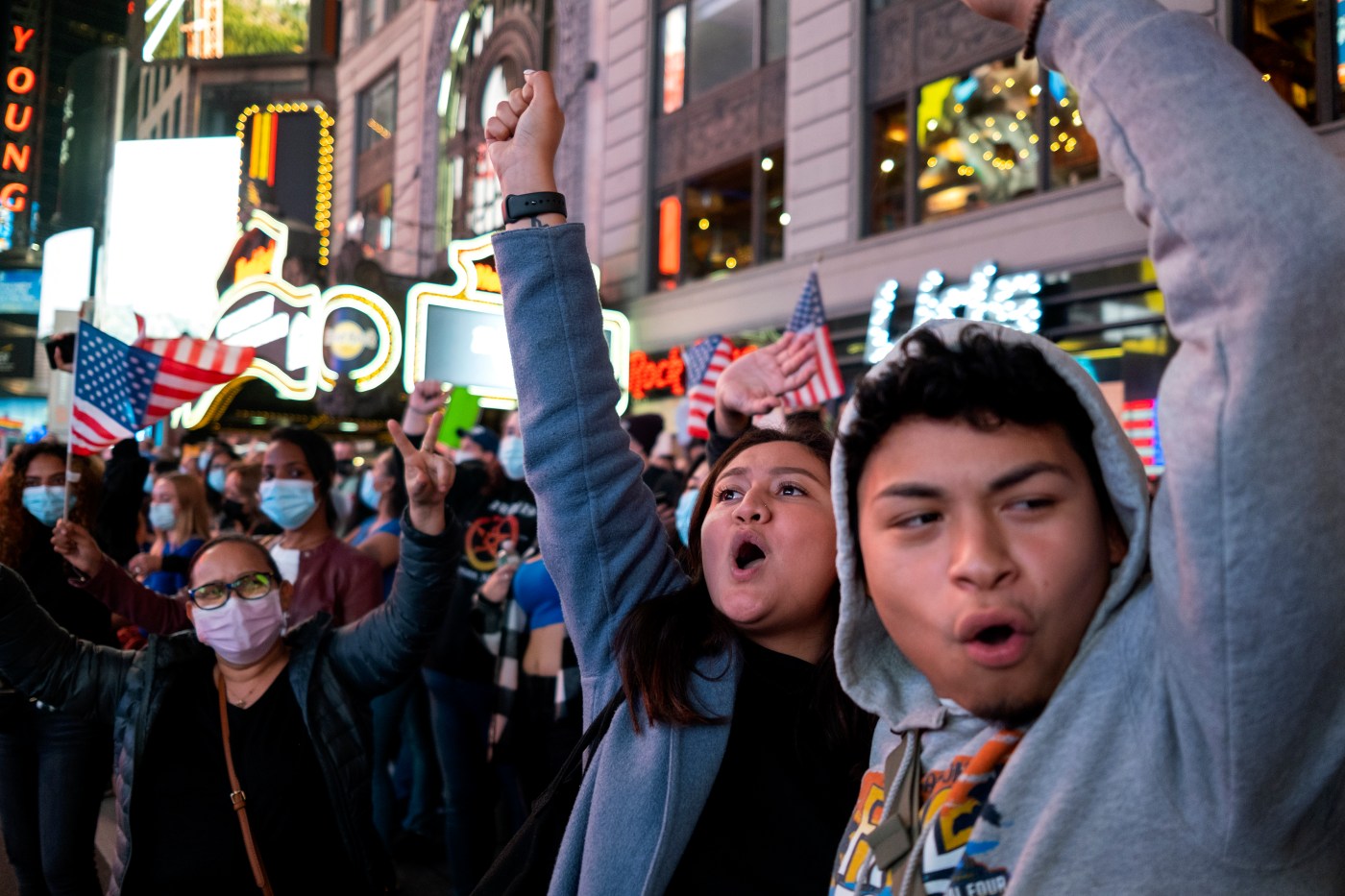 NEW YORK – A New York City man has been criminally charged with sending death threats on social media, in part because he was unhappy with Democrat Joe Biden being declared the winner of the presidential election, the U.S. Department of Justice said on Tuesday.

Members of the Joint Terrorism Task Force arrested Brian Maiorana, 54, at his Staten Island home on Tuesday after he posted threats directed towards protesters, politicians and law enforcement.

At a late afternoon hearing, a federal judge in Brooklyn ordered Maiorana detained while his lawyer works on a bail proposal, which the government plans to oppose.

The lawyer, federal public defender James Darrow, declined to comment after the hearing.

Prosecutors said Maiorana’s online threats began before the election, including when he said on Oct. 19 it had “come to the point where pipe bombs need to be thrown into these mobs of potentially non violent violent protesters.”

The complaint said Maiorana posted on Nov. 5 that people claiming to be Democrats should be exterminated, and appeared to respond on Nov. 8 to celebrations of Biden’s victory by posting: “All right thinking people need to hit the streets while these scumbags are celebrating and start blowing them away.”

Maiorana also appeared to refer that day to New York Democratic Senator Chuck Schumer, the Senate minority leader, by posting: “As the Jew Senator from Jew York said nothing is off the table … We blow up the FBI building for real. All the alphabet agencies assassination will become the new normal.”

Ex-CEO accused of record $2 billion tax fraud scheme wants to be tried in Texas, not the Bay Area

“This defendant greatly exceeded what can be characterized as political hyperbole,” McConnell said.

He also said Maiorana, a registered sex offender in New York, was a flight risk and presented an “irremediable threat” of danger to the community.

Coachella festival to release clothing collections: Here’s how you can snag some swag

The Coachella Valley Music and Arts Festival isn’t just a tastemaker in music, but also in fashion, with popular brands marketing festival looks just in time for April. Now the Indio based festival has announced its own clothing collections but you won’t find any flower crowns, fairy wings or bedazzled items. The festival, which didn’t […]

Dear Miss Behavin’: I recently adopted a dog named BoBo. He’s sweet and fun but pulls on leash. My last dog always walked by my side and I’m hoping BoBo will eventually do the same. Where do we start? To teach polite leash manners, it’s best to start working on keeping a loose leash in […]

When the Raiders handed the Kansas City Chiefs their only loss on Oct. 11, their six chartered team buses took a spin around Arrowhead Stadium before heading for airport and a triumphant ride home. Chiefs coach Andy Reid is a notorious press conference flatliner, but made mention of it twice Monday after his team returned […]