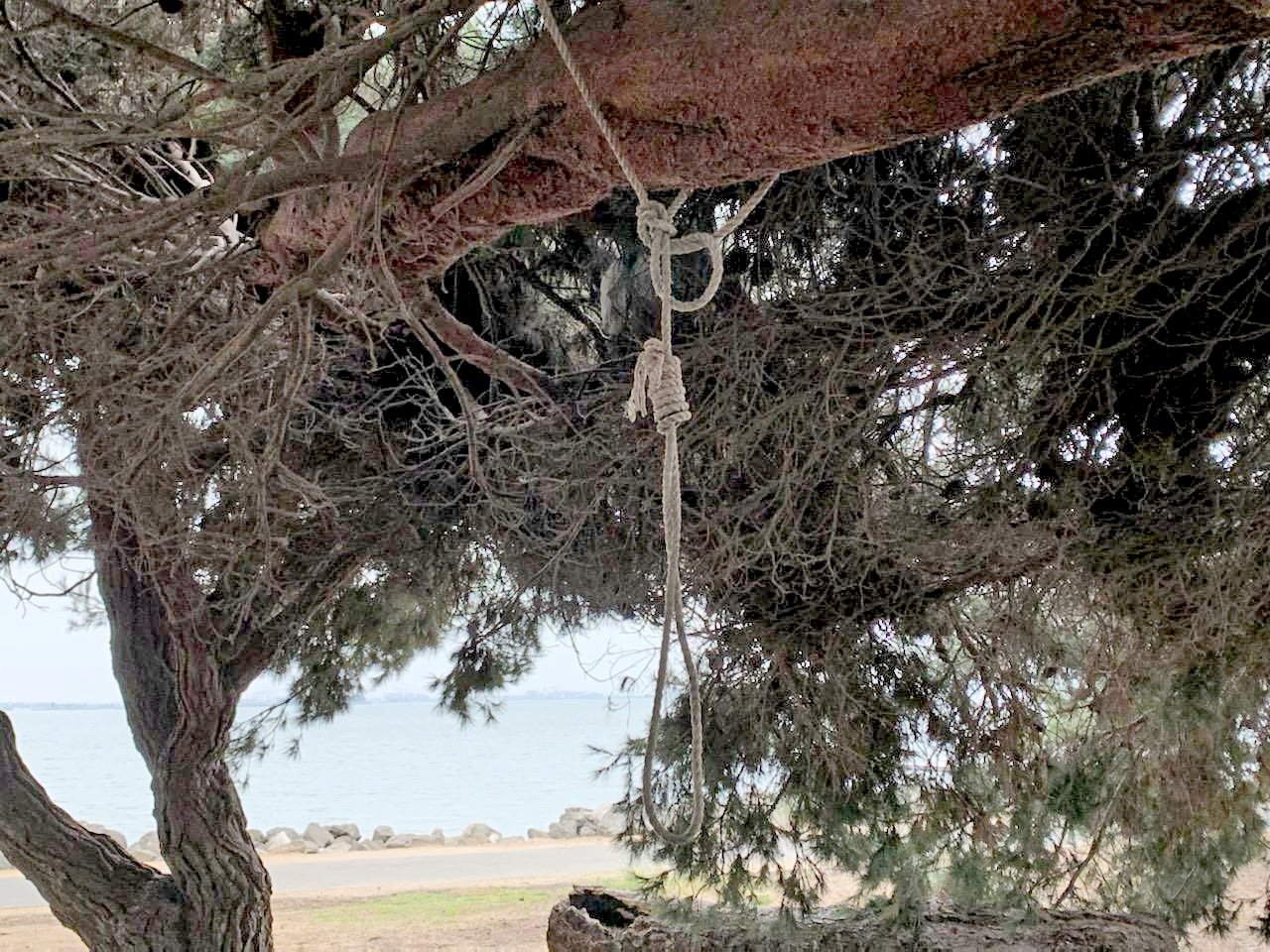 BERKELEY — A man suspected of tying a noose and fastening it to a tree at the Berkeley Marina on Thursday has been charged with misdemeanor terrorizing, which is considered a hate crime, according to court records and authorities.

The suspect, identified as Jaime Robledo-Espino, 32, who was charged Friday, is scheduled to be arraigned in court Monday morning. He is being held at Santa Rita Jail but no bail amount was listed for him. An address for him was also not available.

According to police, a person who works at the marina  saw a man later identified as Robledo-Espino tying a noose with some rope about 8:17 a.m. Thursday near the South Cove area of the marina. When the employee confronted Robledo-Espino about the noose, he fastened it to a low hanging tree branch and fled the area.

But the employe was able to take a picture of Robledo-Espino, which he provided to police who responded.

Robledo-Espino was arrested about an hour later walking on University Avenue.

According to the state penal code, a terrorizing charge can be filed against anyone  “who hangs a noose, knowing it to be a symbol representing a threat to life” on the property of a variety of locations, including a public park.

By Barbara Ortutay | Associated Press OAKLAND — Facebook said it will ban groups that openly support QAnon, the baseless conspiracy theory that paints President Donald Trump as a secret warrior against a supposed child-trafficking ring run by celebrities and “deep state” government officials. The company said Tuesday that it will remove Facebook pages, groups […]

Resources for Voters in the November 3 General Election

All registered California voters will receive a mail-in ballot this year though select areas will have drop-off boxes and voting centers to deliver your ballot or vote in person. Statewide Register to Vote: https://registertovote.ca.gov/ Check your voter status: https://voterstatus.sos.ca.gov/ Call: 800-345-8683 Email: https://www.sos.ca.gov/elections/contact/email-elections-division Deadline to Register Online by Oct. 19, by mail postmarked by Oct. […]

Los Gatos community briefs for the week of Oct. 16